#RuneQuest update: Recently discovered writings by the late Greg Stafford have revealed the famous "Sable Tribe" of Prax does not ride a type of antelope as long supposed. Instead, as Stafford's first counter designs for his 1975 game WHITE BEAR RED MOON clearly depict, it seems they really get around on giant minks or weasels. Updates will be made to all relevant PDFs. 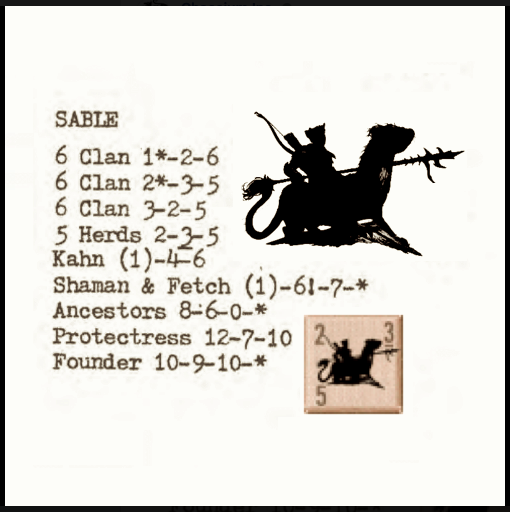