In our last Design Diary, we previewed the three scenarios that feature in Book 3: The Adventures. Today, Jason discusses how the RuneQuest Starter Set can be used as the basis of further adventures beyond those in the Adventures booklet itself.

Finally, the last five pages of Book 2: The World of Glorantha features a close-up two-page map of the immediate area surrounding Jonstown and three pages of brief entries covering various points of interest, geographic features, and other communities. All inspiration for a Gamemaster to further develop these in later games set after the pre-written adventures in the RuneQuest Starter Set are played through. 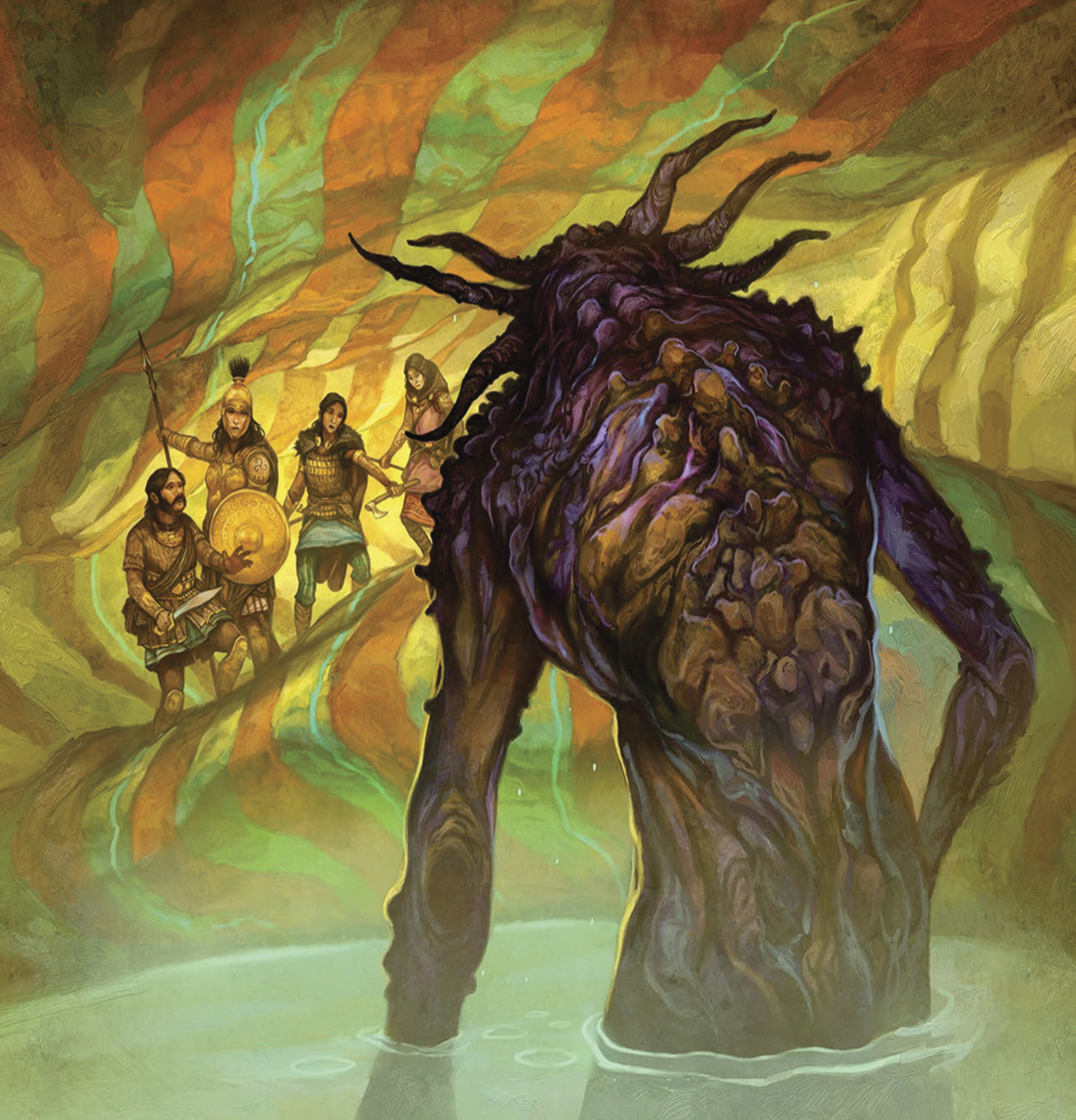 Beyond the Starter Set

A small sidebar in Book 4: Adventures discusses how to utilize additional resources, such as drawing from the RuneQuest Gamemaster Screen Pack's writeup of the city of Clearwine and the smaller village of Apple Lane, as well as the adventures set on each. Apple Lane is less than a day’s walk from Jonstown so this ‘coziness’ helps keep the players familiar with the area they already know, yet expands the world ever slightly more.

With the RuneQuest Starter Set, gamemasters and players have the most direct and accessible entry to Glorantha ever published! The Starter Set is a core product that offers many hours of entertainment, easily expanded into more adventures in the grander world of Glorantha.