The Call of Cthulhu RPG turned 20 in 2001. In August that year Chaosium produced a special edition "leatherette" binding of the 5th edition rulebook (5.6 if you want to be precise).

The standard CHA2399 version, which came shrink-wrapped, has a red foil arcane symbol on the front cover. A further 300 gold foil numbered editions were also done. 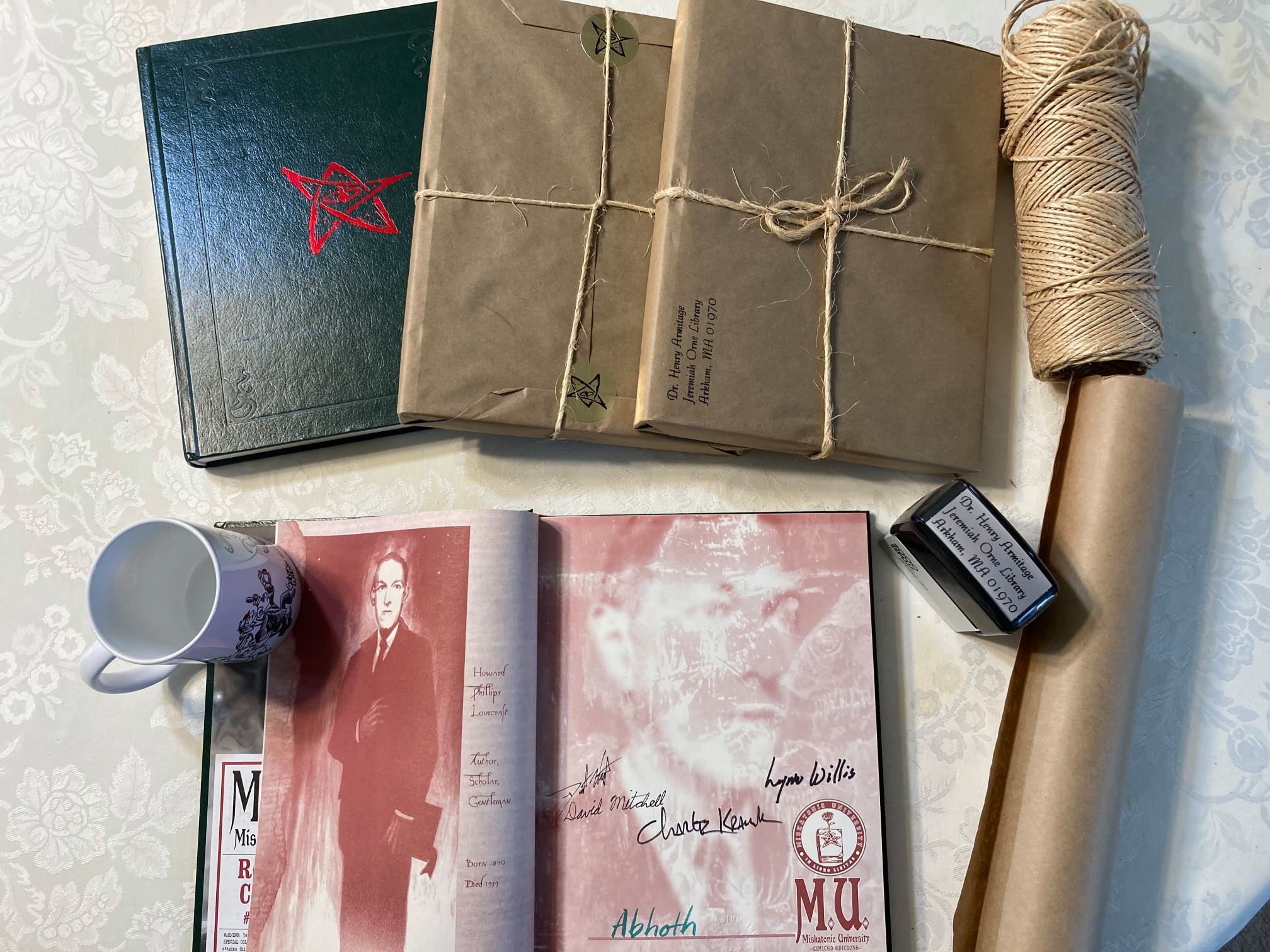 Surprisingly, in our archives we still have the address stamp used, along with the wrapping paper and the twine too.

It's 2021, and it's now the 40th anniversary of Call of Cthulhu. We have some special items underway to mark this milestone. Look out for these later this year!