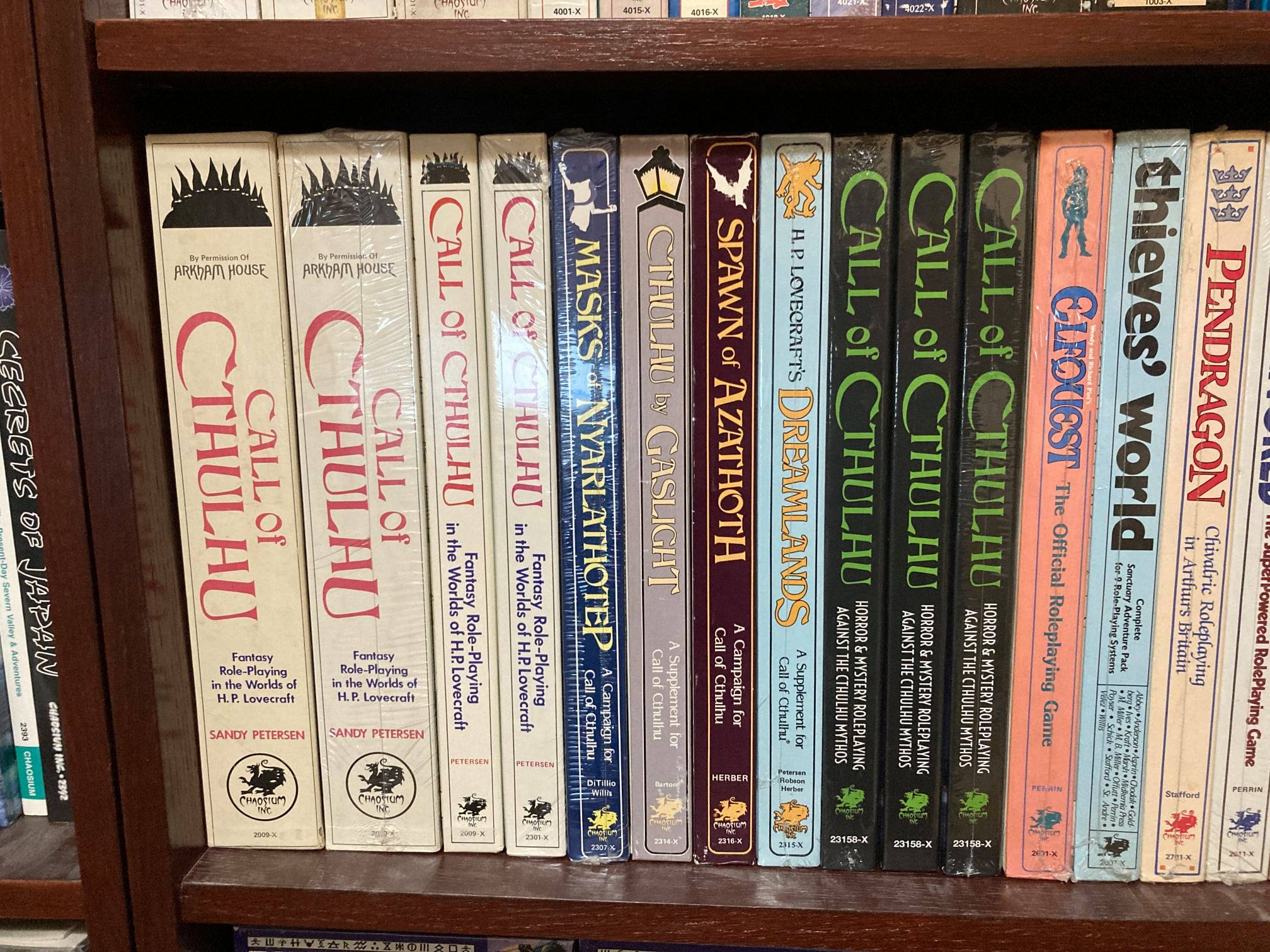 Believe it or not, the scholarly pursuit of understanding and cataloging the specific color of the dice included in each Chaosium boxed set has been seriously undertaken by more than one gaming historian. Knowledge is good. I helped each of these efforts to gain enlightenment*. I'm a big "list" sort of guy by nature and habit.

Recently, some fans were asking about the specific dice, and their color, used in the early Call of Cthulhu boxed sets from the 80s.

Unfortunately, the answer is somewhat disappointing.

The Chaosium was absolutely not "The Orderium" when it came to the dice used in any specific boxed set. In the late 70s and for much of the 80's Chaosium purchased most of their dice in bulk from Chessex. Greg Stafford and Don Reents (Chessex) go way, way back.

The Chaosium would buy the most economically priced dice they could; as long as they were of the right number of sides, and not factory seconds, the color of the dice did not matter at all. If Chessex had too many red D20s or yellow D12s as overstock and were willing to sell them a little more cheaply, all the better for Chaosium. One common characteristic of the polyhedral dice (all but the D6s) is that they almost never had paint filling in the numbers. In the early days people were used to using a crayon or their own paint to make the numbers easier to read. 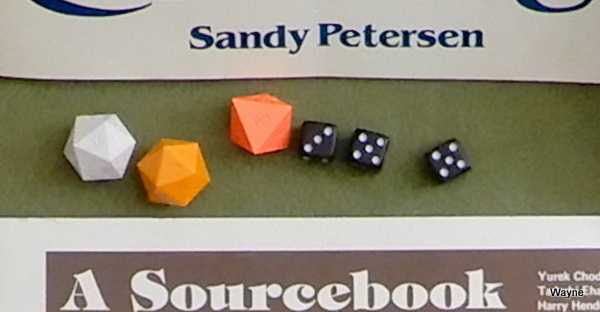 Back in the Chaosium warehouse, each type of die was put in a big box or fish bowl for the warehouse staff to collate into the boxed sets. Chaosium collated and shrink-wrapped all of their boxed sets in-house. Enduring the heat from the shrink-wrapping process was a rite of passage on team Chaosium. As long as you put the required number of dice of the correct type in the box before shrink-wrapping it, all was good in the world. You wouldn't be made to clean out the room where the company's small herd of goats were kept at night.

I've spoken with Chaosium warehouse people from back in the day, including Greg's kids who would pitch in from time to time, and the answer was always the same. Color didn't matter. It was the type of dice and the quantity required that mattered. The only thing that was pretty standard when it came to the dice included was that the D6s were smaller, usually white, and had pips instead of numbers because, wait for it, they were cheaper that way.

In case you wondered, here's what I told a collector about the dice in the early CoC editions:

This sort of detail is often specified on the box, but also inside on a single sheet of paper entitled "what's in the box". 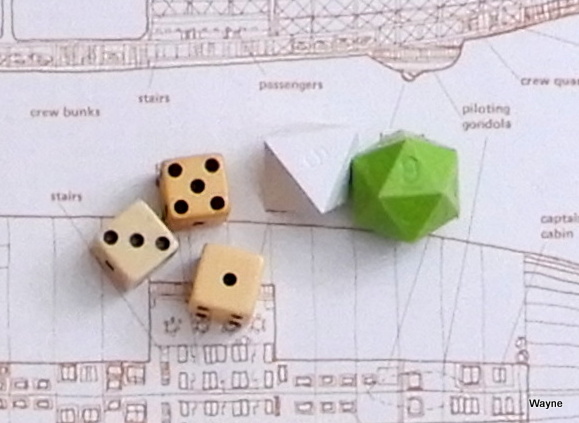 *Though pleas to open the shrink-wrap on any of the "mint-in-the-shrink" sets in my own collection to help prove or disprove these dice-related queries or theories I politely yet firmly declined.

Note: some of these dice pics are from Wayne's Books own recent deep dive into Chaosium boxed sets and the dice that came with them.