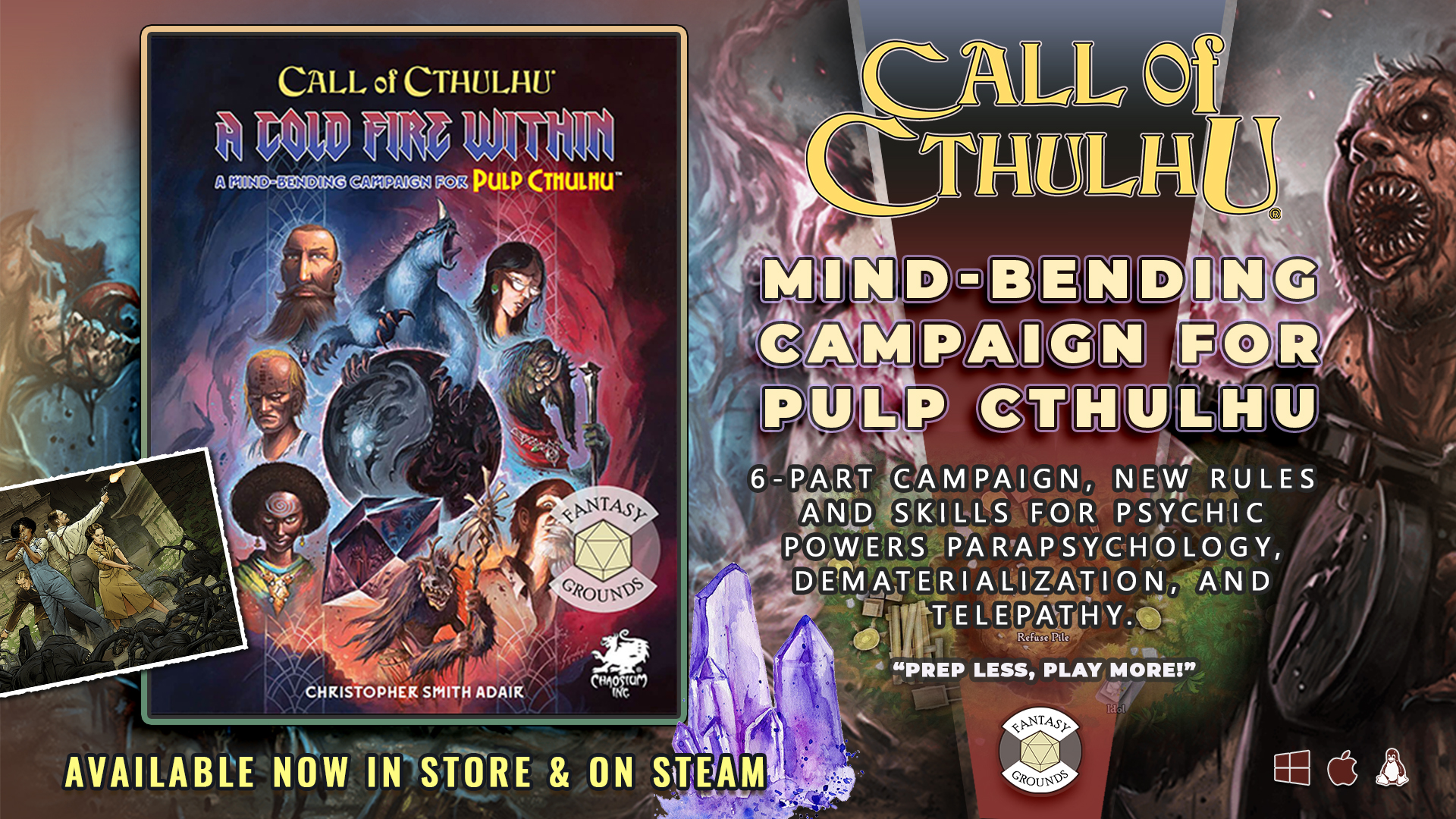 New for Fantasy Grounds VTT: A Cold Fire Within is a campaign for Pulp Cthulhu. Set in 1935, a missing person case leads to the discovery of a foul plot that could change time itself and bring disaster to the world.

A Cold Fire Within is a complete six-part campaign for Pulp Cthulhu. It presents new rules and skills for psychic powers--Parapsychology, Dematerialization, and Telepathy--new spells, details of the people and lands of K'n-yan, as well as a new hero organization--the Open Mind Group. Six ready-to-play heroes are provided. 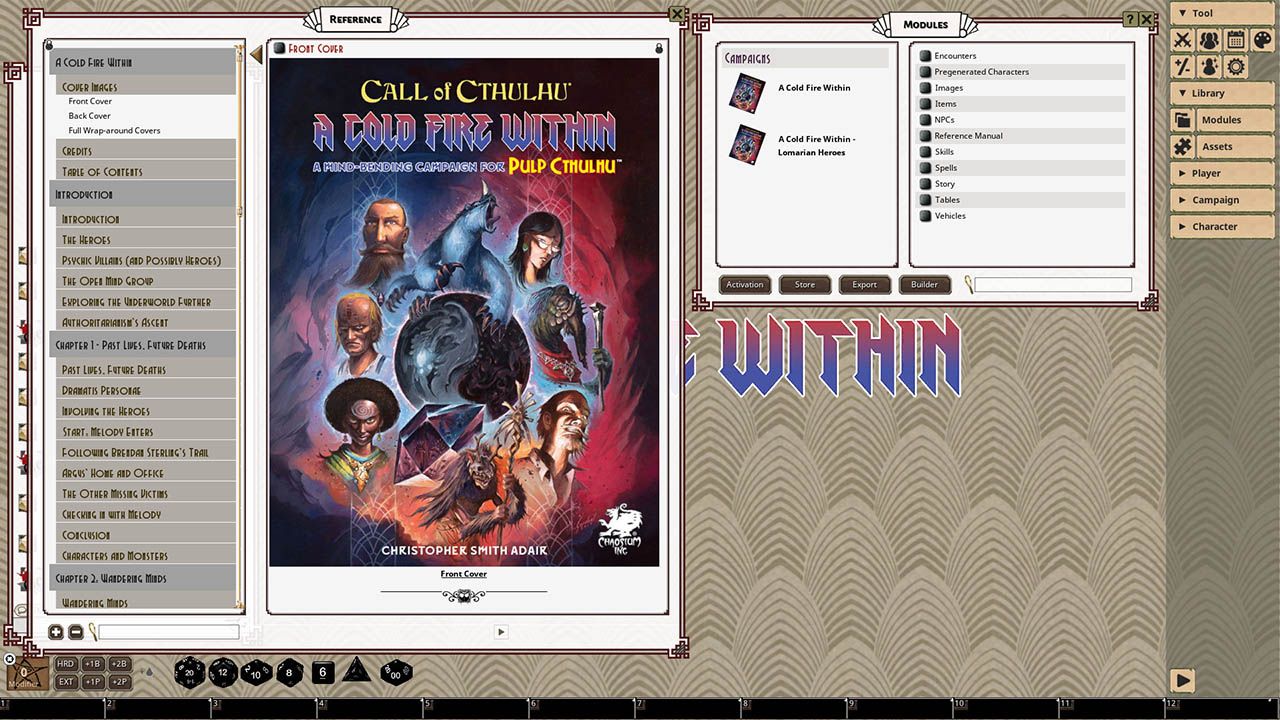 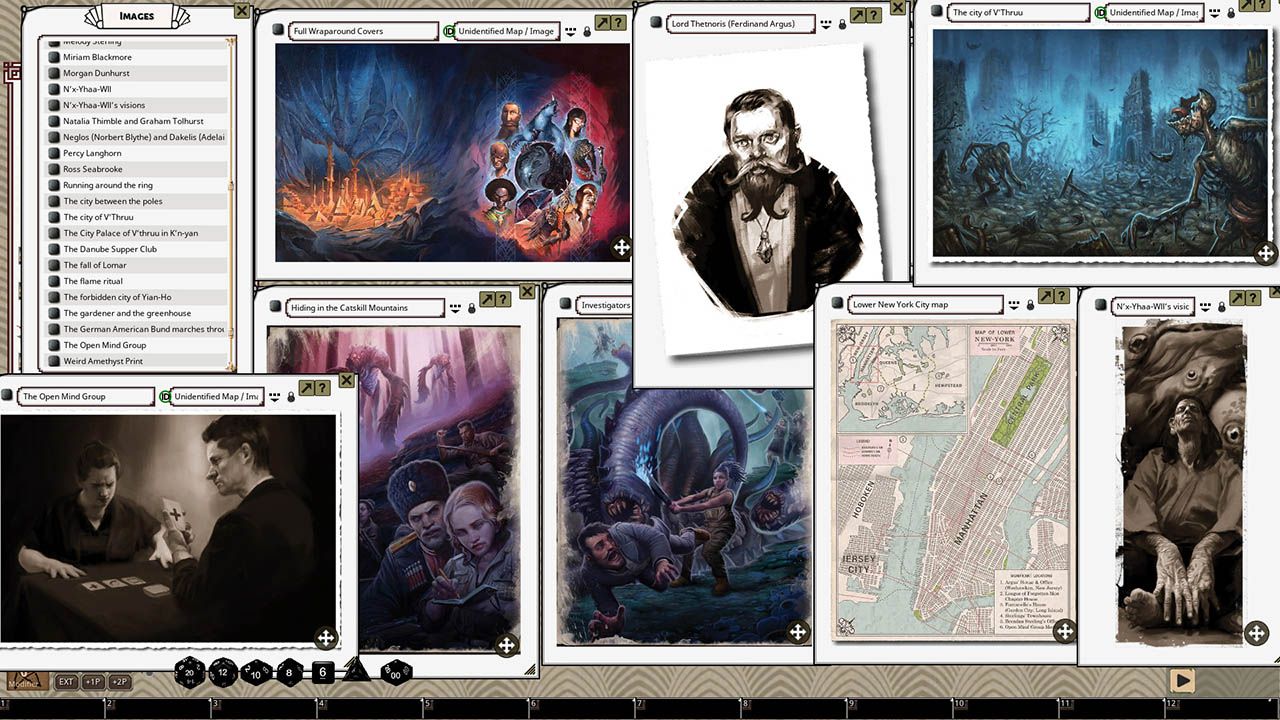 What the critics say about A Cold Fire Within: 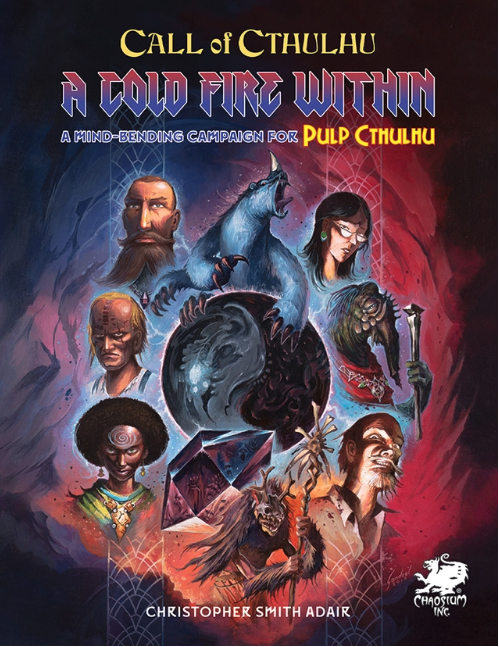