Meanwhile, here are the most recent titles from community creators: 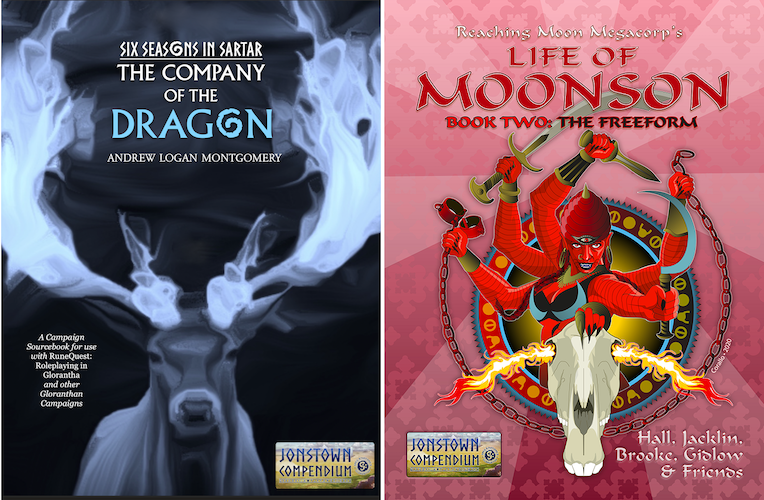 In the shadow of the Quivini, at the dawn of the Hero Wars, a young Seven Mothers convert began collecting stories of rebel warbands hiding in the wilds of occupied Sartar. Among these accounts were repeated stories of one particular warband... clanless, tribeless, bound to a draconic spirit of immense power. Some called them traitors and insurrectionists. Others painted them as folk heroes and freedom fighters. They were called the Company of the Dragon. And some say they helped the Prince of Sartar win her throne.

The 270-page sequel to the Gold bestselling and critically acclaimed Six Seasons in Sartar ("One of the best RuneQuest adventures ever", says RPG historian Shannon Appelcline).

Reaching Moon Megacorp’s Life of Moonson, Book Two: The Freeform contains everything that none of the players knew before this fifty-player live-action role-playing game began: all of the rules, ability cards, secret plots and game directors' notes. Witness economic devastation, sudden tragedy, military coups, the hunt for the Moon Child... and the Glorious Re-Ascent of Moonson!

Companion volume to Life of Moonson, Book One: The Characters. 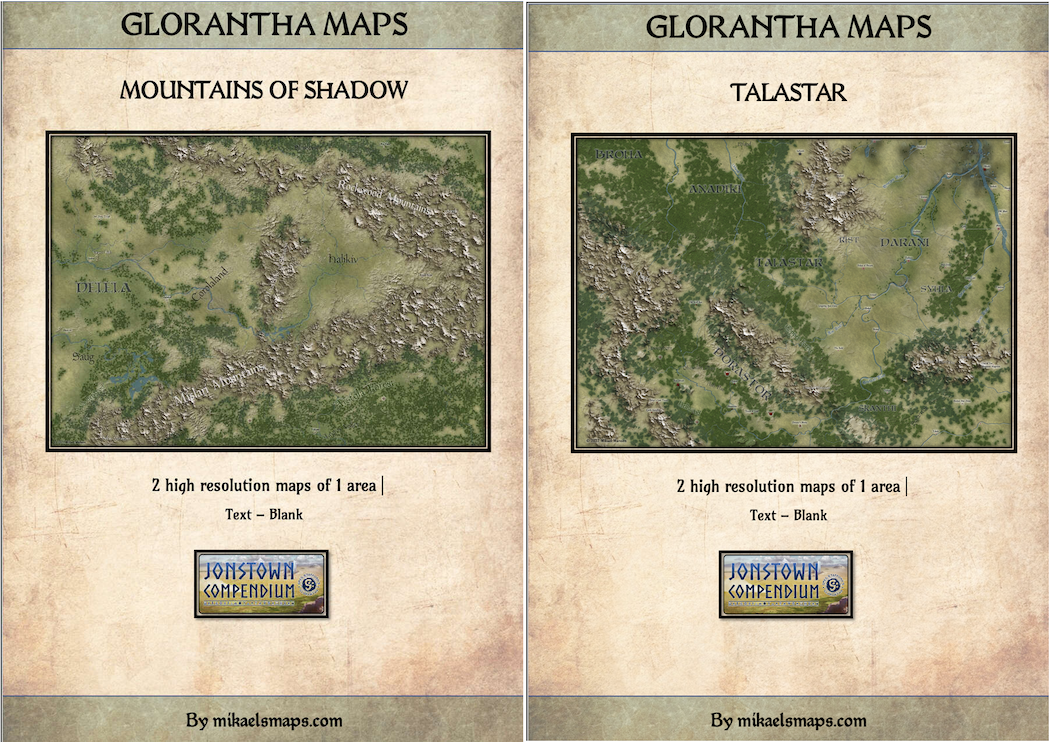 The second in a series of resource books for RuneQuest GMs detailing an 'insula' or city block that makes up the ruins of the Big Rubble.

Welcome to the Teshnos,the Kingdom of the Sun.

The third installment in Monster of the Month's mini-series of Rune Masters is a shaman of the Golden Bow. Vajra is a grief-stricken elder of the Pure Horse People who wanders the skies of Dragon Pass on the back of the great vrok hawk Sunfriend. He is designed to allow the gamemaster to use him as a tragic antagonist, a flawed mentor, or with a blending of themes.

The fourth Monster of the Month's mini-series of Rune Masters is Wenkarleos, a Lunar Tarshite noble and Rune Lord of the Seven Mothers.

52 clipart files ready for your projects. Dario grants permission to purchasers to use these illustrations in their own Jonstown Compendium publications (with a credit to the artist), and to GMs and players solely for their own use in handouts and character sheets.

Artist of The Rough Guide to Glamour Dario Corallo has created a series of counters for play with Virtual Tabletops. Here, the Sazdorf and the Redstone Trollball Teams. Complete with Referees and Healers. (Dario says he would claim that no trollkin hasn't be maimed for this pack, but it wouldn't be true ;-) )

Undead and Maps for your vtt campaigns in the Upland Marsh…

Each publication takes one of the main homelands detailed in the RuneQuest: Roleplaying In Glorantha rule book and uses the Family History (RQG Family History) rules to create a potted history for a character. Featuring 101 pre-generated family histories with potted history, extended family members, starting passions, skills and notes from the family history creation process that provide the framework for a character that can be used in a pinch and fleshed out when time is available.