Here's some helpful information about the three editions of our medieval setting for Call of Cthulhu, and how they differ. 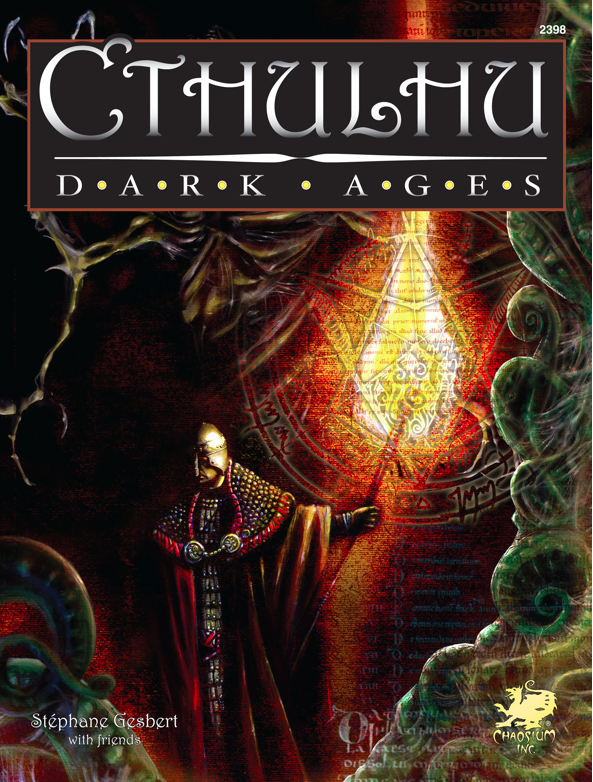 The first Cthulhu Dark Ages edition came out in 2004. It was originally published in German by Call of Cthulhu licensee Pegasus Spiele under the title 'Cthulhu 1000AD'. The author was Stéphane Gesbert. Although based in the same time period as Cthulhu Dark Ages 2nd and 3rd Editions, the first edition has continental Europe as its setting, rather than Anglo-Saxon England.

The original Cthulhu Dark Ages won the award for "Best non-d20 RPG" in the 2004 ENnie Awards. 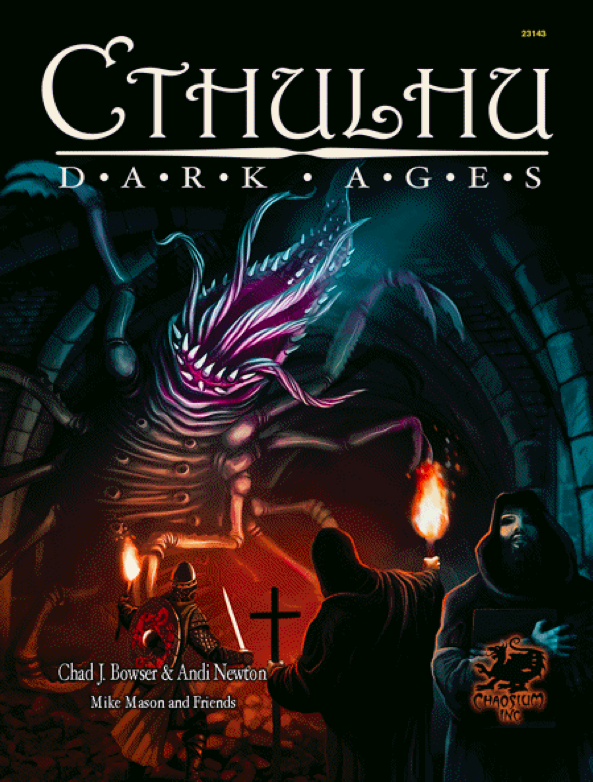 Cthulhu Darks Ages was updated for Call of Cthulhu 7th Edition, and completely rewritten by Chad Bowser and Andi Newton. The new setting is the Severn Valley of Anglo-Saxon England.

The second edition was released at Gen Con 2015, right at the time the new management team came on board at Chaosium. A couple of hundred softcover copies had been produced for sale at the booth, Print-On-Demand with black-and-white interior layout.

Chaosium vice president Michael O'Brien explains why Cthulhu Dark Ages 2nd Edition didn't get a wider release: "We decided not to proceed with a full commercial release at the time because we had plans to significantly lift the production quality of the Call of Cthulhu line, with hardbacks and full colour interior art. We felt this version just didn't do Cthulhu Dark Ages justice." 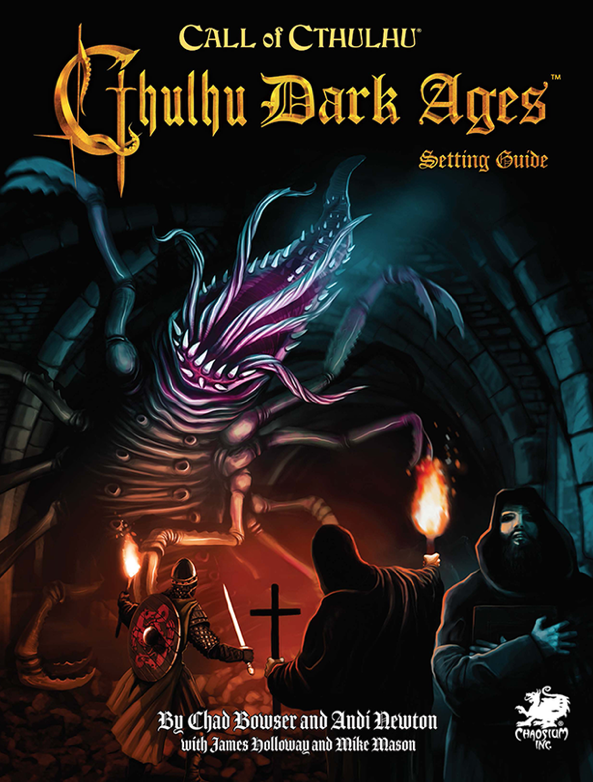 The newly-released third edition of Call of Cthulhu Dark Ages is a revised and expanded version of the second edition, produced in hardcover with new layout and full color interiors.

Inside this setting guide you will find a player’s guide to the Dark Ages, an optional Sanity mechanic for mirroring the medieval mindset, rules for the oral tradition of storytelling and mounted combat, a grimoire of Dark Age spells plus optional rules for Folk Magic, a bestiary of monsters, as well as a fully detailed setting—the Anglo-Saxon community of Totburh in England’s Severn Valley, full of interesting characters, dwelling descriptions, and a multitude of plot hooks for Keepers to use and develop. 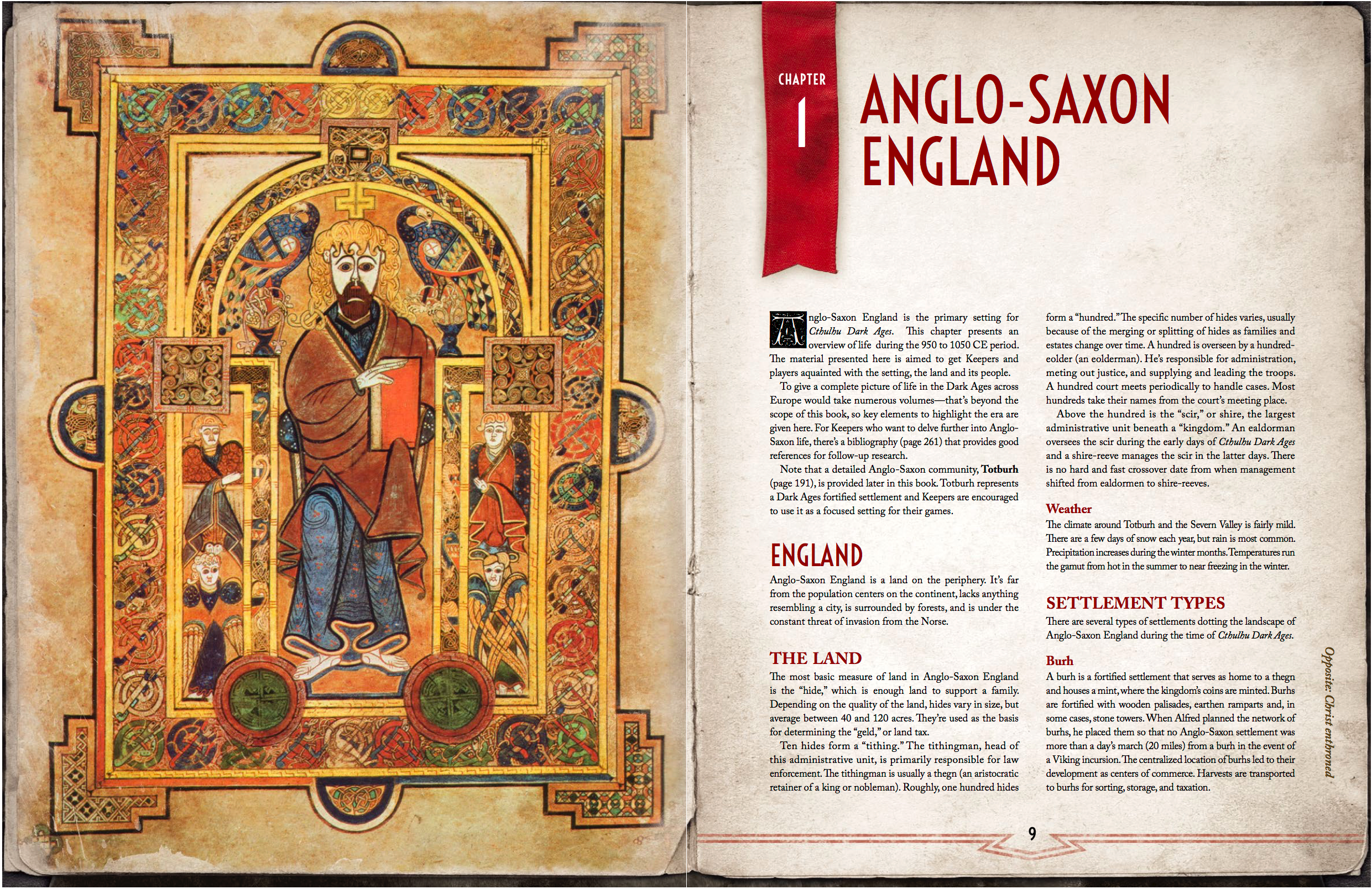 The book features three ready-to-play scenarios introduce players to the world of Cthulhu Dark Ages, building on the tensions, characters, and horrors lurking in Toburh and the lands surrounding the community. 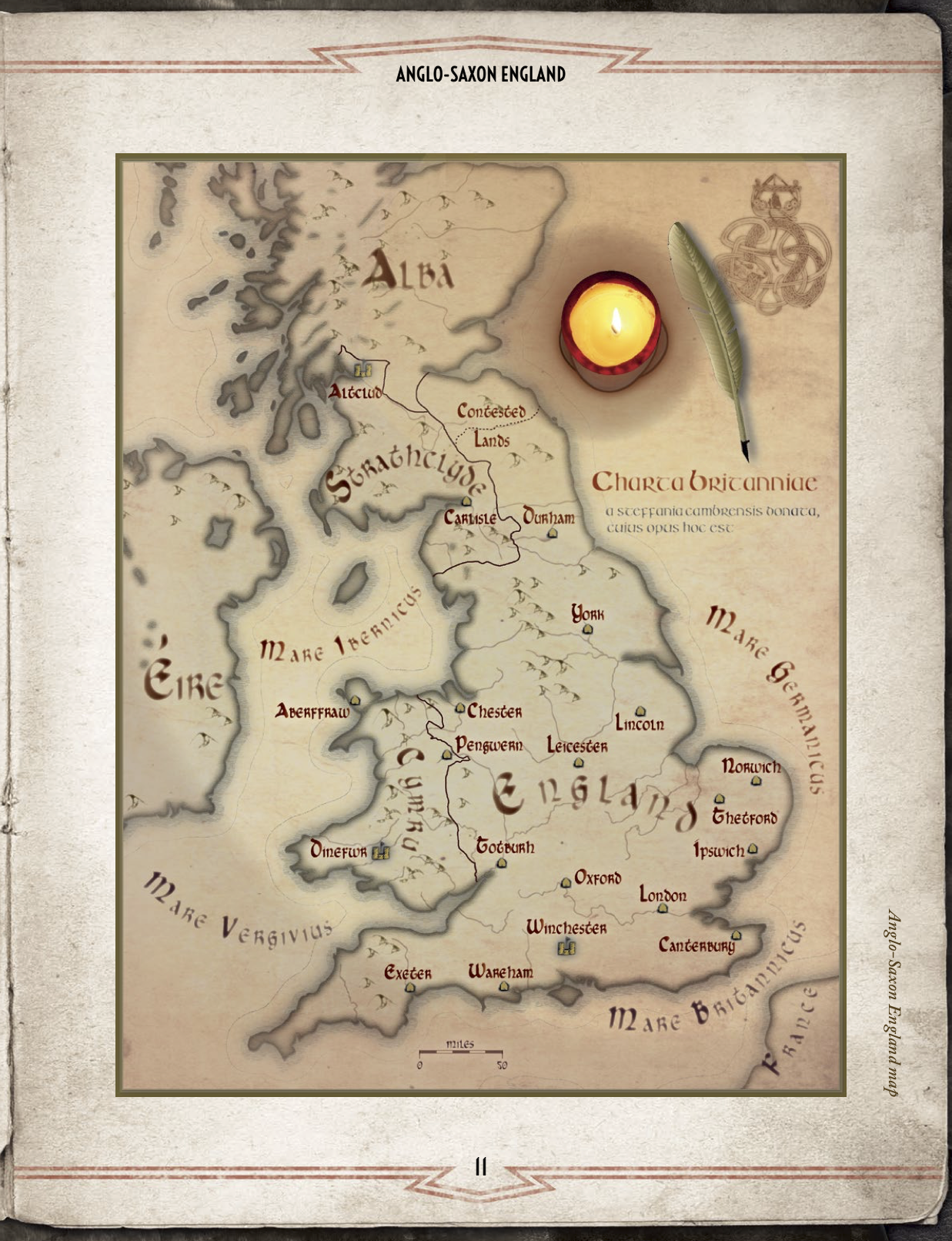 Additional material compared to the second edition includes sections on poetry and kennings, the written word, using the Oral Tradition in games, amulets, further use of Sanity in the setting, Paganism, and Norse Paganism.

WHAT THE CRITICS SAY ABOUT CTHULHU DARK AGES 3RD EDITION 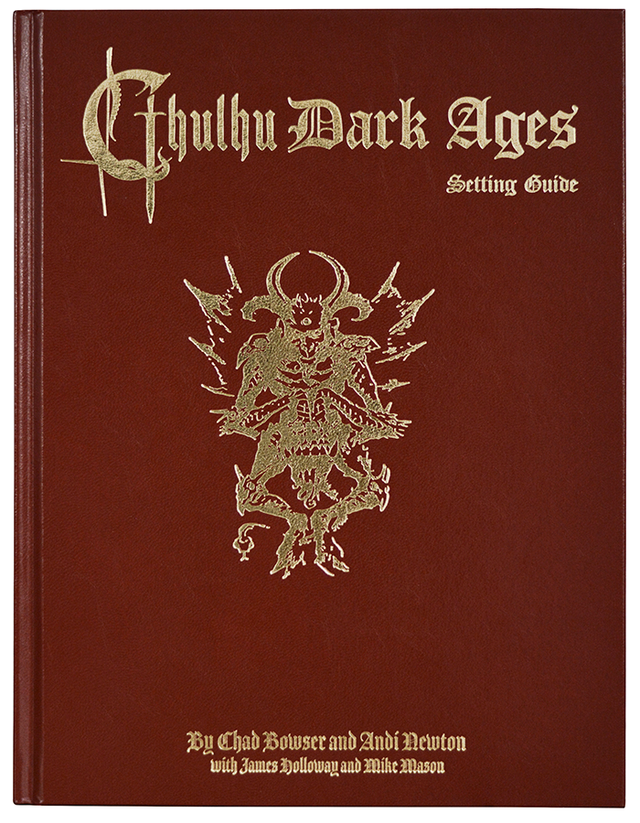 "Cthulhu Dark Ages is a brilliant addition to the line, a book anyone who loves the game needs on their shelf... It has everything the previous edition has and more... a major revision packed with all sorts of new material that the devious cultists operating the Chaosium know you will not be able to resist."—Andrew Logan Montgomery, Exploring the Otherworlds of Fiction, Magic, and Gaming.

"A wonderful tool for spicing up your more conventional Lovecraftian games… Come for the chance to stab abominations with pointy sticks, stay for the loving guide to dark ages England."—Tabletop Gaming (UK).

"An excellent starting point for what can be a vibrant and dangerous new world for Call of Cthulhu players to go nuts and die in... the entire supplement is a clear indication of the passion the writing team had for the enormity of the project, and deserve serious applause and congratulations for it."—Never Read the Latin.

"Cthulhu Dark Ages is, in my opinion, one of the best Call of Cthulhu books to come out, from any edition… After reading the book, I was filled with ideas for a Cthulhu Dark Ages campaign. It screamed “don’t just read me, play me” in a way that only the best gaming books do."—Rolling Boxcars.