Chaosium Inc and the H.P. Lovecraft Historical Society,
in conjunction with the Sun Theatre, present...

On Thursday 24 January 2019, Chaosium Inc., publishers of the Call of Cthulhu roleplaying game, and the H.P. Lovecraft Historical Society, in conjunction with the Sun Theatre (Yarraville, VIC Australia), present a special screening of "The Call of Cthulhu" (2005). 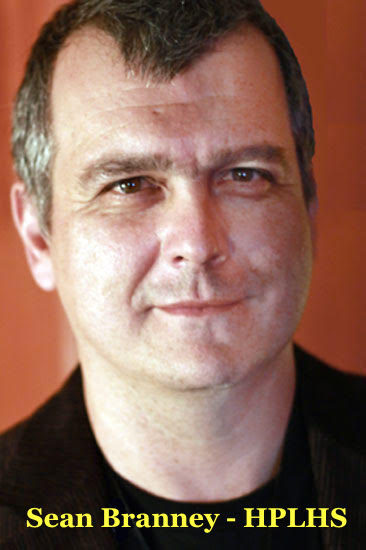 Introduced in person by the HPLHS’s Sean Branney, producer and co-writer. Q&A to follow after the screening. Also screening the “Making of…” featurette.

Door Prizes, sponsored by Chaosium Inc include The Masks of Nyarlathotep Gamer Prop Set from the HPLHS (worth AUD$180.00) and other Call of Cthulhu-themed goodies.

We encourage the audience to come in Call of Cthulhu-themed costume!

Written in 1926, just before the advent of “talking” pictures, The Call of Cthulhu is one of the most famous and influential tales of H.P. Lovecraft, the father of gothic horror. Now the story is brought richly to life in the style of a classic 1920s silent movie, with a haunting original symphonic score. Using the Mythoscope™ process — a mix of modern and vintage techniques, the HPLHS has worked to create the most authentic and faithful screen adaptation of a Lovecraft story yet attempted.

From the cultists of the Louisana bayous to the man-eating non-euclidean geometry of R’lyeh, the HPLHS brings Cthulhu to the screen as it was meant to be seen. Eighteen months of production and a cast of more than 50 actors went into making this film a period spectacle that must seen to be believed.

“The most merciful thing in the world, I think, is the inability of the human mind to correlate all its contents. We live on a placid island of ignorance in the midst of black seas of infinity; and it was not meant that we should voyage far.”