Control one of 5 factions as you fight to influence and explore the independent and unruly city of Five Sails.

Originally released in 1998 as a collectible card game, John Wick's 7th Sea has been a beloved card game and role-playing game setting for over two decades. 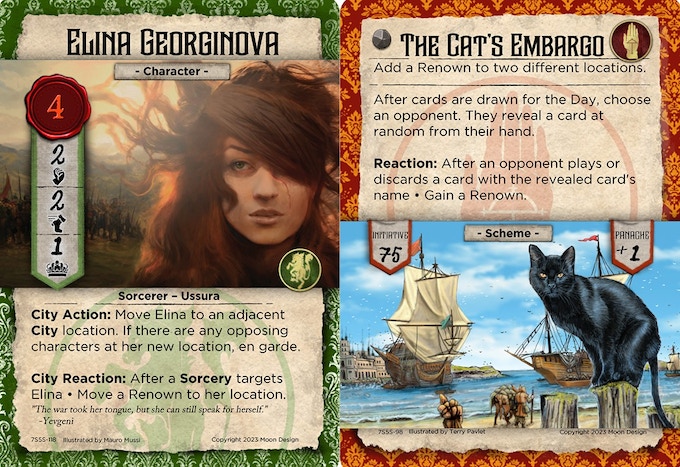 City of Five Sails is an expandable card game set in the swashbuckling world of Chaosium's 7th Sea roleplaying game by John Wick. Players control one of five factions as they fight to influence, control, and explore the independent and unruly city of Five Sails. Primarily designed for two players, multiplayer allows for up to four players. 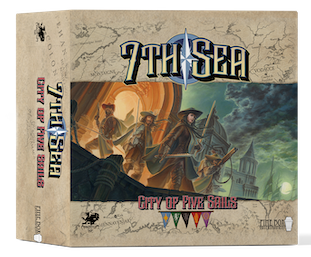