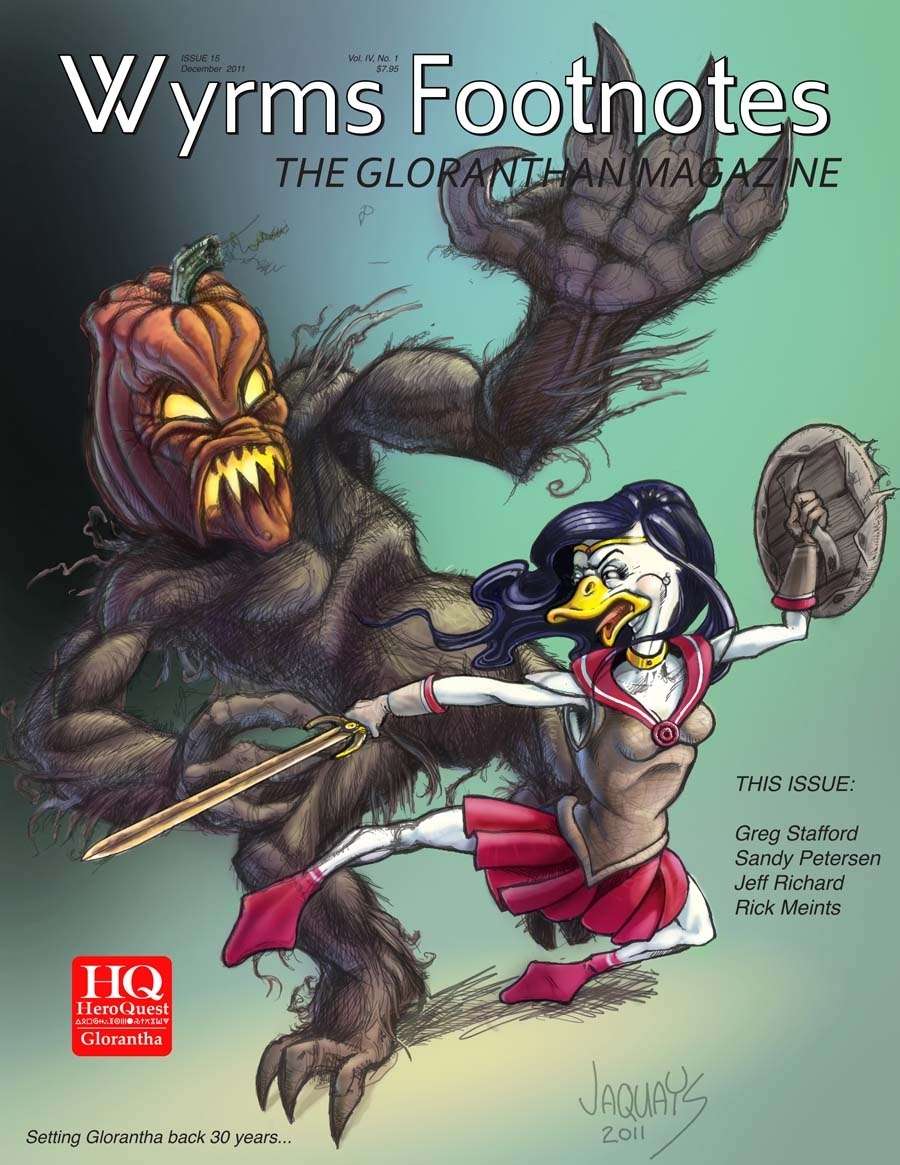 "Our goal is for Wyrms Footnotes to be a place where we can regularly publish articles, maps, short scenarios, background, fiction and more, exploring Greg Stafford’s World of Glorantha", said Chaosium vice president Michael O'Brien.

Each issue of Wyrms Footnotes is overseen by a special Guest Editor. Guest editors may or may not be Chaosium staffers, but all share a deep and abiding love and passion for Glorantha.

The guest editor for issue #16 is Ian Cooper, Chaosium's line editor for the HeroQuest RPG and author of recent Glorantha releases The Coming Storm and The Eleven Lights.

Issue #17 will be overseen by long-standing Glorantha contributor and creator David Scott, who is currently helping lead a 32-week "Group Read" of the monumental Guide to Glorantha on the Chaosium fourms at BRP Central.

"Wyrms Footnotes will appear bi-annually, at least initially", O'Brien said. "We’re happy to consider anything Gloranthan that is well-written, playable and consistent - each issue will contain a potpourri of subjects relating to Glorantha and the Hero Wars."

Submissions for Wyrms Footnotes is now open. Check out the submissions guidelines page for more information.