It's been awhile since the last RQ Design note but we have some awesome news for you all - the RuneQuest core rules are finished and we've now moved into final art and layout! 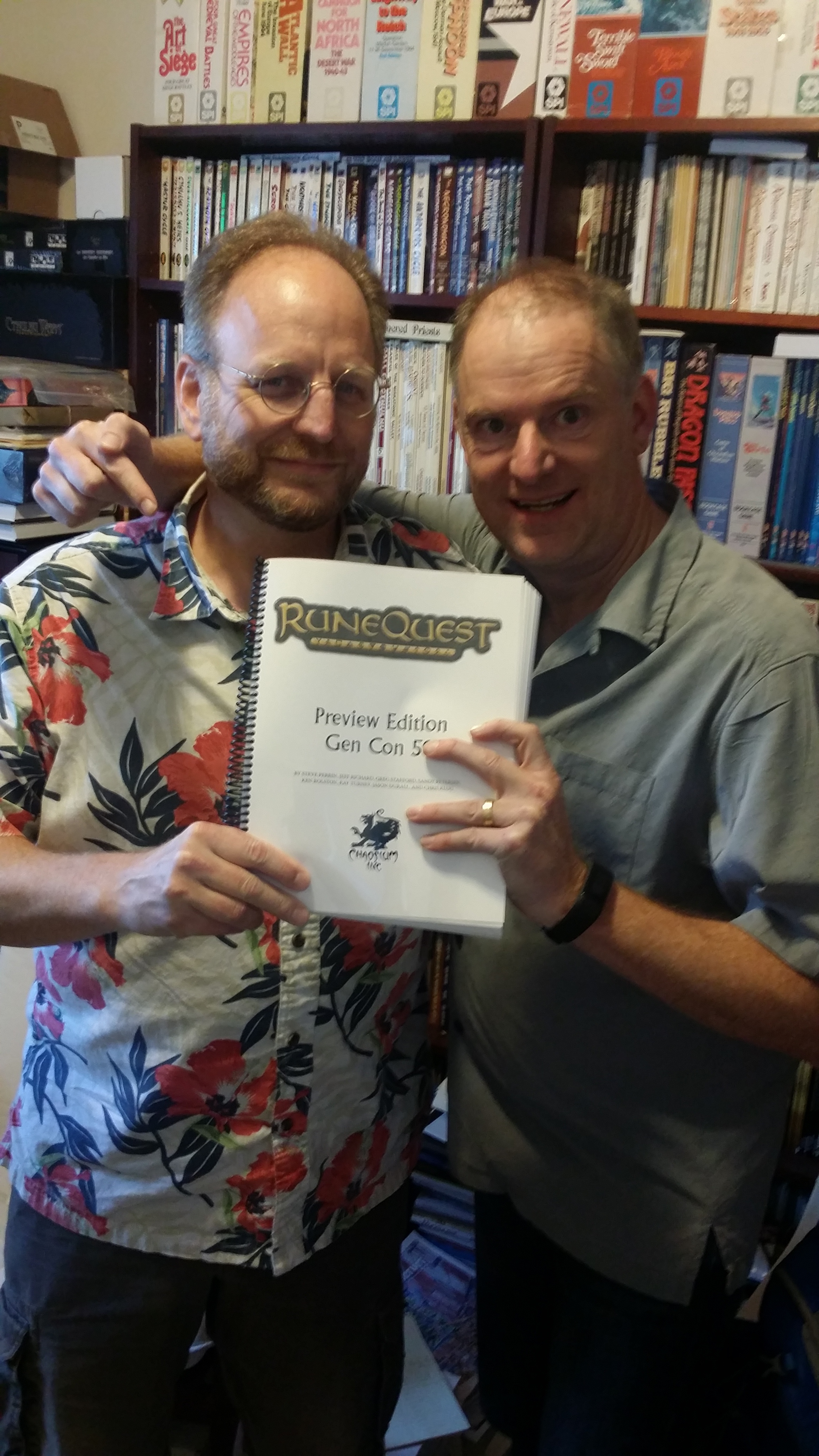 And for those attending GenCon 50, here's some ever better news: a preview edition of the new RuneQuest rules will be available at the Chaosium booth at GenCon. There's only a one hundred of these available and they are only available at GenCon, so get your copy while supplies last.

The preview edition is 300 pages long. It is a complete rule set for Dragon Pass, Prax, and Kethaela, with complete rules for Rune Magic (including 20 cults for adventurers), Spirit Magic, and even Sorcery.

L: Rick and Jeff, showing off one of the special preview copies