Some of the most significant changes to the new RuneQuest are Runes and Passions, and the use of Rune Points to cast Rune Spells. These new features are easy for players and GMs to get the hang of, but they add tremendously to player opportunities. This has really been apparent in our recent playtesting, taking both experienced RQ hands and RuneQuest novices through 'The Broken Tower', the introductory adventure that is part of our RuneQuest Quickstart.

In practice, Runes and Passions give your players a bonus based on how they roleplay their adventurer (not how well they roleplay, but how they have their character act). You act consistently in accordance with the Air Rune - you likely are going to have a nice bonus to your combat skills (Air is violence after all). And so on. This creates a virtuous cycle between how your adventurer acts and their likelihood of success at activities related to those actions - and incentivises roleplaying your adventurer as a Gloranthan character.

This particularly helps an adventurer out with skills that they have not yet really developed with experience or training. So your adventurer with a 90% Beast Rune wants to call upon her inner beast to help her track her prey - even though her Track skill is say only 35%, she's likely got an effective skill of 55% through use of her Rune. That makes a big difference and rewards you for playing your adventurer consistent with her Runes.

Rune Points end up making Rune magic much more common and more useful. In earlier editions, you used to have to "pre-buy" your Rune Spells - as a result, you tried to figure out what was likely the most useful spell. Spells like Shield and Heal Wound got sacrificed for a lot more than spells like Increase/Decrease Wind or Divination. And those neat special spells like Cloud Call rarely got sacrificed for at all.

But with Rune points, you don't pre-buy specific Rune spells. Instead you can spend your Rune points to cast ANY spell known to your cult and subcult. Rune magic isn't automatic - you do need to roll against the Rune of the spell, but usually your cult Runes are your best Runes (and if they aren't - what are you doing?). Suddenly, Rune magic becomes much more useful.

And your adventurer can replenish their Rune points through participating in a worship ceremony at an appropriate temple or holy place - so casting Rune magic is a lot more attractive than the one-use spells of RQ2 and RQ3. Of course, you are unlikely to be able replenish your Rune points while you are adventuring, so you still need to think carefully about how many Rune points you use! 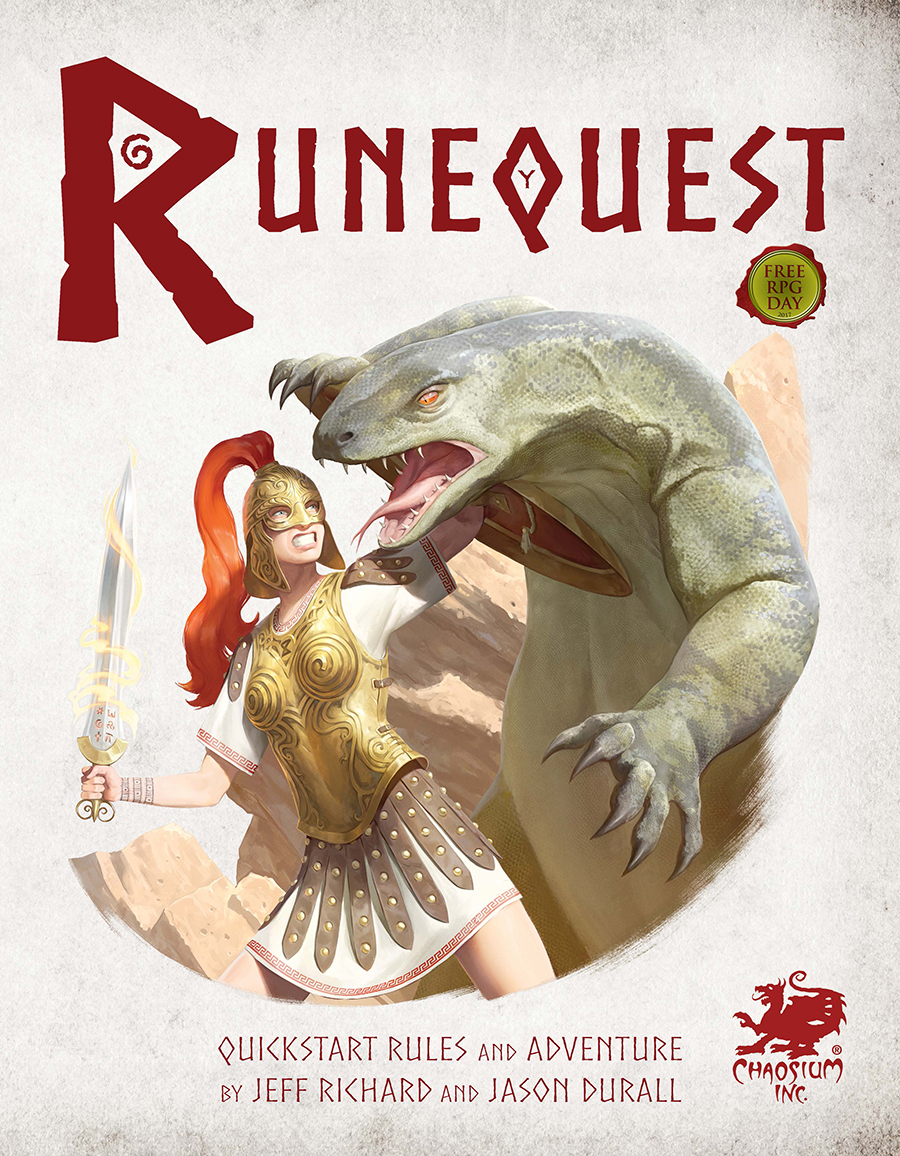