Exciting news - the 13th Age Glorantha Rulebook and the Glorantha Sourcebook have been released to Kickstarter backers! In the latest Kickstarter update, backers have been advised that their PDFs are ready to be downloaded from Backerkit. We're excited to reach this important milestone!

Both titles will be available for general purchase from Chaosium.com later this month: 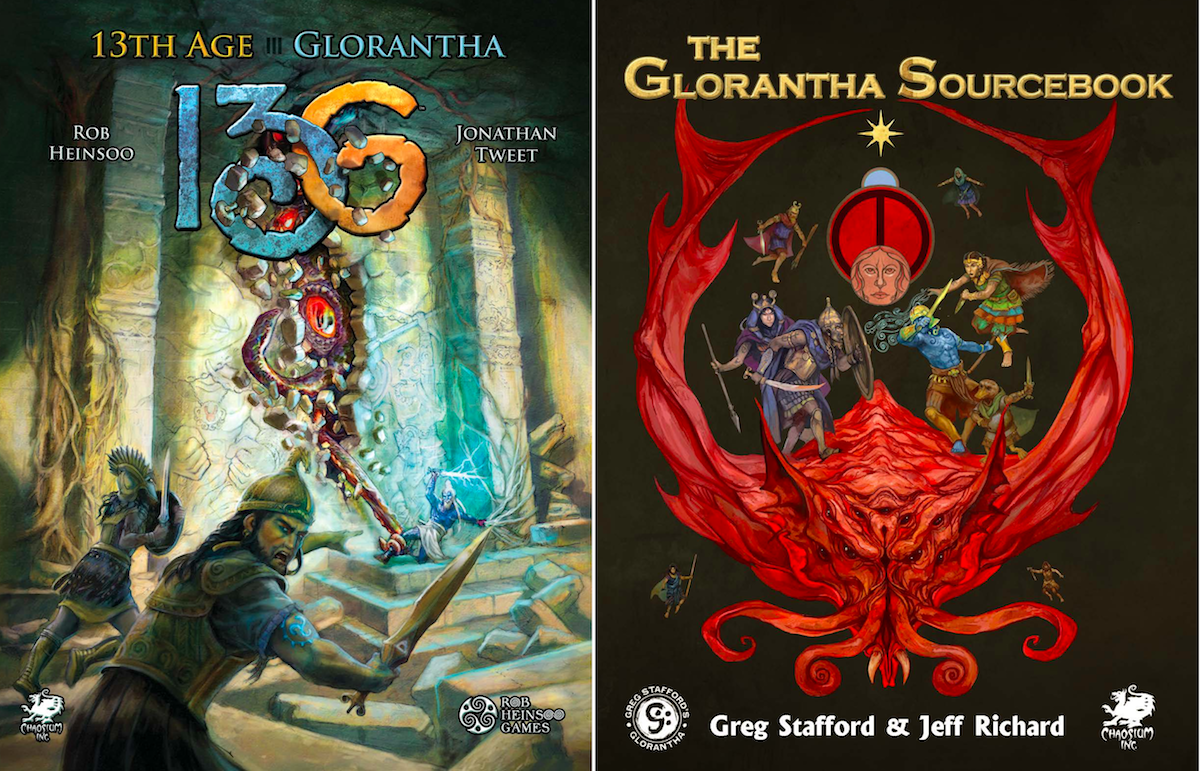 We've also set up threads over at BRP Central for "tribal edits" of the PDFs errors/typos spotted in the 13th Age Glorantha Rulebook and The Glorantha Sourcebook. We'll keep these threads open until March 6th. After that we'll then review the threads and make any necessary changes to the files before sending the books to print.