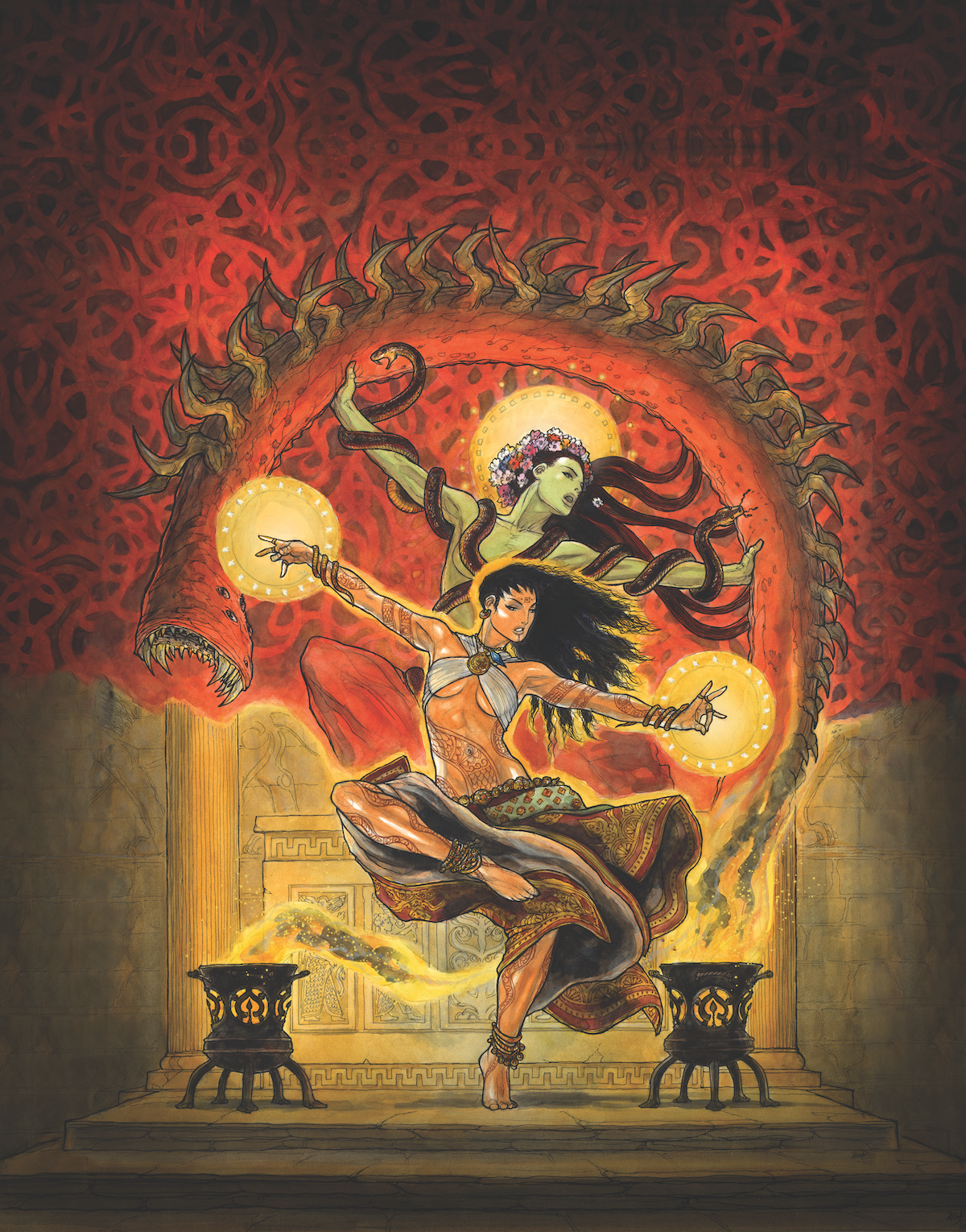 Here are recent reviews for RuneQuest and RuneQuest Classic. This titles are all available from Chaosium.com. And don't forget, you get the PDF included in the price when you buy direct from Chaosium!

"There is a line on the dust jacket of the Guide to Glorantha that reads; ‘Glorantha is the technicolor cure for bland, pseudo-medieval generic fantasy.’ Normally when you read something like this, you can be forgiven for thinking it is self-aggrandizing, pretentious crap. Not in this case. If you have any doubts, all you need do is look at exhibit A, The Smoking Ruin & Other Stories. Seriously. You can open to any random page and find proof that--yes Toto--you aren't in Thedas, or Middle-earth, or Faerûn any more." — Andrew Logan Montgomery, Exploring the Otherworlds of Fiction, Magic, and Gaming.

The Red Book of Magic

"This isn't just about the spells; it is about the adventures that they help create.... Glorantha is probably the best researched and most cohesive settings in the world. Magic is integral to the setting, not a flimsy paste up." —Antonios S., RPGNet.

"Showcase(s) the diversity of adventures and stories which can be told in Glorantha and a session or three." — Reviews from R'lyeh.

"It would be easy to list TSR's Tomb of Horror (1978) as the top scenario for 1978... (but) Instead, I suggest Apple Lane, for Chaosium's RuneQuest game (1978). A year before TSR published Village of Hommlet (1979), Greg Stafford revealed a village from his own campaign, filled with NPCs to interact with: NPCs who even had names. Add in a unique adventure for the time, where the players have to defend a pawnshop from attack, and you have a milestone in the industry." — Designers & Dragons.

"As treasure books go, this is a pretty good one, especially considering how early it is in RQ’s history... there are some delightfully weird things in here." — Vintage RPG.

"In some ways, it's even superior to Cults of Prax, because much more is revealed about the myths, history, and cosmology of Glorantha." — Grognardia.

Remember, RuneQuest Classic is fully compatible with RuneQuest: RolePlaying in Glorantha. Curious about the difference? Check out our free conversion guide!