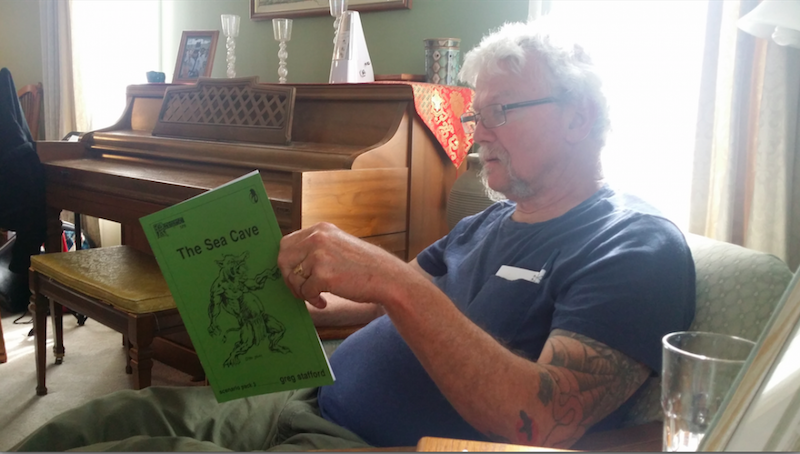 Greg Stafford in July 2016, reacquainting himself with his own "lost treasure" from 1979.

It's now been more than 40 years since RuneQuest's debut, but as one reviewer has said, "it’s easy to forget how important RuneQuest was in the early days of the RPG hobby. RuneQuest was the one of the first RPGs to achieve both artistic and popular success by tossing out D&D’s tropes and conventions, rather than mimicking them."

After being unavailable in physical format for decades, RuneQuest Classic edition titles are now available again, Print-On-Demand. These are fully-remastered softcover editions, true to the original printing. And, along with our entire range of Print-On-Demand titles, are 25% off until December 31st.

Here's what the critics have had to say about some of these master works from the golden age of RPGs: 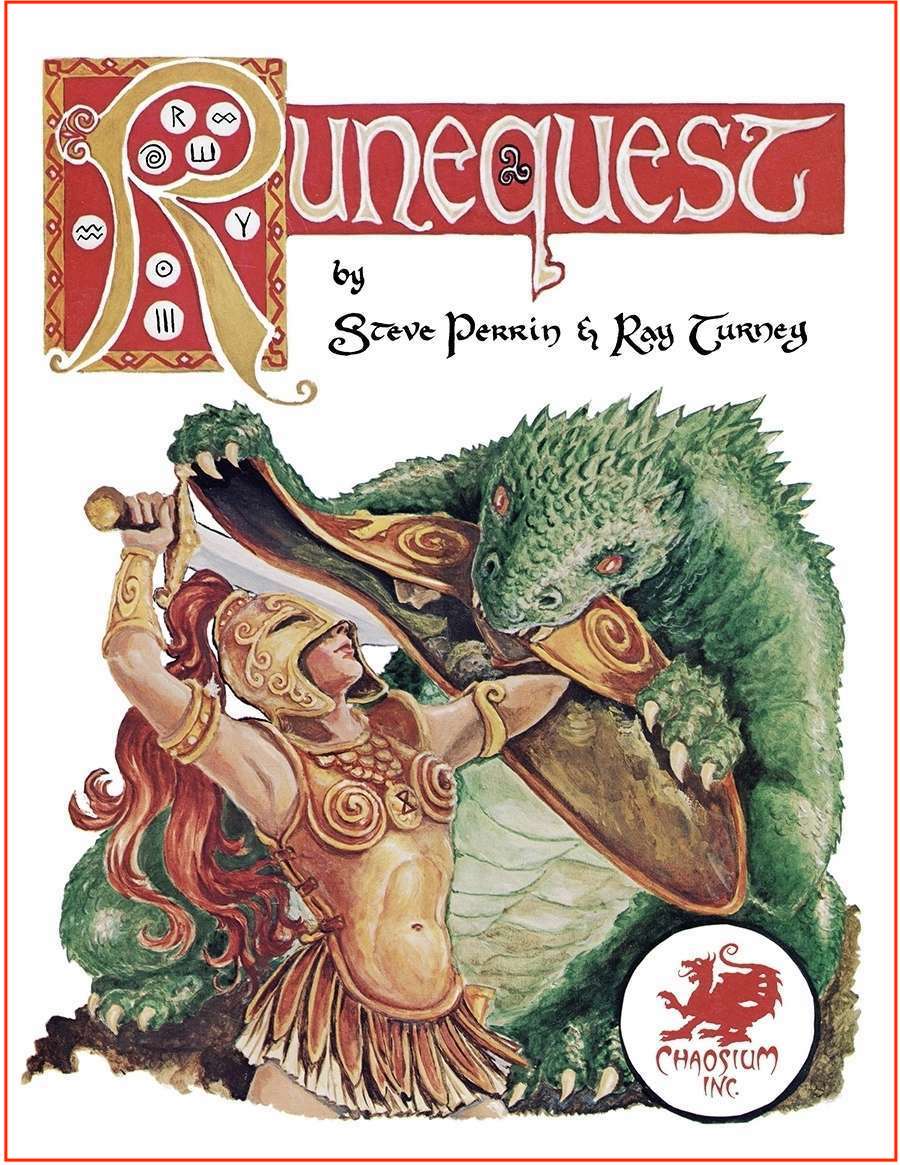 "Second only to Dungeons & Dragons in the fantasy roleplaying pantheon, RuneQuest cemented Greg Stafford’s world of Glorantha as one of the tabletop’s most imaginative creations and introduced innovative mechanics that would go on to become staples of RPGs for decades to come, most signifi cantly in other Basic Roleplaying titles. Its unique approach to advancing skills and the percentile system used to resolve attacks and actions are still as clever today, while the expansive Glorantha continues to draw in adventurers looking for an immersive and vibrant setting."—150 Greatest Games of All Time (RuneQuest ranked #9), Tabletop Gaming (UK).

"Almost forty years later, it's rather easy to see why RuneQuest became a classic... a piece of history in your gaming library at a minimal price."—Antonios S., RPGNet.

"Almost 40 years after its debut, it’s easy to forget how important RuneQuest was in the early days of the RPG hobby. RuneQuest was the one of the first RPGs to achieve both artistic and popular success by tossing out D&D’s tropes and conventions, rather than mimicking them. Its innovative, percentile-based game system, its characters without class or level, and its richly-imagined, bronze-age setting of Glorantha, proved that an RPG didn’t need dungeons or d20s."— Print and Play Gamer. 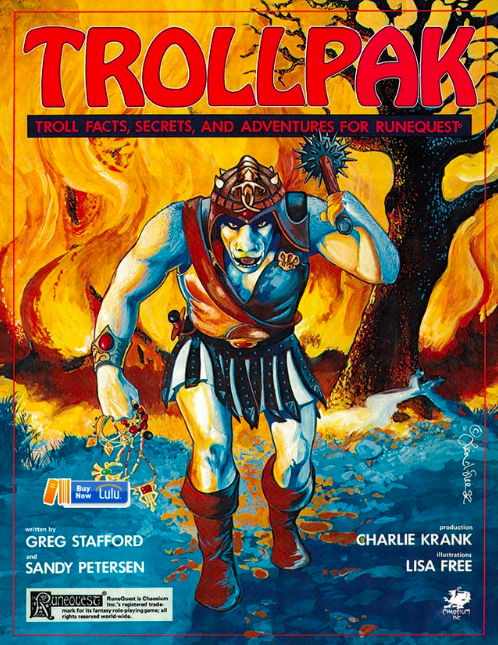 "D&D players may have issues with playing races as evil or not, but RuneQuest had it figured out in 1982. These trolls are NOT one-dimensional collections of hit points and potential XP and treasure... There is just so much to love about this product. It is jammed packed full of ideas."—The Other Side.

"Chaosium’s Trollpak for RuneQuest was one of the first tabletop roleplaying supplements to describe a single race in detail… both atmospheric and useful, Trollpak sets a standard that is hard to beat even now, and anyone planning a single-race roleplaying supplement would be well advised to study it. There is much here worth plundering."—Graeme Davis, My Top 5 RPG Monster Books.

"More than anything, Trollpak emphasizes that trolls can be just as varied as human in both action and moral complexity and have an important role in the broader society of Glorantha – they aren’t mere monsters or fodder for adventurer swords... Really an outstanding piece of work from Greg Stafford and Sandy Petersen. A big step, I think, in the evolution of RPGs from meat grinder dungeon crawls to a more thoughtful, narrative driven experience.—Vintage RPG. 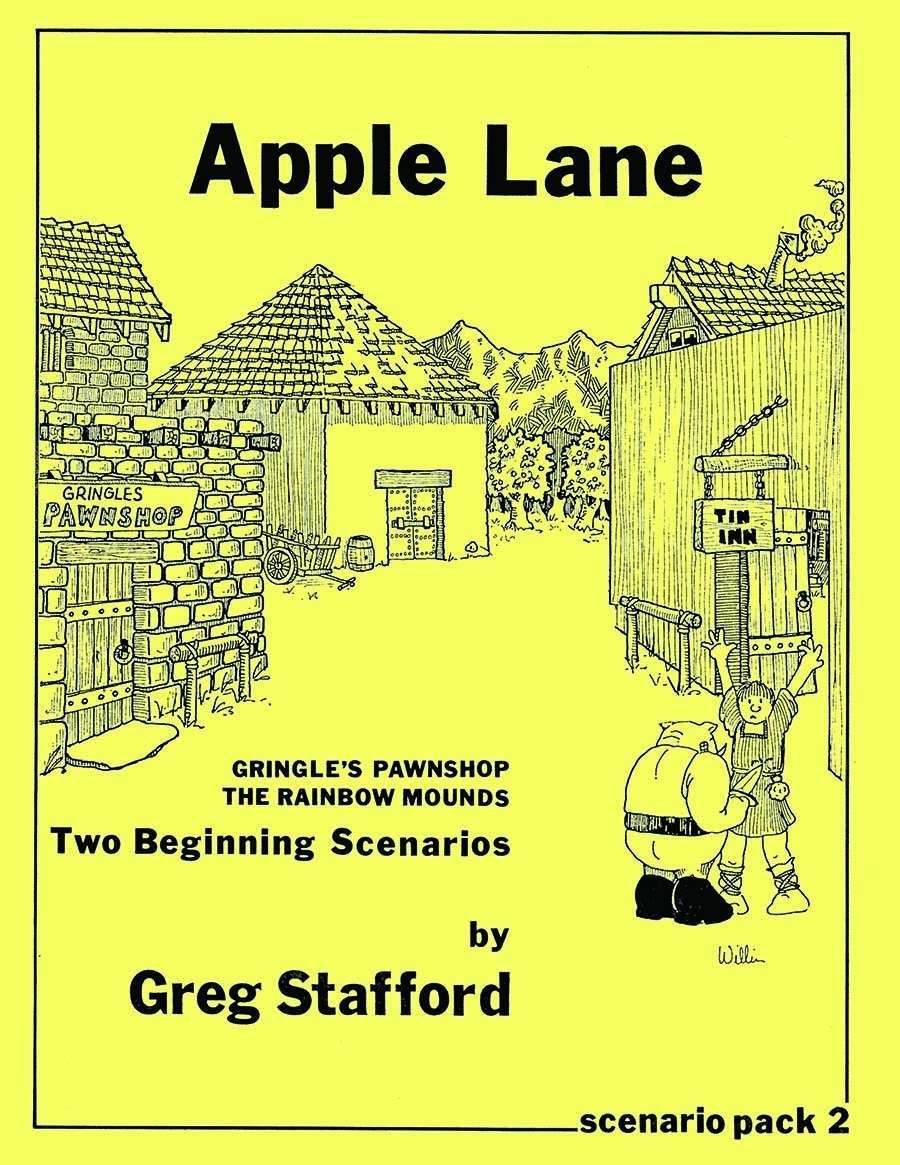 "...an excellent introduction to roleplaying in Glorantha in 1978 and like any good classic, it remains still very playable today."—Reviews from R'lyeh. 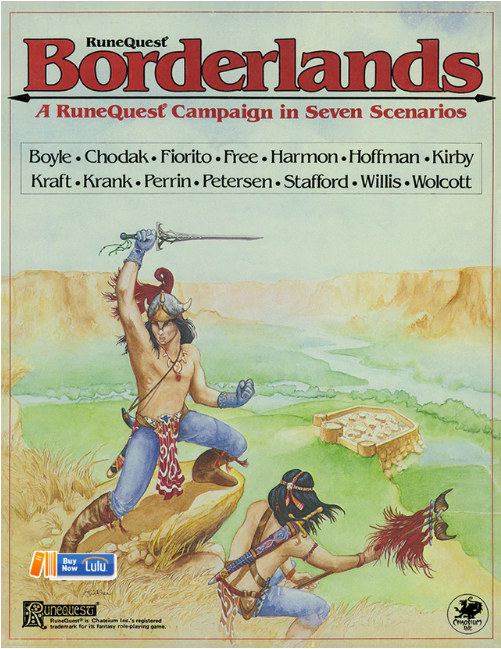 "I can’t think of anything even remotely like Borderlands on the market in 1982. Certainly not something that accomplishes what it does so elegantly... Other games have caught up over the years, but few seem quite as magical to me as Borderlands. Maybe that’s because RuneQuest was something I only knew of from rumor as a kid and is fresh and new for me as an adult. But for my money, the sum of RuneQuest’s Prax campaigns (Borderlands, Pavis and The Big Rubble for Chaosium’s RuneQuest and River of Cradles, Strangers in Prax, Shadows on the Borderlands and Sun County for Avalon Hill) make up one of the richest game settings ever to be created and possibly yet to be rivaled."— Vintage RPG. 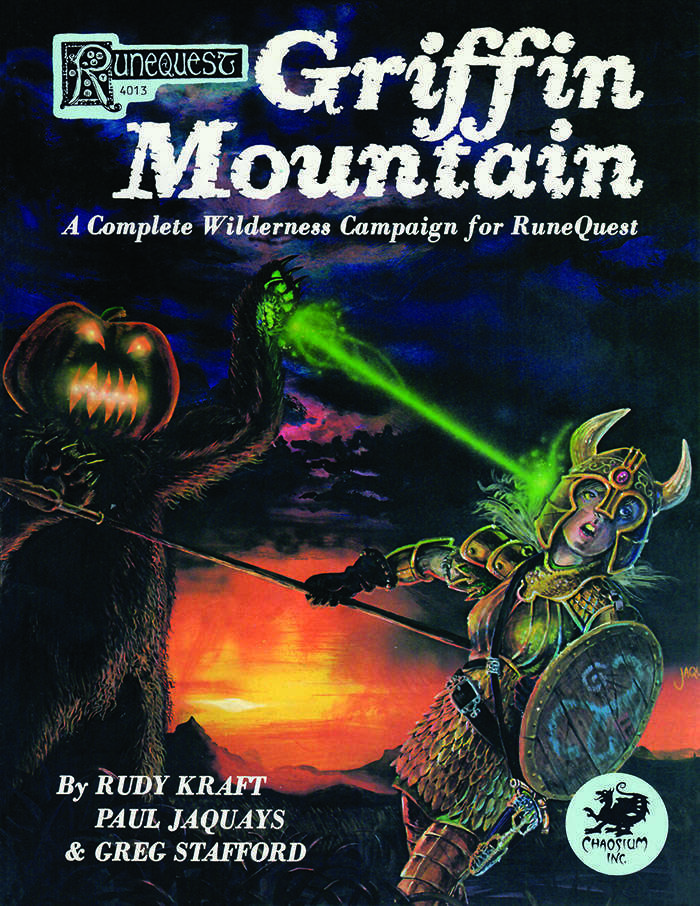 "One of the best RPG products ever produced for any game… a true masterpiece of the early days of gaming. It's a great example of a sandbox, filled with people, places, and adventure hooks to keep a party of characters busy for innumerable nights of adventure."— Grognardia.

RuneQuest Old School Resource Pack
(note: This is a single physical book with all five items combined into a single product)

Plus there are another thirteen RuneQuest titles and nine Call of Cthulhu titles, all 25% off until December 31st! Price includes PDF.