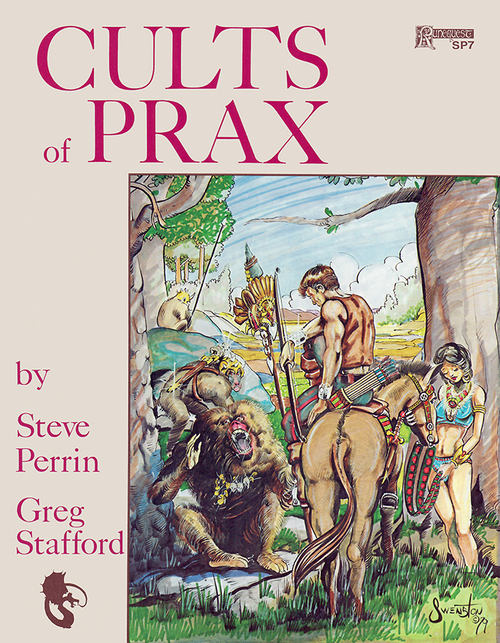 In a 2010 retrospective review Grognardia says Cults of Prax is "A true classic of the early days of the hobby. ...quite rightly considered one of the best treatments of religion in a fantasy RPG ever written and it's certainly one of the most inspirational."

Cults of Prax was published forty years ago this year. Its groundbreaking presentation of gods and how they interact with the world through those who worship them still makes it one of the most influential and important works ever released for RuneQuest and the world of Glorantha, and indeed for roleplaying games in general.

Cults of Prax was re-released in PDF as part of the RuneQuest Classics line in early 2017. Reviewers continue to mark its importance to the roleplaying genre.

Reviews from R’lyeh's own retrospective review (August 2019) says Cults of Prax is "arguably the most important supplement ever for both Glorantha and RuneQuest." The supplement "brought both function and form to faith, and in doing so, it made faith both playable and something that you wanted to play."

Reviews from R'lyeh also notes what reviewers at the time of the book's original release (1979) thought of it: 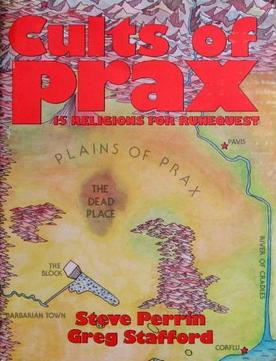 Finally, in a comprehensive video review (so comprehensive it's in two parts: part one, part two) Bud's RPG Review succinctly concludes "This is a book that should simply be treasured by gamers."

CULTS OF PRAX is available in PDF and is easily compatible with the new RuneQuest: Roleplaying in Glorantha:
—from Chaosium: https://www.chaosium.com/cults-of-prax-pdf
—from DriveThruRPG: http://bit.ly/2zxGqDr