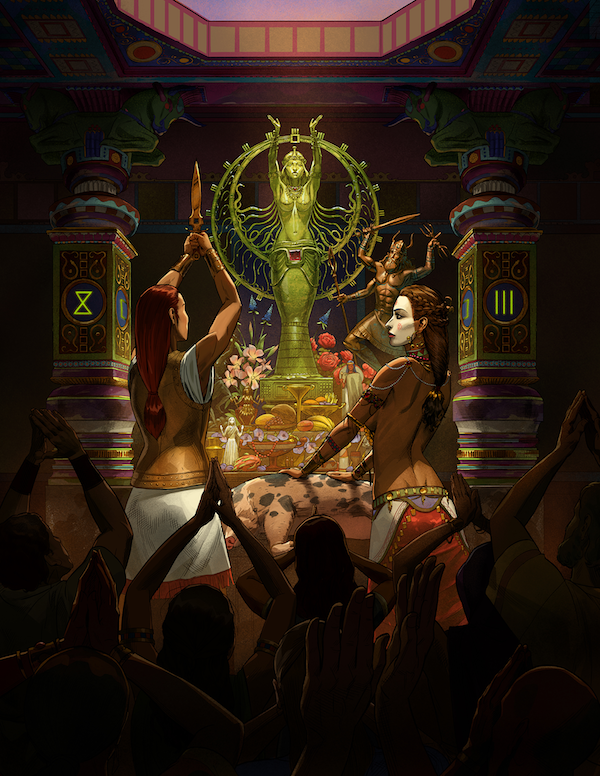 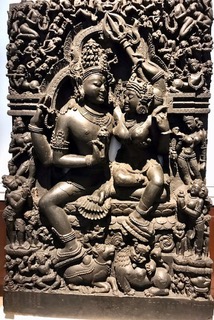 Ernalda is the primary Gloranthan Earth Goddess. Two or three years ago Jeff Richard and I had a discussion about ways to make Ernaldan characters more fun to play in Gloranthan roleplaying (RuneQuest, Heroquest Glorantha). Often they are played as healer-types, unconstrained by the pacifism of Chalana Arroy cult. My answer was inject more blood, sex and Rock’n Roll – think of the blood sacrifices, voluptuous female figurines in ancient cultures and a bit of super power craziness! We sat together with David Scott and Neil Robinson to look at ways to give Ernalda characters the potential to become super cool and important to-the-fore members of adventurer parties. With her own rune spells, the runes spells of the associated cults and rune spells of her husband deities, an Ernaldan initiate or priestess can be a very powerful – and very fun - character!

Why is an Ernaldan worshipper so useful in my party? 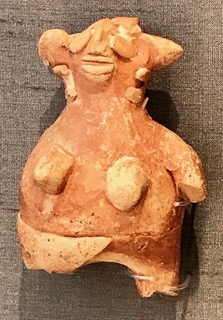 An Ernaldan initiate or priestess gives trust and opens doors. Everybody loves Ernalda: she keeps the clan strong! She is the goddess to worship so enough healthy kids are born, and mothers do not suffer during pregnancy or die giving birth. She is the one to worship for a rich harvest. She is the one who makes sure the clan can survive.

If a clan has no own Ernaldan priestess of its own, a visiting Ernaldan worshipper is always welcome! She can give blessings and hold a ritual – a good bargaining position for a party if they want something from the clan. If the clan has their own priestess, the visiting Ernaldan will be able to get important information easier. Even other cultures who do not worship Ernalda directly usually welcomes an Ernaldan with open hands – as there are familiar cults similar to Ernalda in every society.

In addition, with all her rune spells like “Bless Champion” or “Arouse Passion”, an Ernaldan worshipper can turn a party member into tough hero! And last but not least she can be a frightful opponent on her own with huge Earth Elementals!

Is there a role for men in the Earth cults? 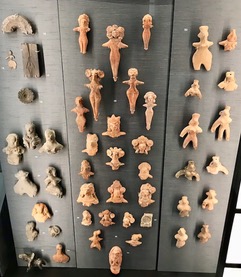 Barntar, the Plowman and Flamal, Father of Seeds welcomes men, and they may progress to the priesthood. Maran Gor has eunuch temple dancers. Otherwise males can normally only become initiates of Ernalda, as a requirement to attain the priesthood is having given birth. However, men play more important roles when they represent one of the husband deities (Orlanth, Yelm etc).

What about holy days, children and temple life?In spring and on the high holy day after the harvest important Earth rituals are done to please the Earth Goddesses, especially Ernalda. The goal of these rituals is to welcome, please and thank the Earth Goddesses. In spring they are asked to support new life. In autumn, they are thanked for the rich harvest and their help during the winter, such stopping food from spoiling). These festivals are often several days long festivities. Blood sacrifices are made, mind opening substances are consumed, and it is very important to honor the seeds of the male body and the fertility of the female body. Very often, earth priestesses and other female participants of this rituals find themselves pregnant afterwards, which is seen as a blessing of the goddesses. As a result, a lot of children are born at certain times. In the earth temples, temple life is very influenced by this rhythm of childbirth.

Until the age of seven all children of temple members stay in the temple. Orphans are often brought to the temples to be raised too. They follow the same rules. At age seven a child's true calling is identified through complicated rituals. Girls with a call to the Earth Goddesses often stay until they find their final dedication—which aspect of earth they want to follow. If they don`t follow an earth call, they move to temples which fit better or get married off. Boys go to a Barntar priest (or other male Earth deity) for further education if they have an earth call, otherwise they often move to temples of husband deities for further education (usually a martial education). 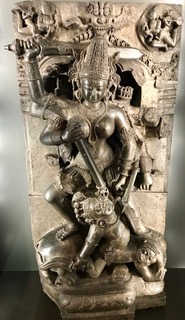 However, no boy after age seven is allowed to stay in an Earth goddess temple. A very few become Maran Gor temple dancers, with all what it includes. These temple dancers are usually people from outside the temple life which find their calling as young adults.

In small communities without temples the clan stands for the temple and helps to raise the children. These children are seen as children of the temple (and more specifically of the goddess), not as part of a certain family or clan. The fathers are unimportant and often unknown to the children.

To speed up pregnancy dramatically with magic is considered an absolute no-no. Pregnancy is seen as a “superior” allegory to growing crops, fruits or livestock. It shows the development of life and therefore is a holy process! However, childbirth is also very dangerous for women, and a lot of women risk death from complications or infections. Ernaldan worshippers help to make pregnancies and childbirth much safer: they know the right practices, herbs and if necessary also spells to combat and overcome complications. Every second baby might die within the first year without such proper help. Remember—a lot of healthy children (and mothers) are important for the survival of the clan!

How do Ernaldan initiates and priestesses influence marriages?

In rural areas with very small villages Ernalda priestesses help to find a spouse in other villages because it is often forbidden to marry a person in the same village. In modern terrestrial terms, we would say it is important to expand the gene pool and avoid incest.

Why should I not mess with “Big Mama”? 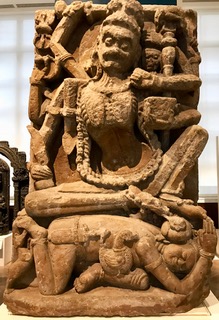 Remember - Ernalda is always there! If you do not pray to her or support her worshippers or honest her, you will starve, and your family will diminish.

Wide hips and naked breasts or a naked golden glowing pregnancy belly shows that you respect Ernalda and reflect what she stands for in the community and in life – being the life giver and protector of children and family!

Earth priestesses want to be as near the goddess as possible! Therefore, blood sacrifices with following feast to celebrate important days (blood as the essence of life – women who bleed every month can give life!) and the use of mind widening substances let you come nearer to the goddess or even you will represent herself in rituals.

How to get a handle on the Grain goddesses?

Grain goddesses represent local goddesses. So far, they representone type of crop. In my opinion, this makes no sense. It suggests, that mainly that crop is raised in a certain area – usually are more crops raised and it suggest a variety of crop which makes no sense. Grain goddesses are bound to an area with a bundle of crops, not bound to a certain type of crop. Therefore, they should and will represent a bundle of crops which are popular in the region they are bound to.

Do I need to know all about the "sub-goddesses" and what I will find in the Gods book? 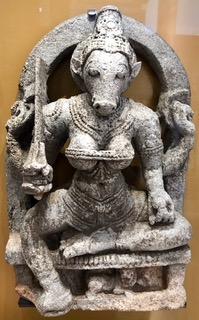 The forthcoming Gods of Glorantha book will only describe the major gods and maybe includes footnotes for variations of a god or goddess (e.g. Eiritha, which has a lot of different interpretations depending on the clan following her – however, the rites and rules are the same).

However, it is open to everybody to develop local gods in their games, give them a rune spell and have fun!

Which other earth cults than Ernalda have a potential to be awakened as interesting playing characters?

In the moment I am playing in my mind with possible game ideas for Ty Kora Tek and Asrelia worshippers.

Ty Kora Tek helps to accompany the dead to the underworld. I think this has a lot of potential for adventures, such as a symbolic burial to weaken an enemy before battle. Asrelia is a goddess also bears adventure potential: She is the keeper of goods – what she possesses she does not want to give up. An Asrelia worshipper could help to find treasures. However, a party would have to convince her why she should  convince her goddess to give the treasures to lesser mortals! I have not play tested these Ideas yet but will at some point!

Inspirational pictures from my trip to the British Museum.

(These notes are from seminar presented by Claudia Loroff at Continuum, 22nd of July 2018, following discussions with Jeff Richard)