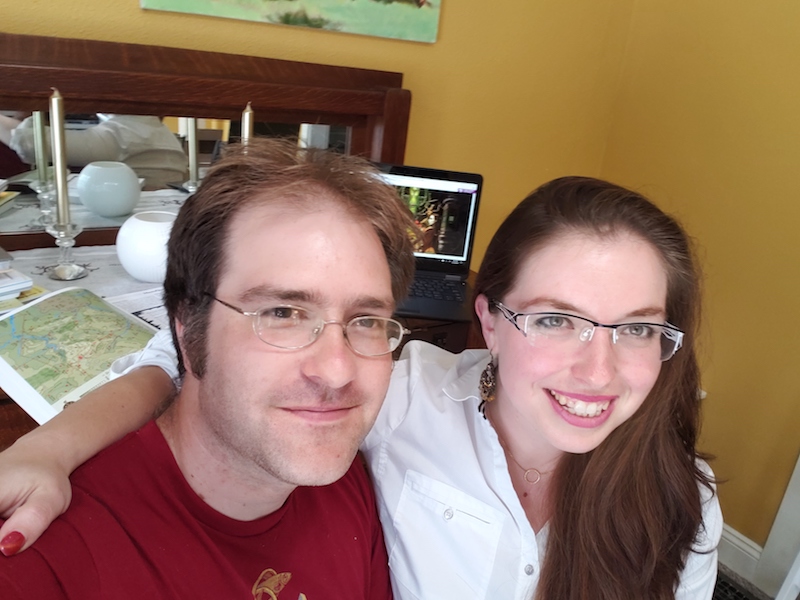 Salkana’s Saga is written by Ellie and Scott Akers, a husband and wife team of professional game developers. Ellie has been creating games for girls and women for almost two decades.

Ellie: Let’s talk about different ways to play role playing games! When we started our campaign we were not entirely sure what it would be about; but we did know we wanted to explore interesting interpersonal dynamics. For me – and I think this is true for many women – I like games that allow me to explore how people interact together in different situations. I like games about intrigue, romance, political alliances, and communities. Glorantha is this really fleshed out world that provides a great backdrop for those kinds of stories.

Scott: For my part, I’ve been a long time fan of Glorantha in large part because it has this great focus on communities and mythology. I love that it can be obsessed with cows one moment and then be dealing with the most esoteric plots of the gods then next. I was therefore very excited at the prospect of playing a game where Ellie and I could explore that sort of dynamic together. I was even more excited when it became obvious that we were both totally invested in following the personal arc of the earth worshiper Selkana as she leapt her way up Glorantha’s bronze-age social ladder.

Ellie: There are game systems out there that cater more towards exploring these topics, but I like good combat. I like the drama of getting impaled by a javelin, or having limbs get cut off. I think too often the impulse is to separate the girls from the boys as it were. There is no reason why role playing groups can’t explore both high political intrigue and romance and still have fun killing scorpion men.

Scott: RuneQuest is a game that really just begs you to take a holistic approach. Your characters aren’t just random rootless murderhobos. They have families, religious devotions, and occupations that tie them to the setting. This means that it feels natural to have you characters tackle issues that would be just… out of place in any less grounded game. RuneQuest is a traditional combat based system, and while much of our adventure includes combat, we have chosen to focus a great deal on the cultural dynamics of the people of Glorantha.

Ellie: Our campaign hits on topics that have traditionally been off limits at most gaming tables. Selkana uses sex and pregnancy as a way to form political alliances. Kitha is in an asymmetrical and emotionally unhealthy relationship with her employer. Meplep belongs to a persecuted minority culture. 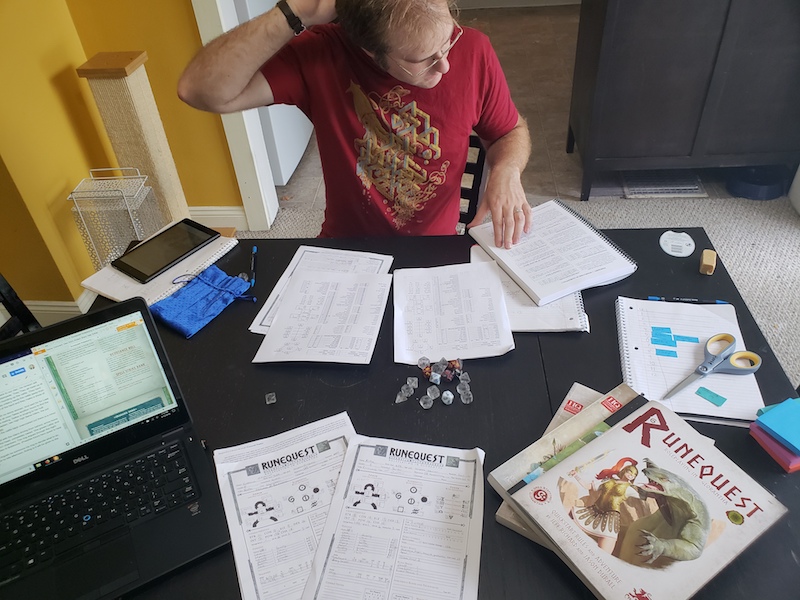 Scott: Laak worships the god of cats and casual sex! Also, being hired as Selkana’s guide is the longest-term relationship he’s had to deal with since childhood.

Ellie: These are some topics that can be pretty uncomfortable to talk about. Exploring these through a roleplaying game gives you enough emotional distance to talk about this stuff, in a way that is less overwhelming.

Scott: Not everyone is going to want to tackle these topics at their tables head on, of course. However, even if you’re trying to keep it simple, complex issues can have a way of creeping into games. Rather than shunt them to the side, we hope to be able to show that gaming can be a way to embrace diverse and uncomfortable topics as a natural extension of a normal play experience.

Ellie: One of the things that drives me to talk about this campaign publicly is my experience growing up as a female gamer. “Girl” games were always pushed to the side and were not considered real games. My hope is that by pulling these topics out of the “girl corner,” it will allow both men and women to explore these issues. 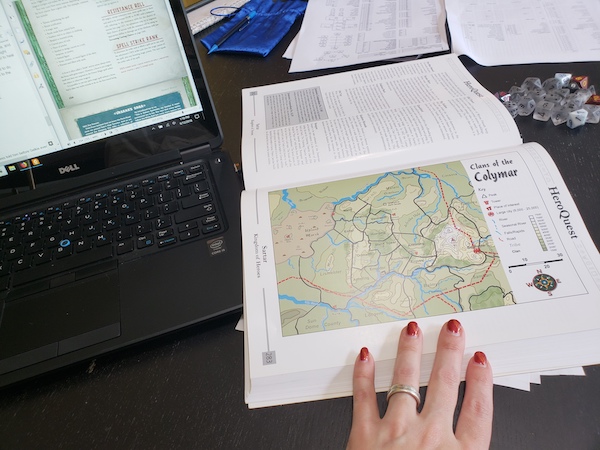 It's ok not to be completely comfortable with these topics, they can be uncomfortable to talk about. But the reality is they do hold a fascination for many gamers of all backgrounds. We hope to inspire more people to explore a wide range of topics, not just in story centric systems but in traditional gaming environments as well.

Next time Ellie and Scott will explore a bit more about the setting of our campaign and how it shaped the dynamics of the story.