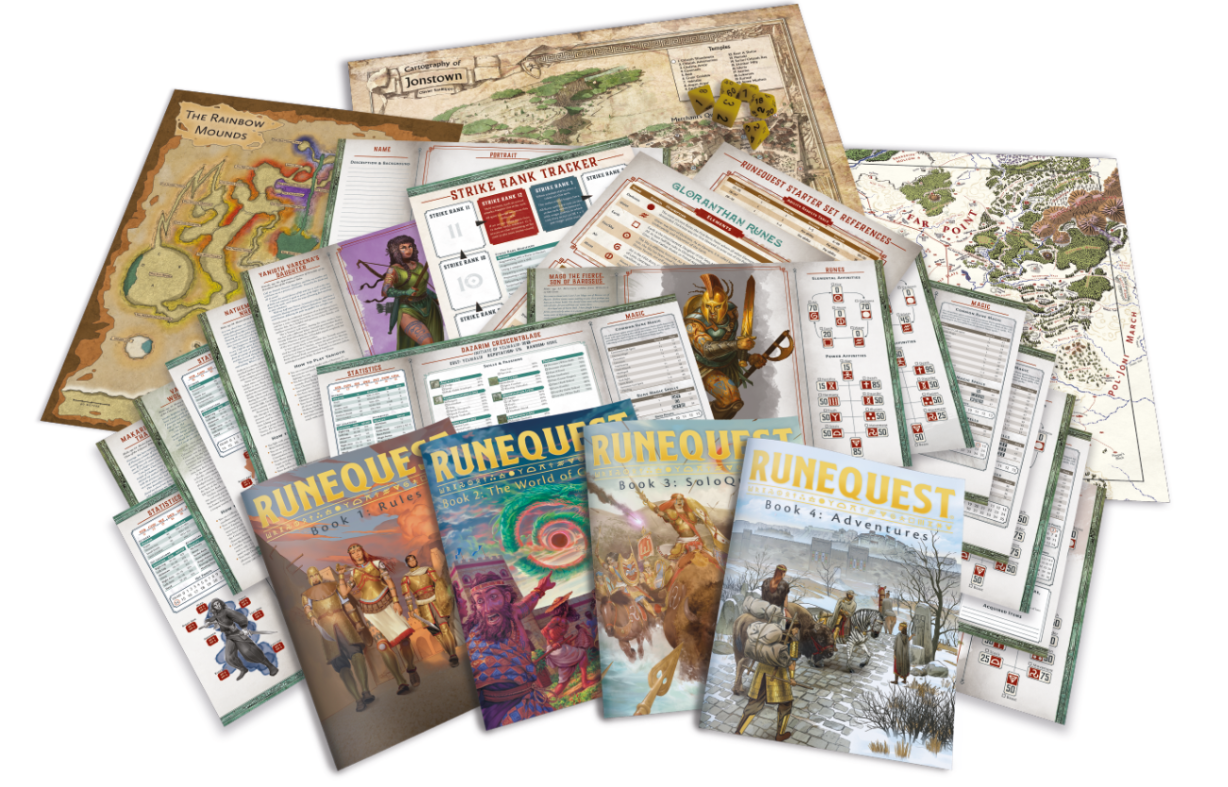 JASON DURALL: Two years ago, in the center of Chaosium’s booth at Essen Spiel, the largest game convention in the world, I sat down with my colleagues Jeff Richard, Rick Meints, and Neil Robinson to plan a Starter Set for RuneQuest: Roleplaying in Glorantha. It was the middle of a long day full of meetings with international partners and working the booth. The Call of Cthulhu Starter Set was on sale and receiving a wonderful across-the-board response, giving us hands-on feedback as customers from all over the world bought it and looked through the display copy.

This enthusiasm made it clear that we needed to make a Starter Set a priority for RuneQuest and for the company as a whole. So sitting in a small table in the middle of the teeming exhibition hall, as thousands of game players wandered past, together we established the following creative and design goals:

Once those goals were established, the next steps became clear, and it began to take shape in our minds. This would also be a deluxe product, staggeringly good value for the price ($USD29.99). But the most important aspect was that it be a manageable product, something that would let new players and gamemasters have an easy entry to one of the most well-developed settings in all of fantasy roleplaying.

As one can expect, though, the exact contents shifted back and forth over the course of development, but finally have focused into a product we’re very happy with and can’t wait to share with everyone!

Next Design Diary: Cover art reveal and what's inside the Box!

Also, in the latest of our Chaosium Interview series, Jason discusses more about what's to come in the RuneQuest product line including the RQ Starter Set: