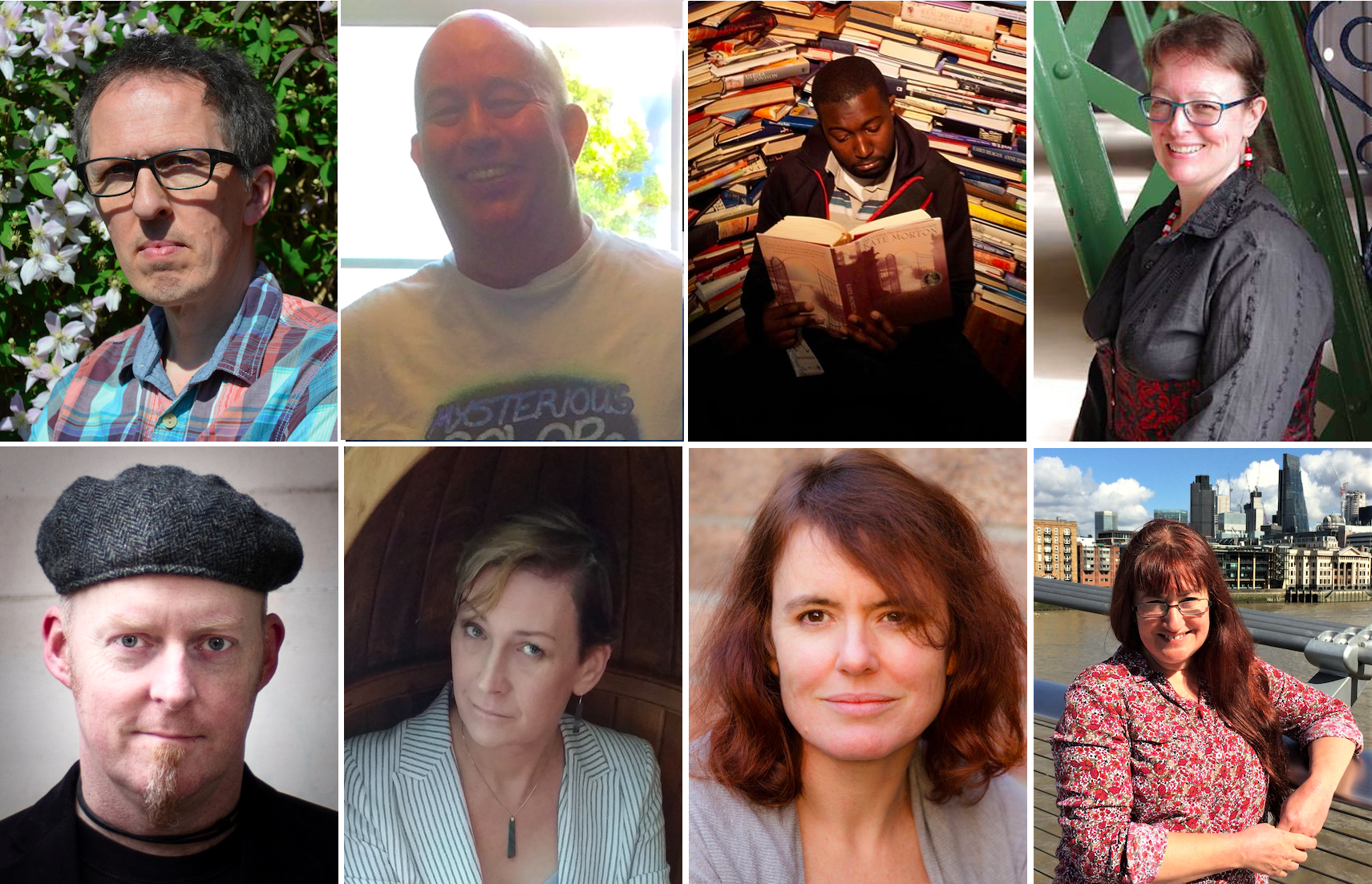 Chaosium is producing the Rivers of London Roleplaying Game, based on Ben Aaronovitch’s best-selling urban fantasy fiction. Reflecting the series' inventive take on the fantastic—from Newtonian magic to the strange powers wielded by the rivers and other supernatural beings that inhabit the popular novels and comics—the game will use Chaosium's Basic Roleplaying system, as well as original, customized rules.

And now the Rivers of London RPG creative team has been assembled! They'll be working closely with Ben Aaronovitch on the game's development and presentation.

Here, in alphabetical order, the team introduces themselves: 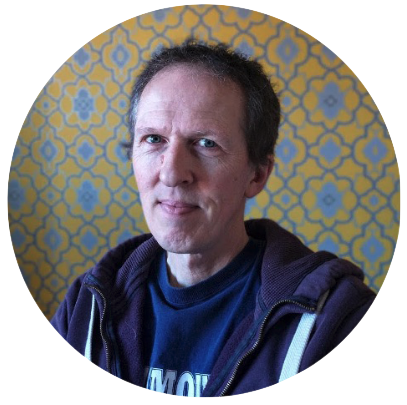 Paul Fricker is a freelance writer and games designer, and is designing and writing the core rules system for the Rivers of London Roleplaying Game. In partnership with Mike Mason, Paul is best known for writing and revising the latest edition of Chaosium’s award-winning RPG, Call of Cthulhu. Over the years he has participated in the creation and development of numerous scenarios and campaigns, beginning with Gatsby and the Great Race, back in 2005.

Paul is also one of the hosts of the horror and gaming podcast, The Good Friends of Jackson Elias. He often can be found on Twitter (@paulfricker), where he endeavors to focus on the important topics in life: gaming, music and food. 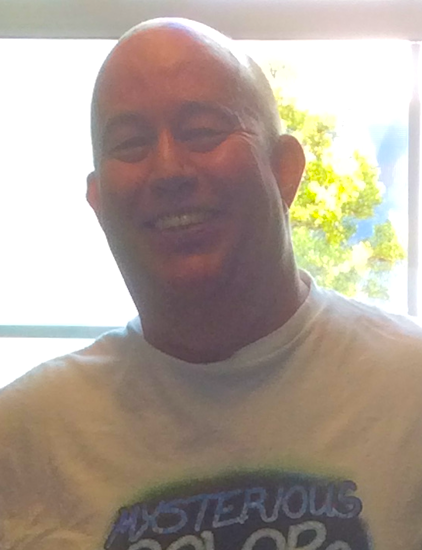 Hi! I’m Adam, and I’m a nut for crime novels and magic. I’ve written for The Escapist, Atlas Games, Pelgrane, and of course, Chaosium. My tendrils spread out from the island of Bermuda, where I lie in wait for the end of days. I can be bribed with cheesecake. Or a decent bitter, but cheesecake is more reliable.

Rivers of London was the first I’d heard of Ben Aaronovitch and I quickly converted to Aaronovitchism, establishing a small shrine of books and graphic collections. My cats regularly sacrifice lizards in front of this sacred fane, though I do my best to stop them as lizards are bad for cats and the sacred fane.

My favorite moment in the Rivers series is when our heroes raid the Garden of Unearthly Delights back in Moon over Soho. I’ve a soft spot for Hammer Horror, and I can just picture Christopher Lee hamming it up in the VIP lounge back in the day. Ideally with Vincent Price, Peter Cushing and John Carradine a la House of the Long Shadows—but I’ve said too much... 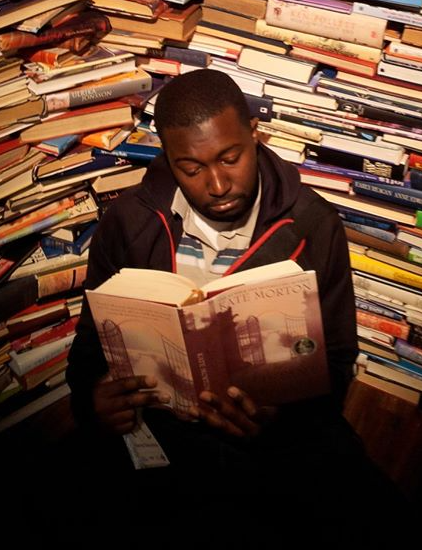 From working with Modiphius Entertainment, to being the cultural liaison on RPGs such as Bastion and Liminal, Lloyd Gyan has come to see all that the RPG community has to offer. His unique take and perspective on the world at large brings a fine nuance to setting books, his specialty coming from his many years as a second-generation Ghanaian living in London.

“Peter Grant's magical life has always vibrated with me, being a West African boy living his best life in London. To be given a chance to work on a project as personal as this is a dream come true. Also, I actually know what Star Beer tastes like!” 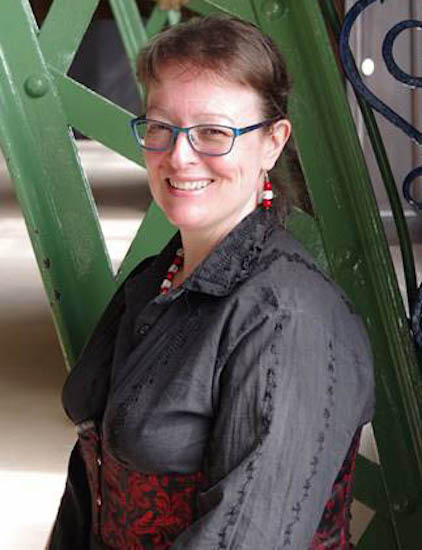 Lynne has been working on and off in the roleplaying industry for almost 30 years, most recently in her capacity as writer and Associate Editor for Chaosium’s Call of Cthulhu RPG. Her past credits include work for Modiphius Entertainment, Cubicle 7, Green Ronin, and Pelgrane Press, among others, as writer, editor, or both. She also created her own steampunk pulp adventure game: Cogs, Cakes & Swordsticks. Her latest project, besides her continuing work on Call of Cthulhu, is as Line Editor for the Rivers of London RPG.

“It took me far longer to get round to reading Rivers of London than I care to admit, but once I did, I was hooked. It was immediately obvious that the world was ideal for a roleplaying game and it’s a property I’ve been hoping to develop for years. With Mike Mason’s encouragement, I approached Ben at a book signing for Lies Sleeping and, fortunately, Ben agreed! I’m really looking forward to working with my team and sharing their work with all of our fans, new and old.”

Gavin Inglis is a writer and teacher based in Edinburgh, with a background in tech and music. He writes adventures for Call of Cthulhu, including the introductory solo Alone Against the Flames. Other work includes interactive novels published through Choice of Games, and credits on Zombies, Run! and Fallen London. His fiction has appeared in a magazine for actual conjurers, and his story collection Crap Ghosts is the definitive reference to ineffective apparitions.

Gavin was Language and Cognition Fellow at the Department for Clinical Neuroscience in Edinburgh, during which he produced a graphic novel about Functional Neurological Disorder, and an AI version of H.P. Lovecraft. His interactive web story about mental health, Hana Feels, was nominated for an XYZZY award. www.gavininglis.com.

“I love exploring London to find its history and hidden ways, so it's a joy to be introducing players to the Rivers of London game and Ben's eerie world.” 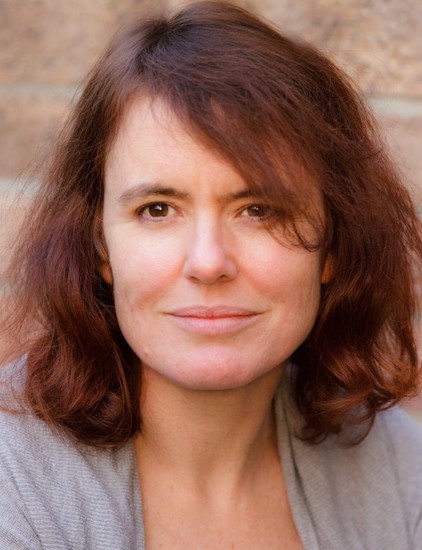 Keris McDonald lives in the north of England, discovered Dungeons & Dragons before it was even considered a threat to one’s immortal soul, and has been playing and GMing scenarios for Chaosium’s Call of Cthulhu for 35 happy years. Her RPG scenarios have been published by Worlds of Cthulhu and The Cthulhu Hack. With many years involvement in writing live-action roleplaying events, she is currently helping run a Victorian Gothic LARP system.

A writer of supernatural fiction across the horror, fantasy, and erotica genres, Keris has nine novels in print and has seen her short stories published in many magazines and anthologies. Her short story “The Coat Off his Back” was chosen for inclusion in Best Horror of the Year Vol. 7 (ed. E Datlow).

“It’s an honor and a privilege to be working on a fictional world as beloved as Rivers of London, and helping to bring it to life for gamers.” 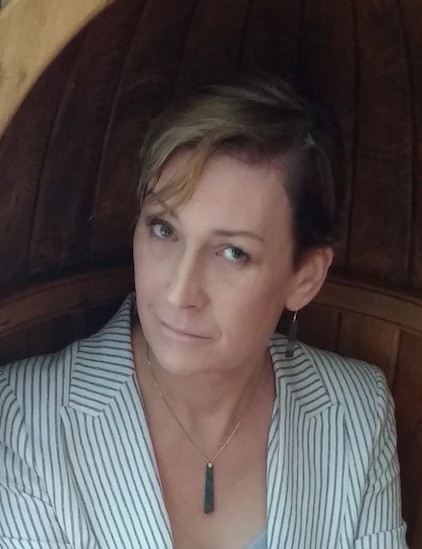 Helena has been tabletop roleplaying since 1981 and has died on paper many times at the hands of formless horrors, faerie knights, and at least once by explosive decompression. She has written adventures for Call of Cthulhu, RuneQuest: Roleplaying in Glorantha, Dune: Adventures in the Imperium and Conan: Adventures in an Age Undreamed Of. Helena is one of the original developers of the cult film & television game 7TV, created the official roleplaying game of Robert Rankin’s Brentford books, and wrote a Choose Your Own Dinner Party gamebook combining elements of a Mike Leigh play and an Alfred Hitchcock film.

She lives in Hertfordshire by the River Lea, about 30 miles north of Mama Thames as the duck paddles, with her wife and far too many comic books.

“Ben Aaronovitch’s Rivers of London books have had me hooked since Peter Grant’s first interview with a ghost in Covent Garden. It is a London I have known all my life, but interwoven with uncanny, dangerous threads of magic and magical beings. I’m super excited to be given the chance to shine a werelight on some of the darker corners of the Rivers of London world in this new RPG.” 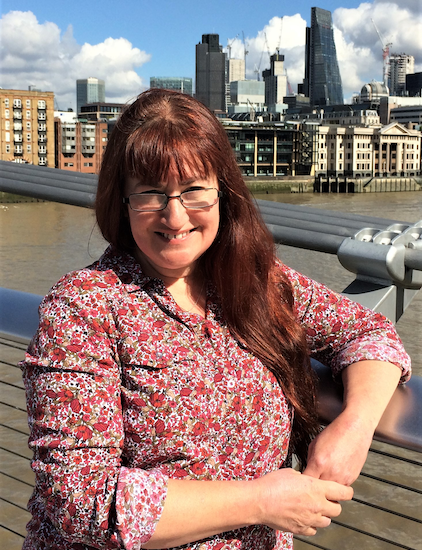 Lucya Szachnowski has lived in London all her life and loves her city, roleplaying, and all things magical. For Chaosium’s Call of Cthulhu RPG, she co-wrote The London Guidebook, “The Garden of Earthly Delights” for Strange Aeons, “Suffer Little Children” and “London Calling” for Day of the Beast, “The Occulted Light” for Before the Fall, and contributed to The Investigator’s Companion and Keeper’s Compendium. She wrote the introductory scenario for the Sigil & Sign RPG, by Cubicle 7 and Make Believe Games. After years working on local London newspapers, she did an MA in English literature, specializing in literary London. Under the pen name Lucya Starza, she has written books on practical magic in Moon Books’ Pagan Portals series, and writes a London-based blog: A Bad Witch’s Blog. She is very excited to be involved in the Rivers of London RPG.