As I mentioned in an earlier 'Out of the Suitcase' post, I've recently been in the process of updating a book that went out of print over 20 years ago. Back in 1999 the Reaching Moon Megacorp published the second edition of my guide to Gloranthan and RuneQuest publications. As a fan of jet aircraft I thought I would be clever and gave my book the title The Meints Index to Glorantha, or "MIG" for short. This 124 page book described all of the various publications for the RuneQuest RPG and also anything published that had Gloranthan content. Thus, it was filled with RPG books, magazine articles, board games, miniatures, and similar.

Here's how I described the book on the back cover*:

Product Descriptions - which include an overview of each item’s contents and an inventory of the cults, miniatures, spells, skills, scenarios and creatures the authors detailed.

Hundreds of Illustrations - over 100 of the products are depicted with their cover art so you know what to look for and can also see how vividly they brought Glorantha alive.

Article Listings - so much of what has been written is scattered through a wide variety of magazines. This ever-growing list is organized to help you find your way through the stacks.

Alphabetized Lists - every cult, scenario, spell, skill and creature detailed in all of the products have been organized into lists of their sources. You will no longer have to hunt for their details.

Since a picture is worth a thousand words, here's a few pages from the second edition, known as the MiG2: 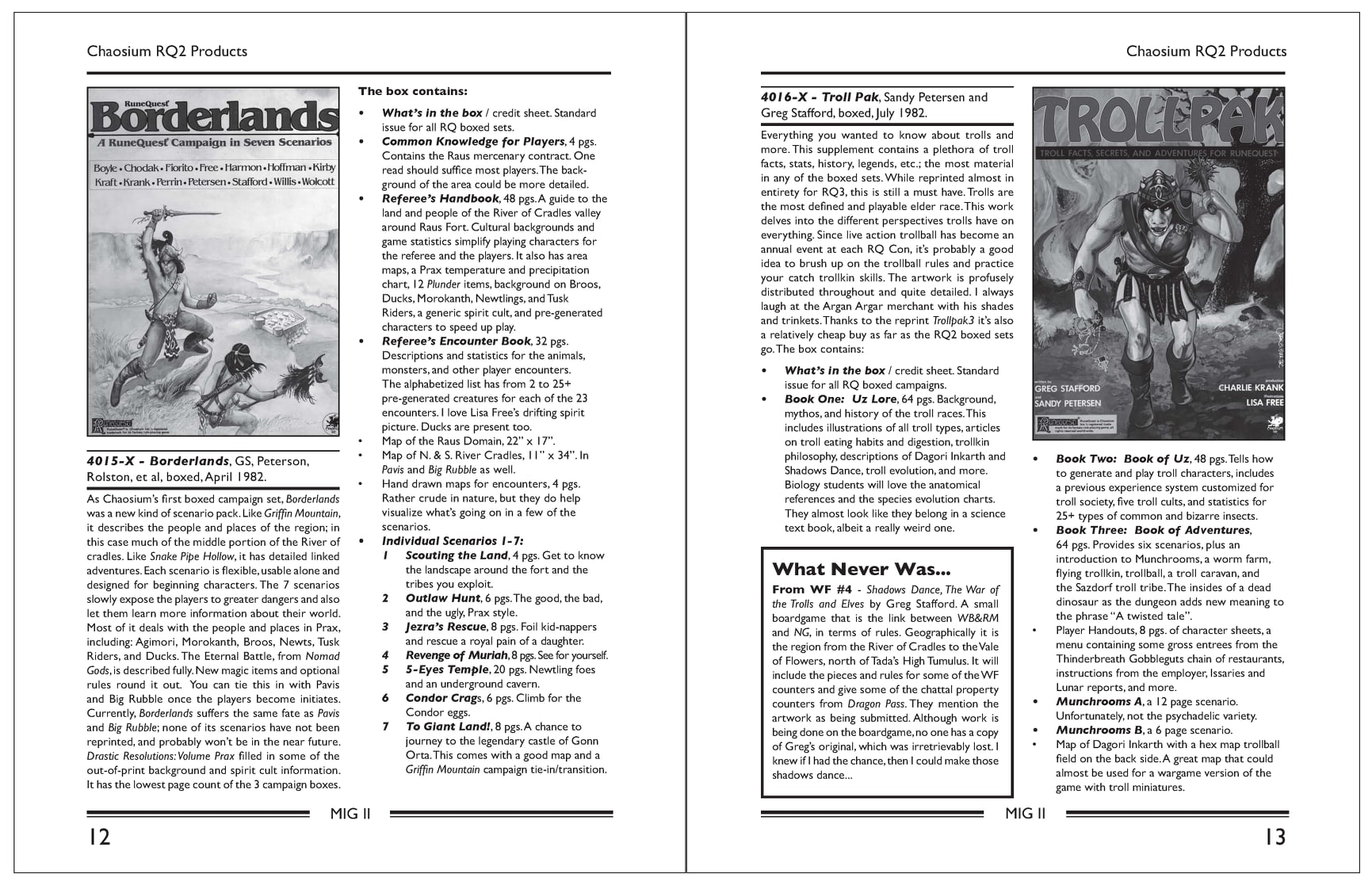 As far as updating for the third edition of the MiG goes, recently I've been tackling another chapter in the publishing of Gloranthan lore, the Issaries Inc. Hero Wars and HeroQuest era (2000-2006). This period saw an early experimentation with trade paperback sized books, an interesting boxed set, and a major rebranding when the HeroQuest trademark finally became Greg's after losing it decades earlier (more about that, and the recent reversion of the HeroQuest trademark back to the Milton Bradley board game, here). 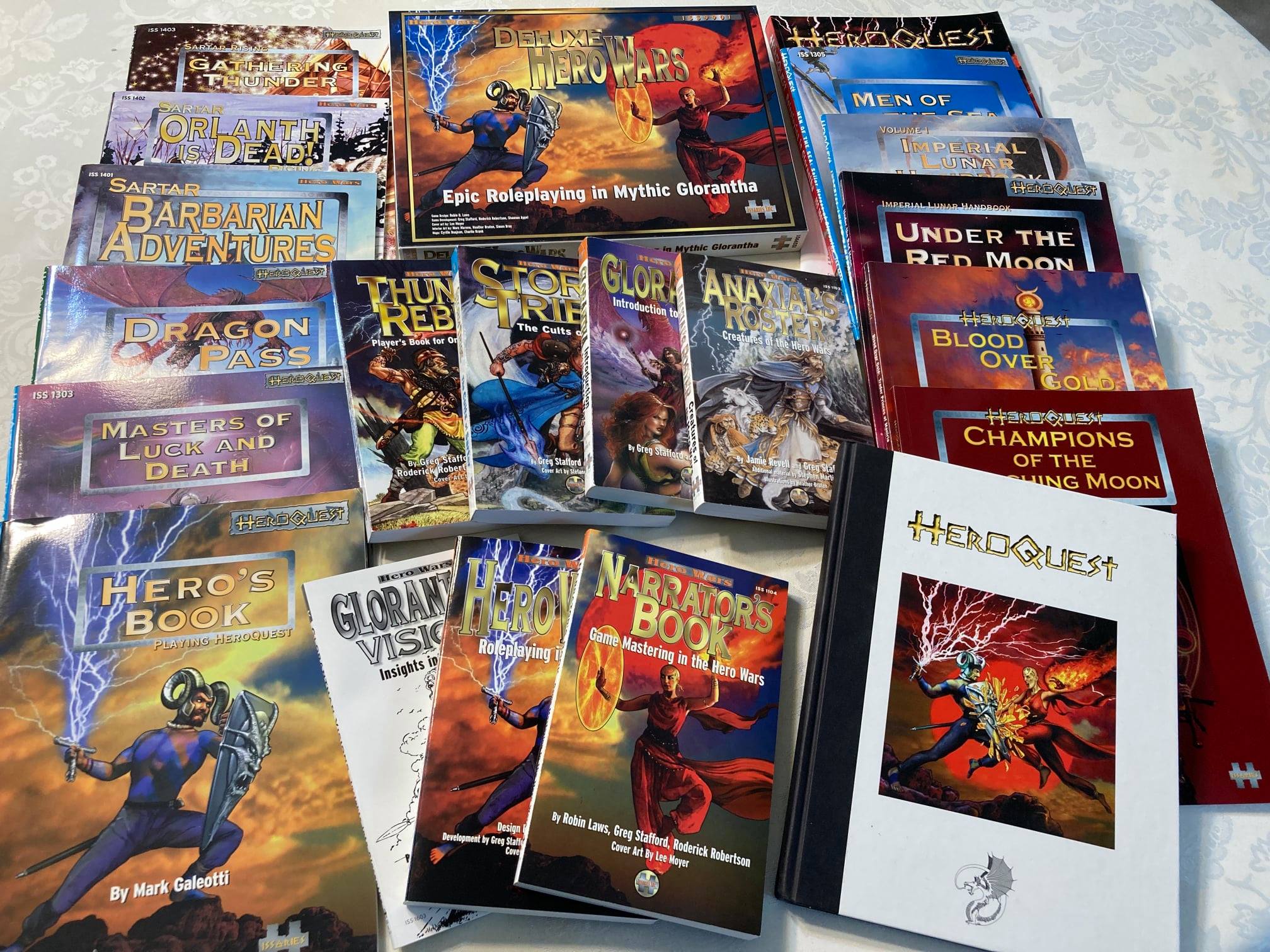 One challenge I face is how to include Hero Wars/HeroQuest adventures, spell, skill, creature, and cult information onto the Master Lists found in the last edition of the MIG. It's handy to have a list for where you can find the RuneQuest stats for a creature or the best write-up for a cult, but the HW/HQ treatment of this info is of a very different nature, and I don't want to confuse people. All advice is welcome - my latest thoughts are to just list the cults. No reason to do spells or skills.

*The back cover of the MiG2 also had a 'What the Critics Say' box. This was is if by a variety of Gloranthan reviewers, and hopefully they raised a smile: