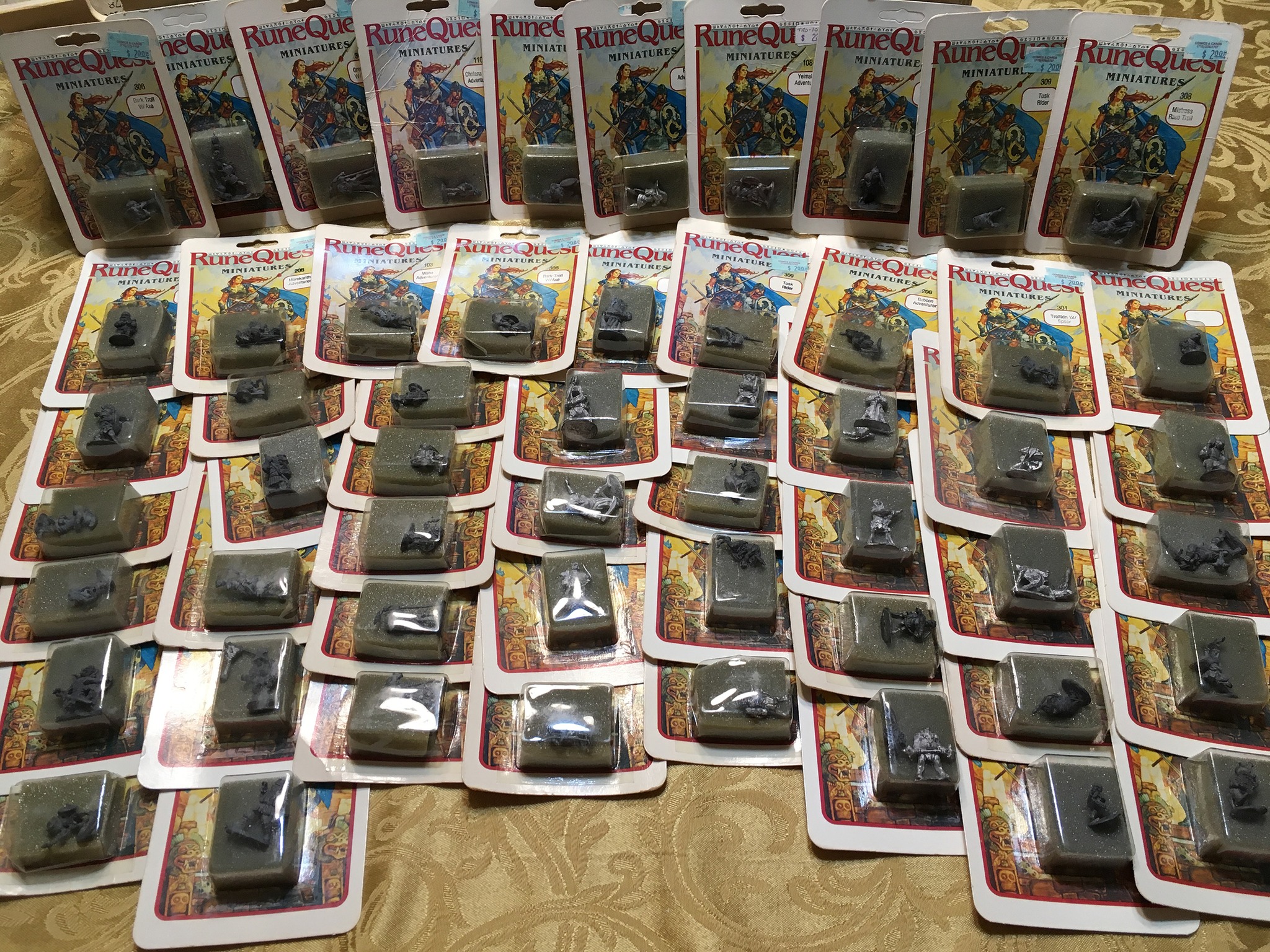 One of the best parts about going to various tradeshows and conventions includes making new friends and catching up with old ones. Most shows I manage to take a few moments to chat with Don Reents of Chessex Dice, but this trip – going to the Alliance Open House in Fort Wayne, Indiana – we took it to a whole new level.

Chessex just happens to be based in Ft. Wayne too, and their HQ is only about 10 minutes from our hotel. My colleague Dustin and I decided to just swing by see if Don was in the office and luckily he was, and he graciously took the time to give us the 10 cent tour.

Don's history with Chaosium goes back to almost the beginning, back to when he worked at Games of Berkeley. That's the company that became the importer of Citadel's range of minis for RuneQuest in the early 1980s, which I talked about in my previous post.

The Citadel RQ Minies were imported into the US under the Trollkin Forge brand, and they sold a lot of them. But I was never positive exactly how big the range was, as I had never seen any sort of Trollkin Forge catalog or product list for the line.

That is until today: at the end of our tour Don took us into one of the storage rooms that had a bookshelf full of old Chessex catalogs, Greater Games Industry magazines, and the like. My gaze seemed to focus on a single unlabelled slim blue binder, so I took it off the shelf and opened it up. Much to my surprise, it contained all of the product pages and adverts for the Trollkin Forge product line! Don was nice enough to make copies of the pages for me.

Sometimes it does all come down to just random luck and serendipity. 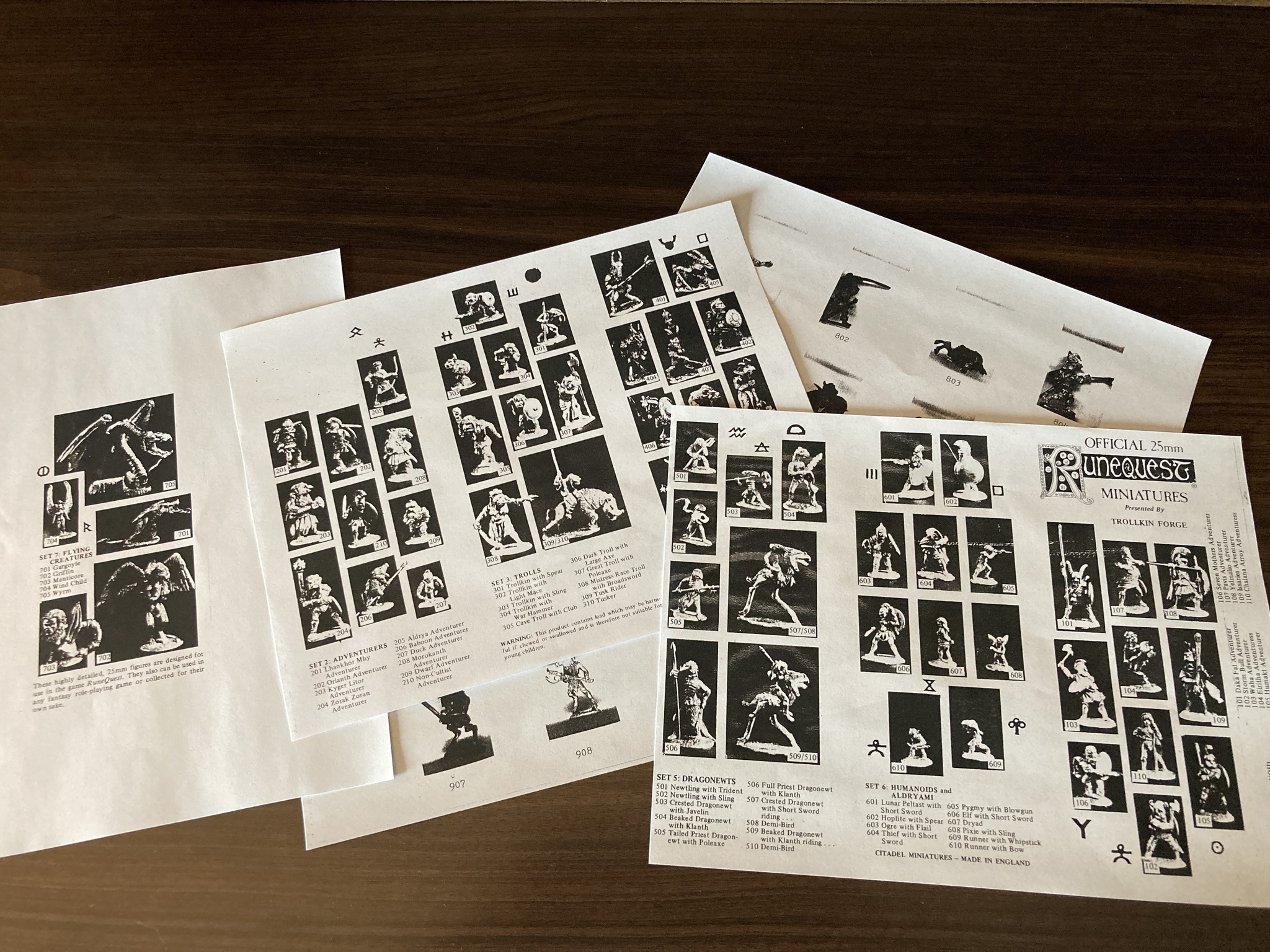 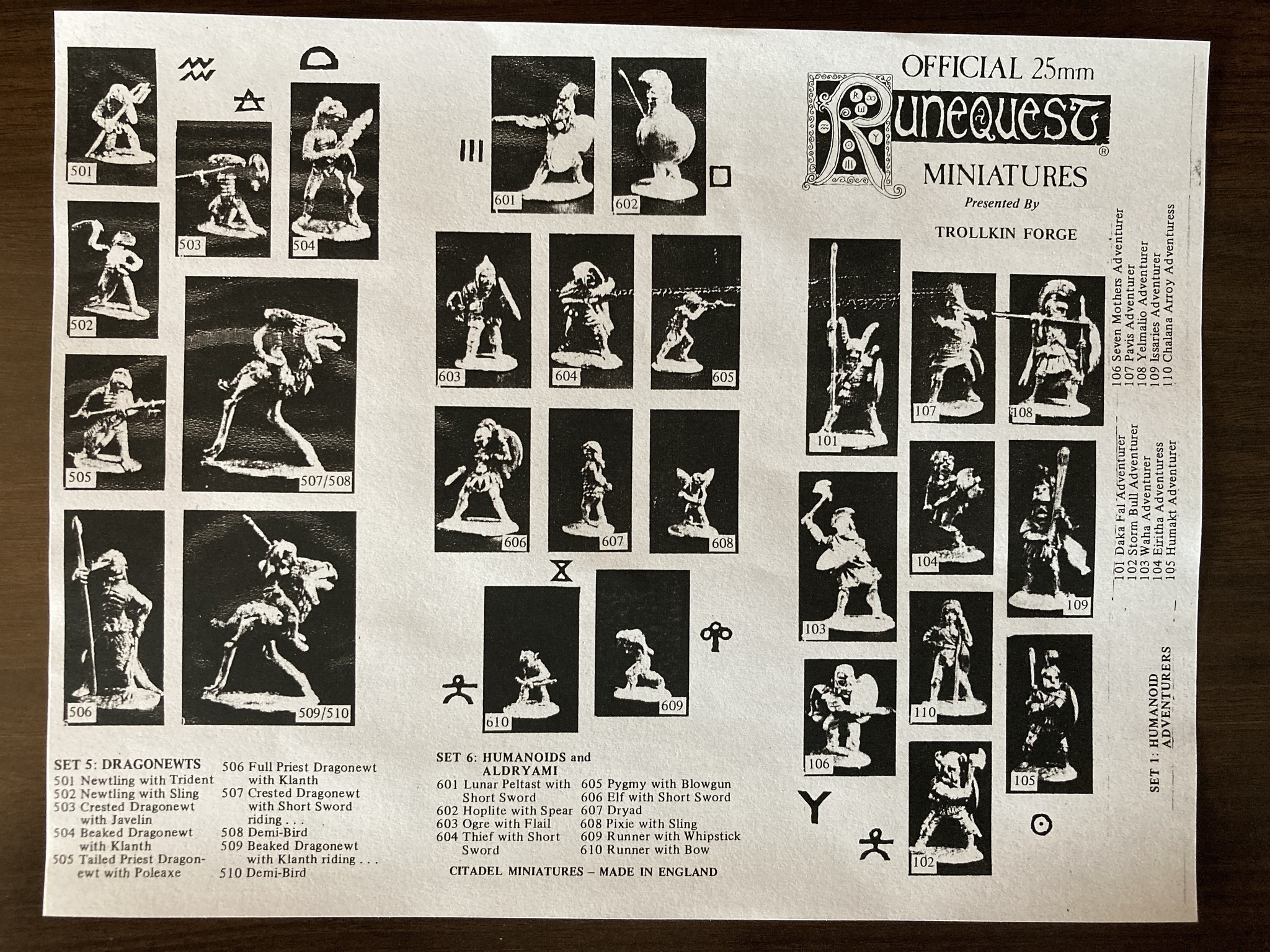 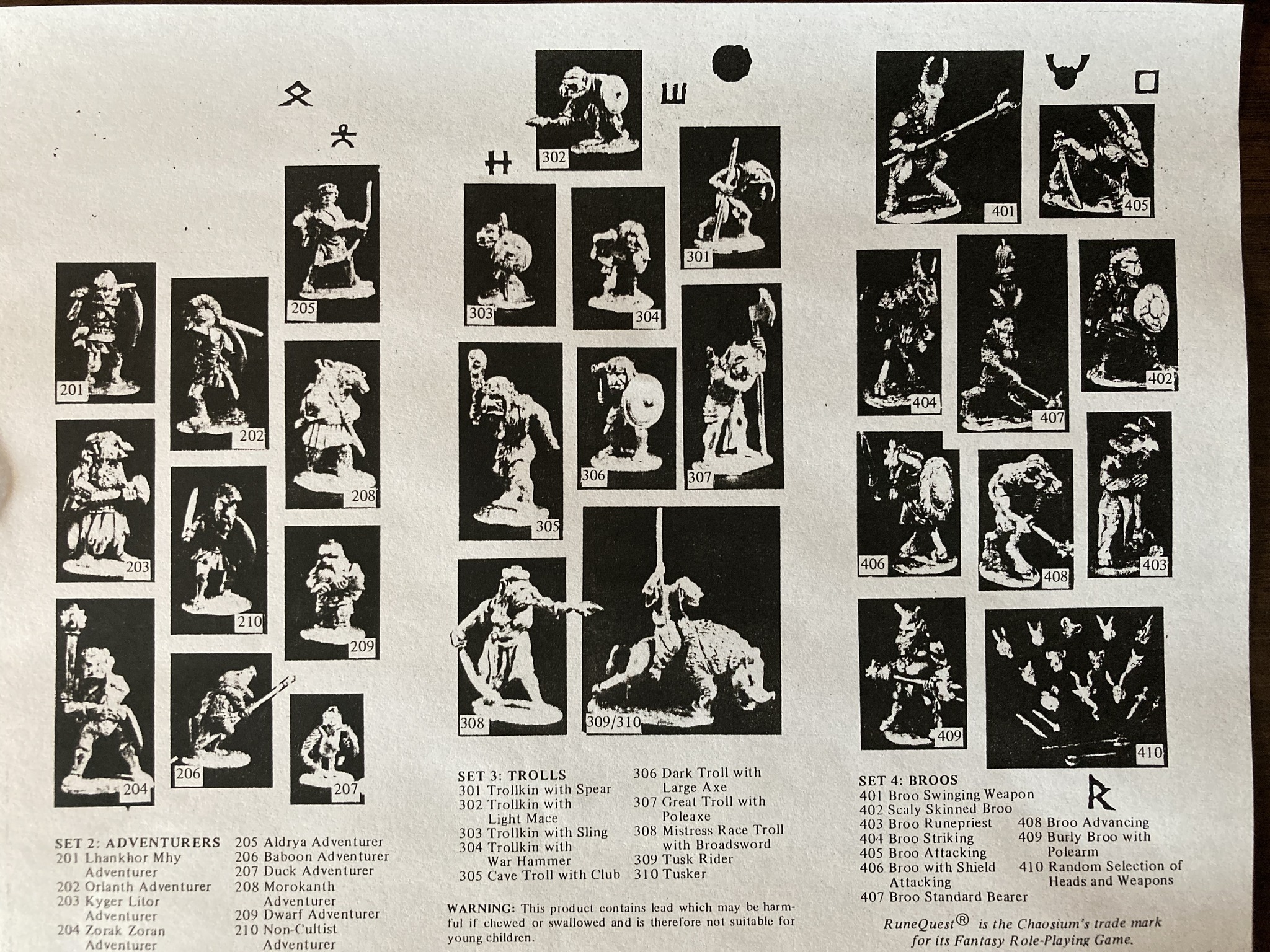