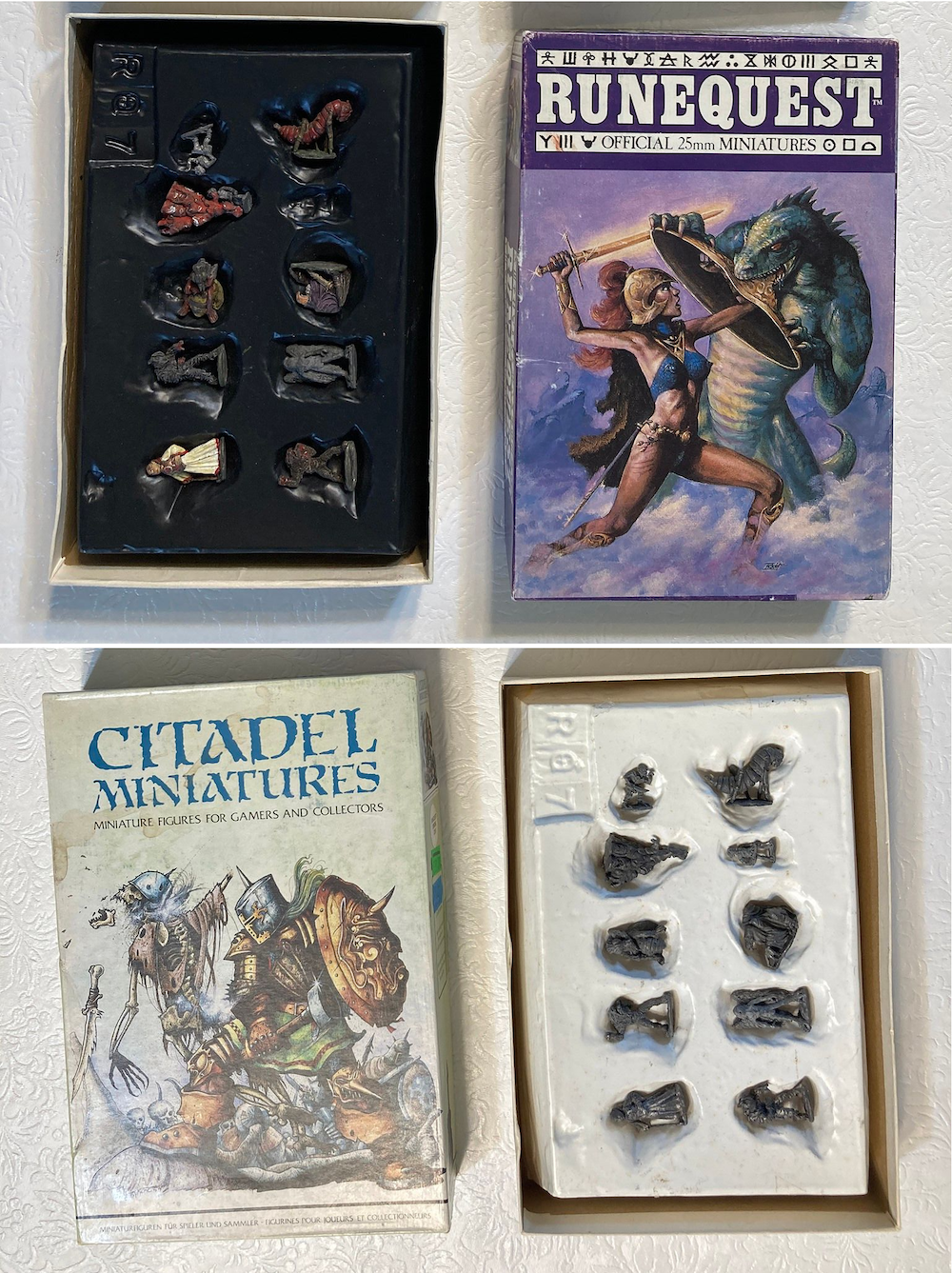 One of the joys and curses of being a completist collector means you seek out every printing, edition, and variant of each item. The most recent occurrence of this for me relates to the Citadel RuneQuest miniatures I recently acquired from Mark Durston, a long-time gaming friend of mine.

The RuneQuest Demons Set 7v2 was the last set in the series in 1983. Unbeknownst to me until a few weeks ago, this set also came in a white plastic tray. As with the Dragonewts boxed set (#5), I had only ever seen this particular set come with a black plastic tray.

As for the box itself, the Demons set was first sold in the non-specific RuneQuest logo box, shown above right. The box bottom has the Demons cover sheet glued to it, plus Citadel sometimes used a small round sticker on the side of the box to help identify it. I had always suspected they also sold this set in the more generic "Citadel Miniatures" box as shown on the left, and this recent purchase allowed me to confirm that too.

Another rarity found in the Demons boxed set is a 4-page "A5 booklet" on a folded sheet of blue A4 paper. Two pages detail all the RuneQuest 2nd Edition stats for the Demons.This includes stats for the Nightmare which was not actually included in the box: that mini was only sold separately. The other two pages feature the RQ2 mini-scenario 'The Best Laid Plans' by Dave Morris. 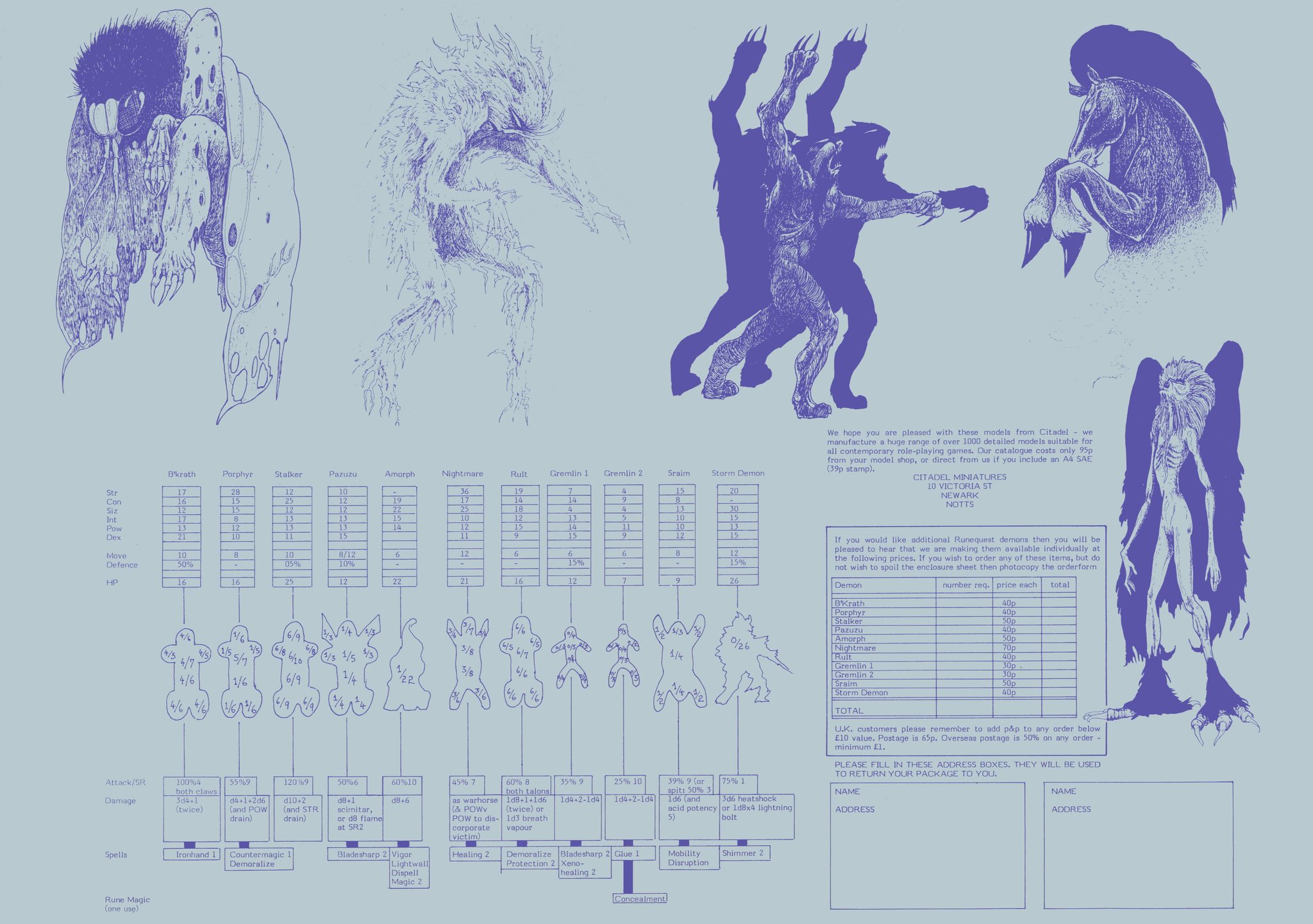 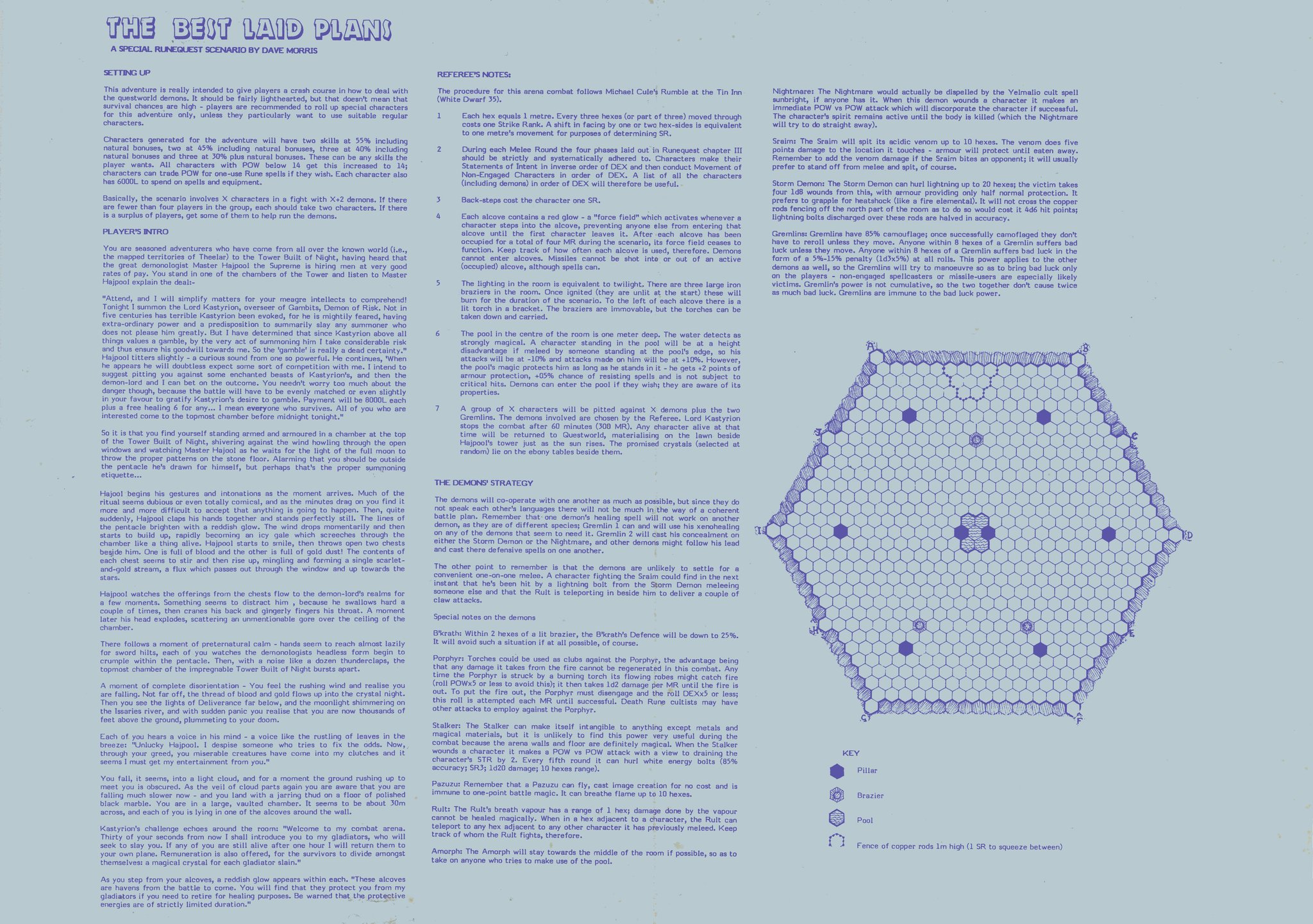 The only other Citadel RuneQuest boxed set to have inserts like this was Set 4: The BROO. It contains two of these "A5 booklets". The first features the Warhammer campaign system scenario 'The Great Arena of Tuth' by Bryan Ansell, and the second has the mini-campaign 'The Quest for Chaos'. But neither of these are for RuneQuest 2nd Edition or set in Glorantha. 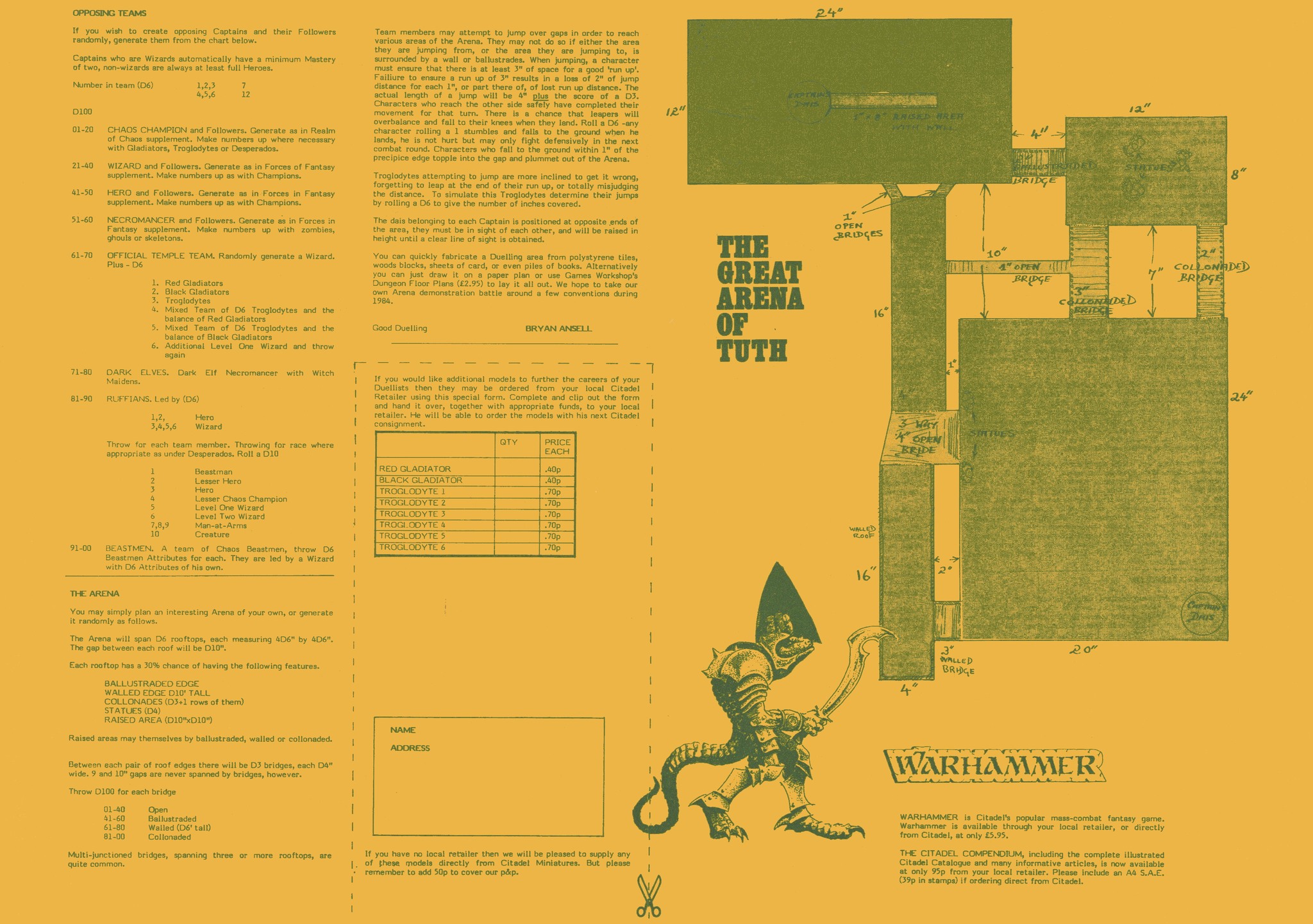 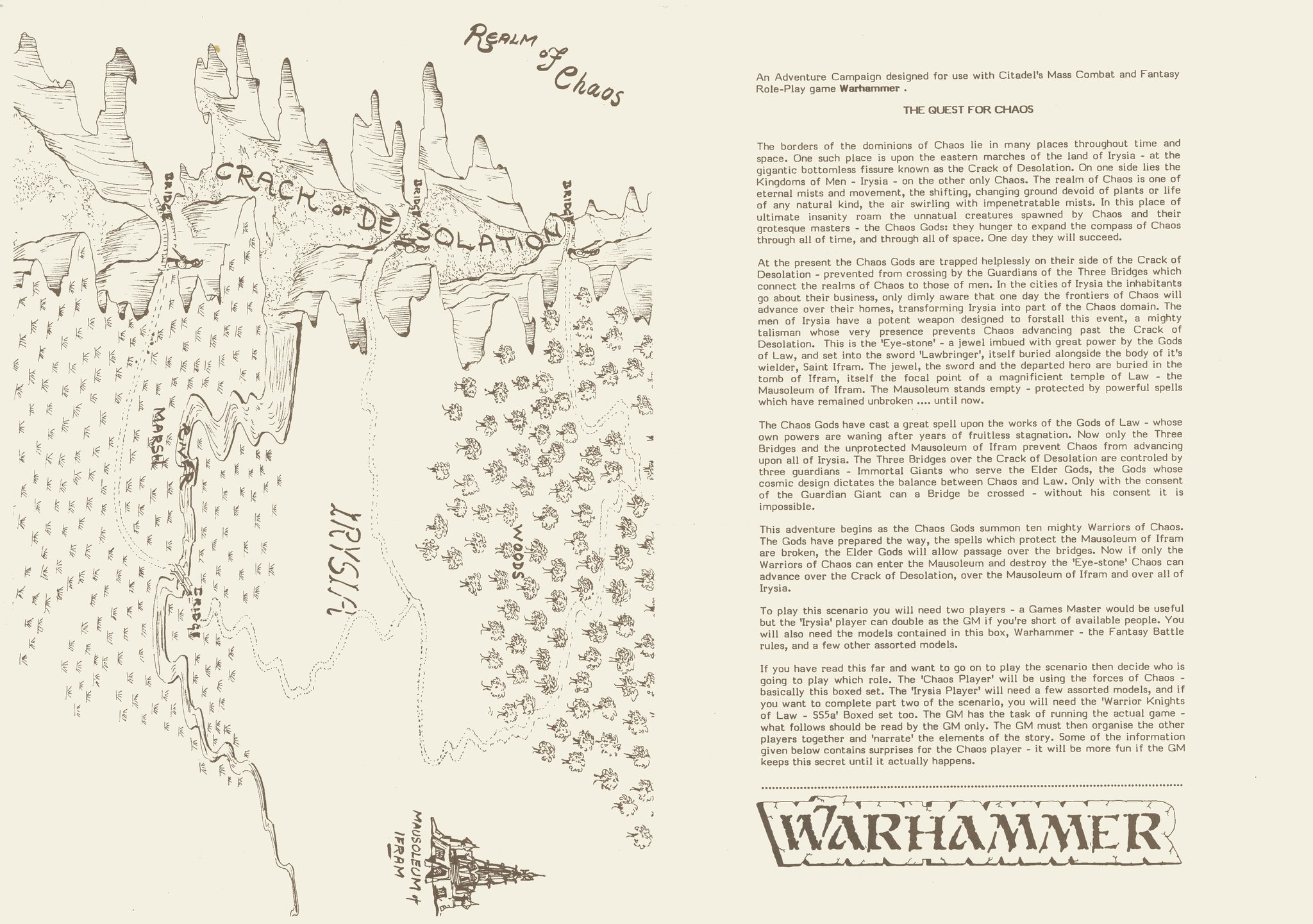 The first seven sets of Citadel RuneQuest Minatures were released in mid 1982. These all had differently colored RuneQuest logos, along with descriptive text for each set. The box cover reuses the cover art of Games Workshop's version of RQ2 (itself a riff on the cover of the Chaosium edition). Grey foam inserts protect the minis. 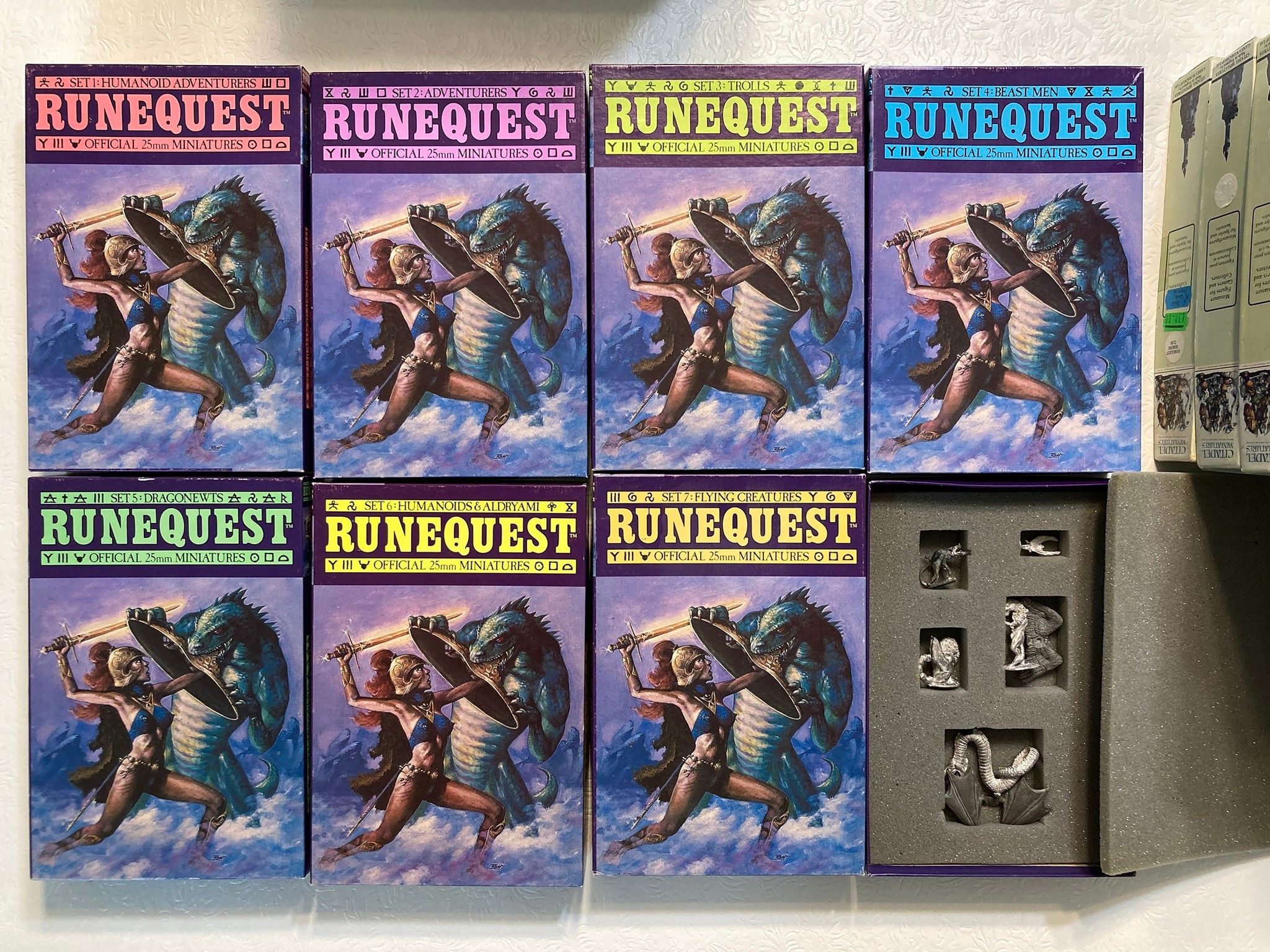 The second wave of releases in 1983 used the same cover art, but came with a white RuneQuest logo and the same generic description ("Official 25mm Miniatures"). To learn what the minies actually were you had to look on the back of the box, or the small round white sticker on the right side. 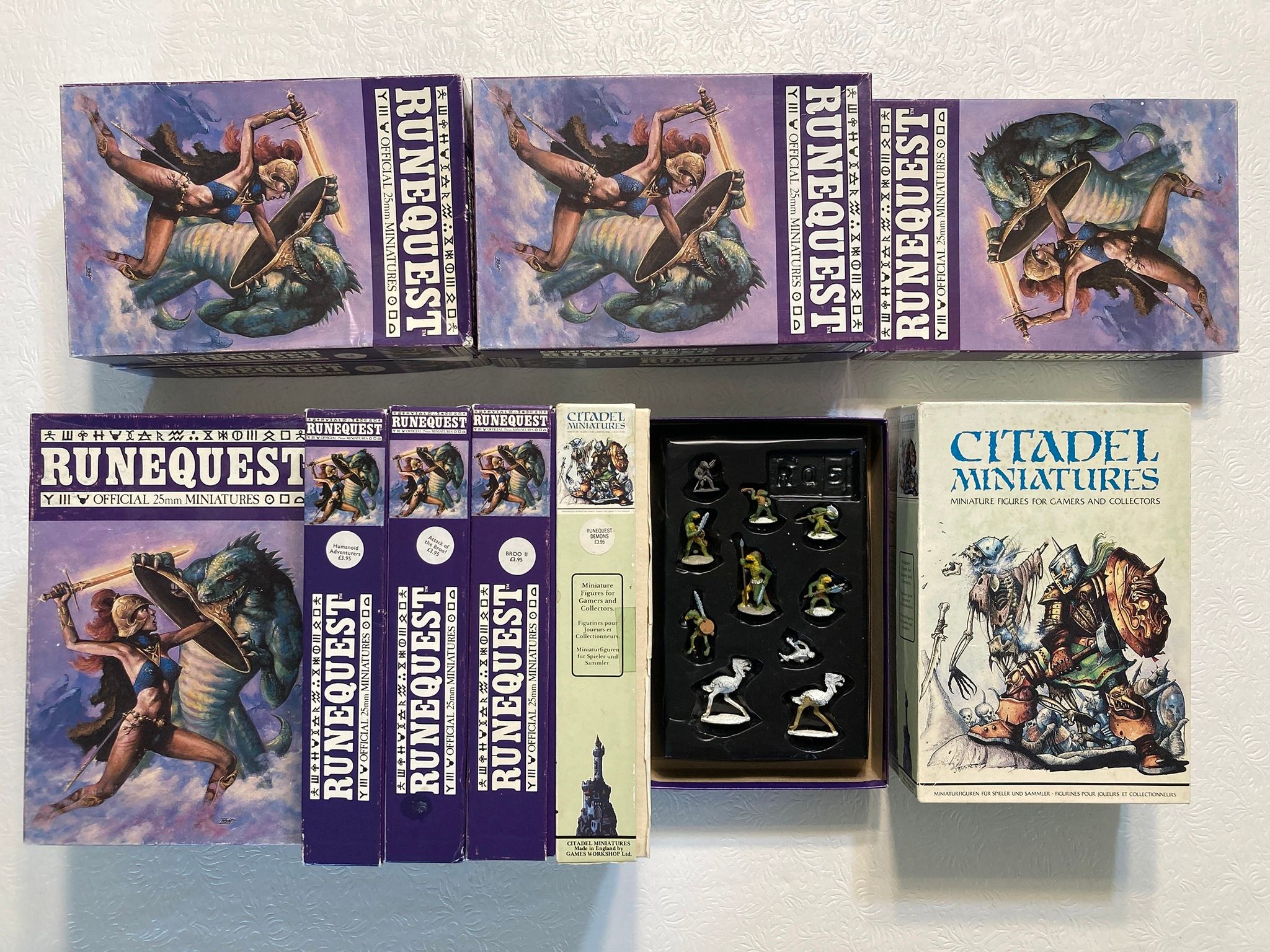 Collecting them all means at least 21 boxes! 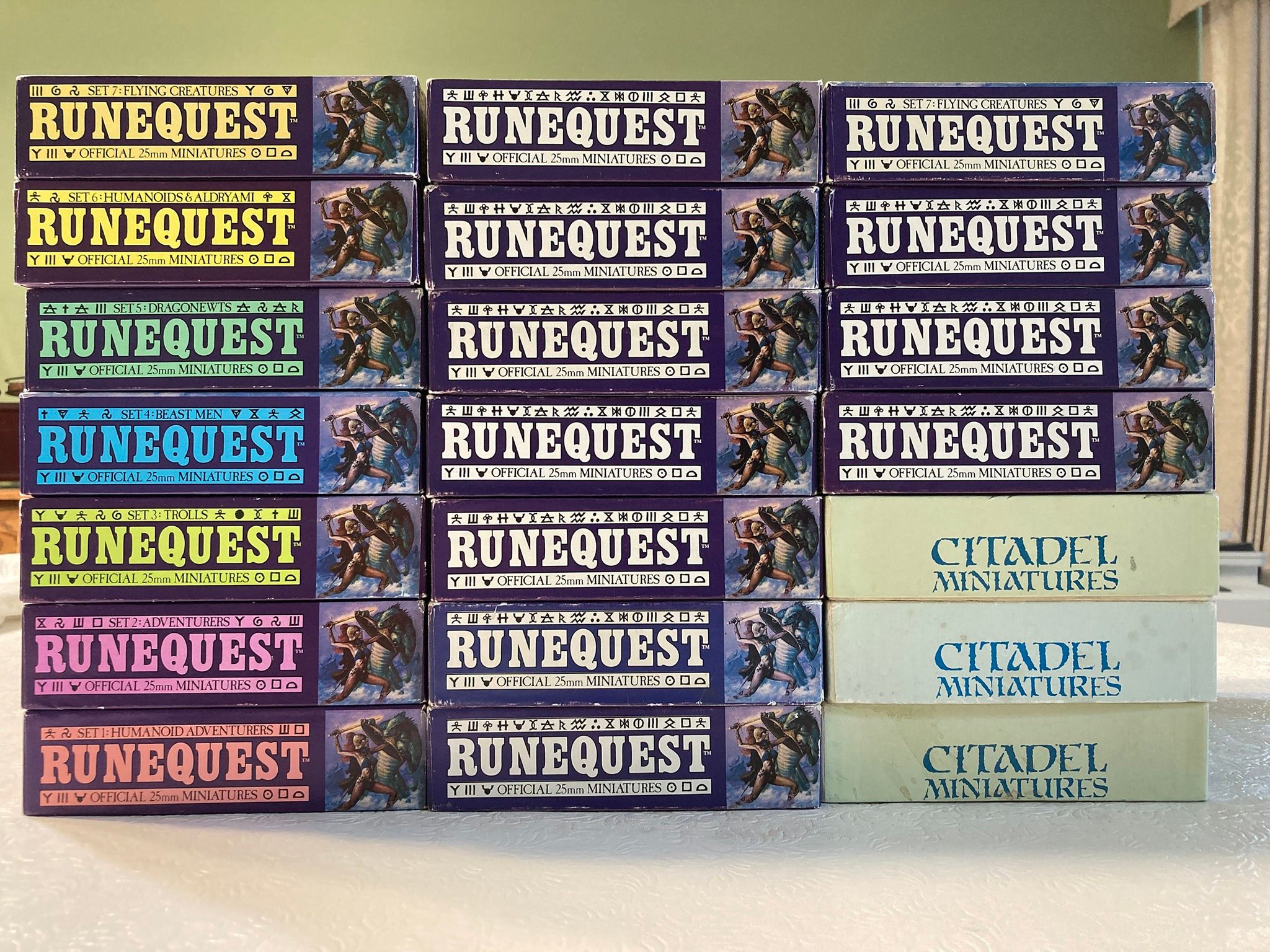