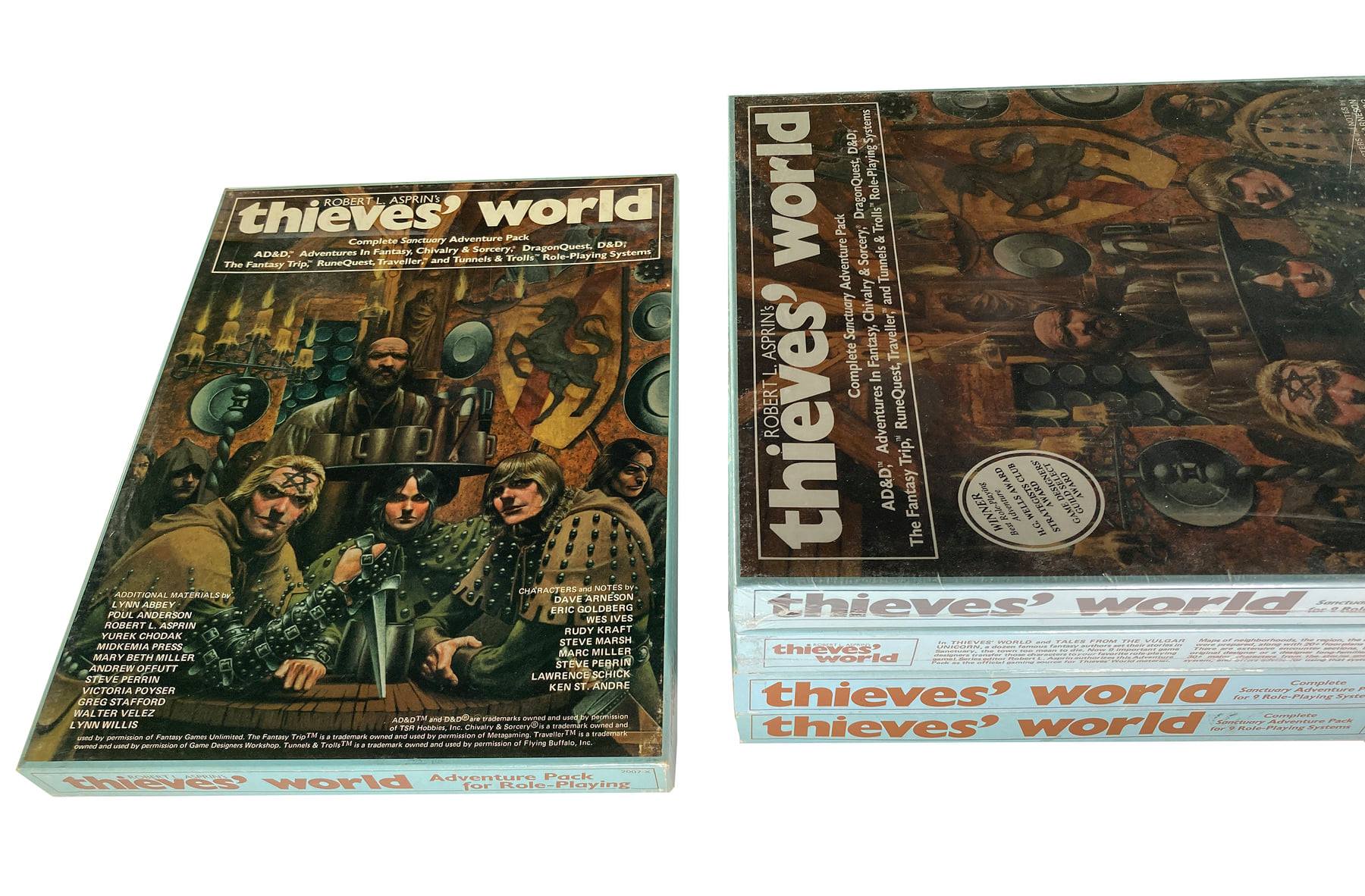 While the 40th Anniversary of Call of Cthulhu is almost upon us, it debuted in November of 1981 and had little time to become widely-known before the end of the year. But Chaosium produced a bumper crop of other games in 1981, including Stormbringer, Griffin Mountain, and Thieves' World.

Thieves' World's first print run sold out within 5 months, and it burned through three more printings in 1982. Before the license was ended in 1987 it went through a total of NINE printings.

Of course, that makes some collectors and completists wonder exactly how many distinct printings there were...

The first edition is easy to distinguish if you look for two things. First, it does not have the white oval "winner" logo in the upper left corner on the box front. Second, on the back of the box it doesn't say "SECOND EDITION" above the "t" in "thieves' world" at the top.

After that it gets a bit muddy...

There are at least 3 subsequent printings with visible differences. The first, second and third printings used brown ink on the outside of the box, and all subsequent printings used black ink. Thieves' World won the Origins award for best RPG Adventure in June of 1982. The 4th printing was in July of 1982, so it is possible that they incorporated the "winner" oval on the front cover with the 4th printing. Thus, the first three printings do not have it on the front cover. I am still researching when the Second Edition debuted, but (obviously) it can't have been no later than the third printing.

Further muddying the waters is the fact that all these sets were collated in the Chaosium warehouse, and previous printings of things would get used up before switching to the newer printed versions. For example, I have a set with a first edition box top but a second edition box bottom. I am sure various printings of the books got collated in odd ways, proving we have always been "The Chaosium", never "The Orderium". 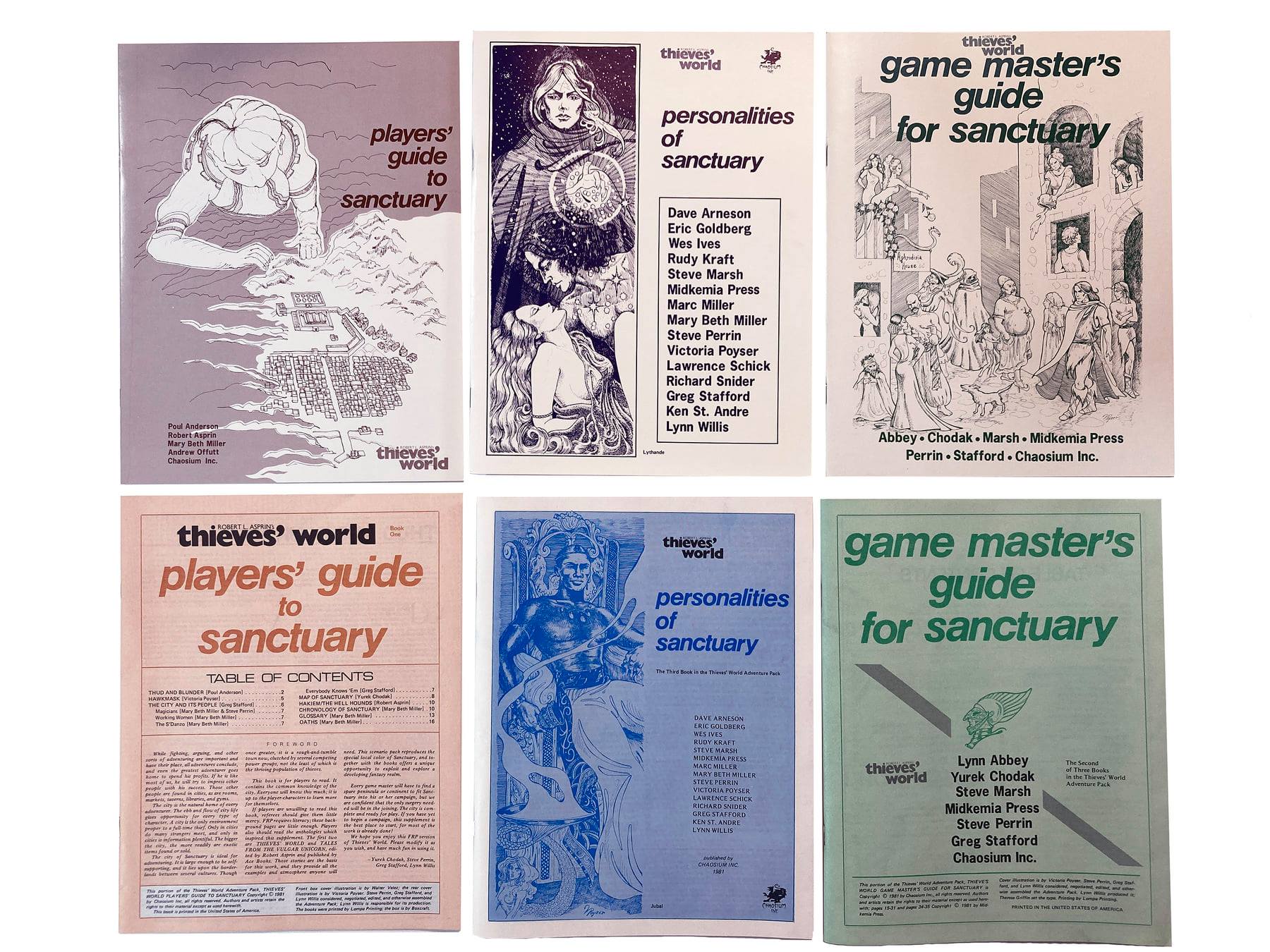