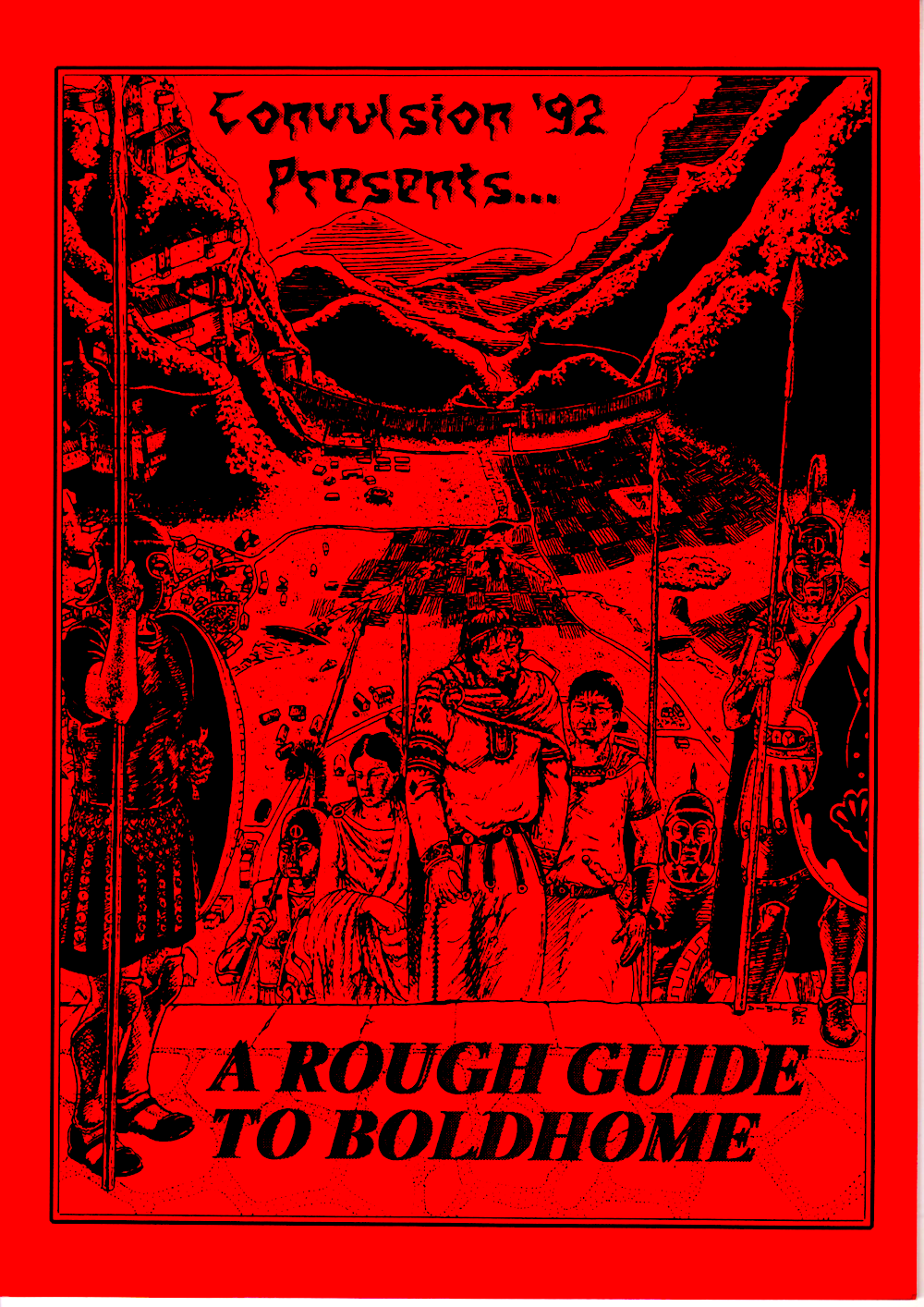 One of the most important events in Gloranthan gaming took place thirty years ago today, which set the course of the convention and fan publishing scene for a decade or more, and helped set things in place for the resurgence of RuneQuest today.

The eighty-player Gloranthan freeform live-action role-playing game Home of the Bold, written by Kevin Jacklin and David Hall, was run for the first time at the first ever Convulsion games convention in Leicester, UK*.

Our community content ambassador Nick Brooke was one of the participants; it was his first-ever LARP. On reminiscing about Home of the Bold, and the impact had on his subsequent life as a RuneQuest - Glorantha fan and content creator, Nick said:

Home of the Bold was the first live-action role-playing game I'd been in. I played the role of Prince Temertain of Sartar – it was the first time I'd roleplayed a character who was almost entirely there for comic relief. Temertain was originally an NPC from Greg Stafford's Gloranthan RuneQuest house campaign at Chaosium, an unworldly academic dragged from his studies to be propped up as puppet ruler of his occupied homeland by agents of a scheming, decadent empire. In Home of the Bold, he was a tool for the GMs, a target for the rebellious Sartarite chieftains, a puppet for the occupying Lunar Empire, and completely ineffectual. 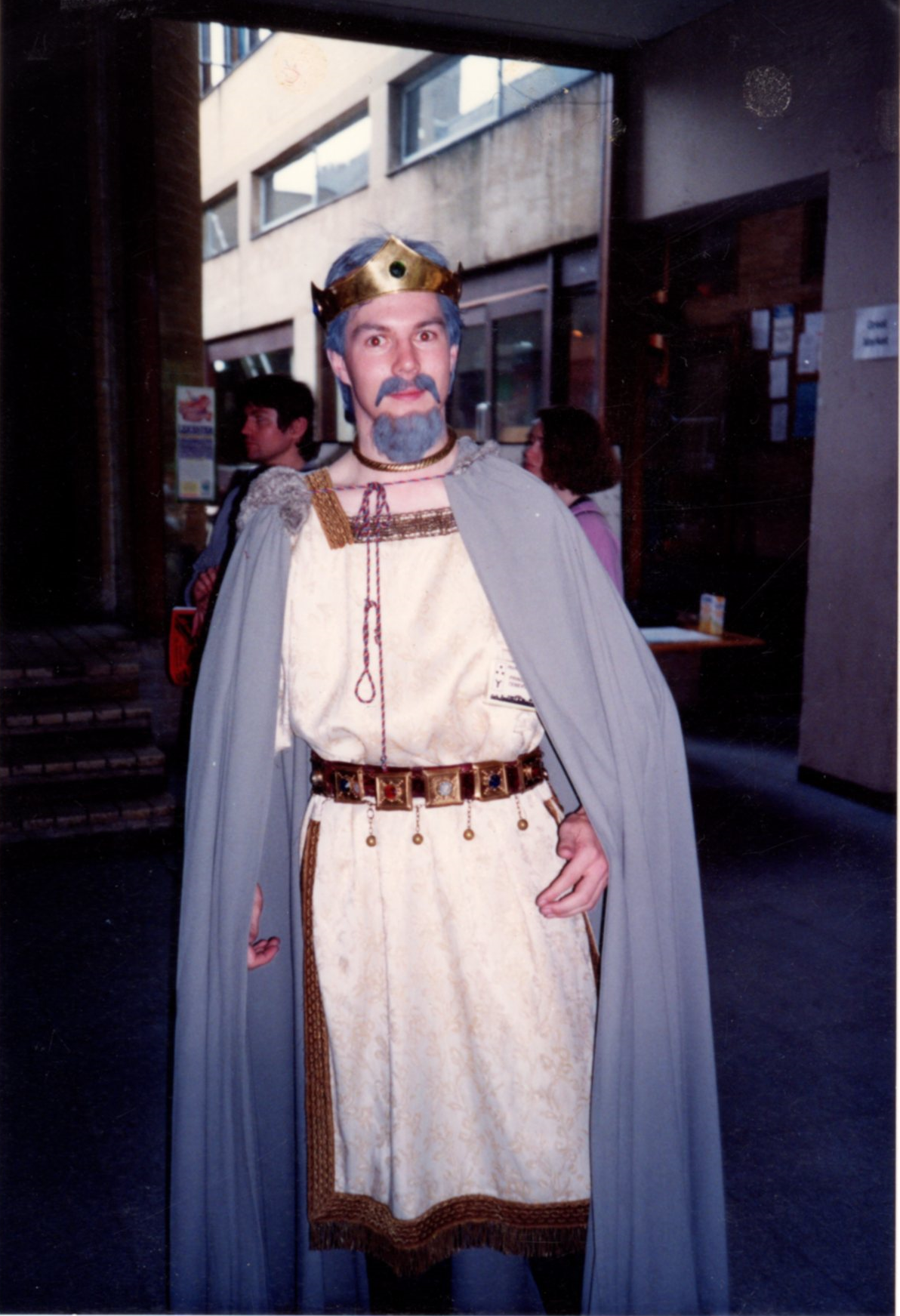 And yet, through play, I had a whale of a time. Because I wasn't "playing to win," but "playing for effect," I managed to make the game more enjoyable for myself and everyone else. And that's something that has really benefited my subsequent LARPing: over the next decade or so, I kept getting cast in villainous roles, because "chewing the scenery," demonstrating megalomania, shaking my fist impotently at heroes, devising monstrous schemes with untrustworthy accomplices and then failing hard in the last reel is a valuable talent, and one I think every GM should learn. 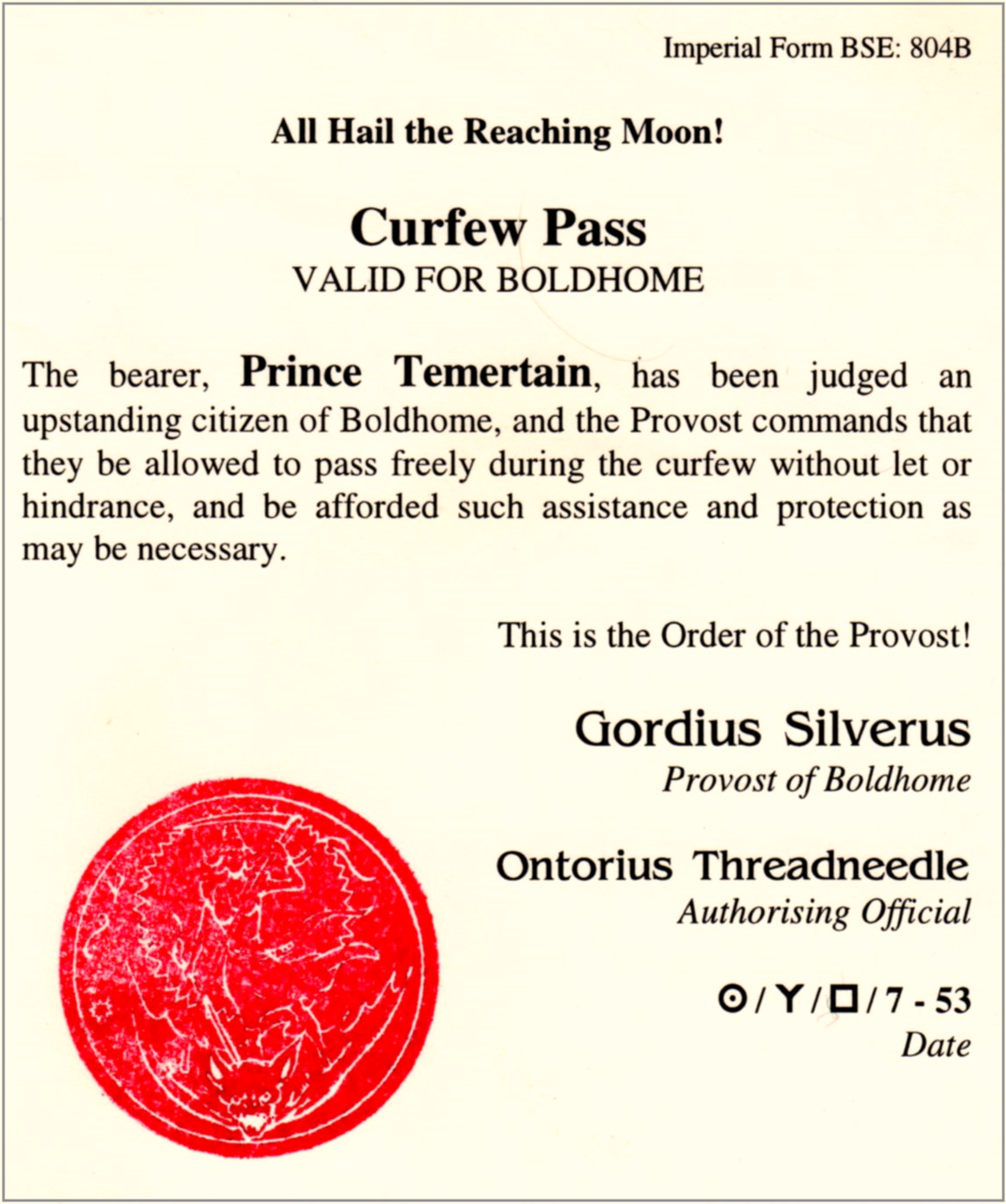 Home of the Bold was a successful Gloranthan game that worked on a large scale because it gave the players enough information to enjoy themselves, without expecting them to know every detail of the world. It was happy to use cliches and stereotypes, if that made for more fun for more players. It didn't get hung up on small details, and was happy to work with a broad brush. Having Roman Lunars vs. Braveheart / Celtic Sartarites was an easy idiom to grok: the setting was just like Life of Brian, only with more woad and kilts (and much worse weather).

And not getting hung up on minute details helped my work with the Reaching Moon Megacorp (publishing the influential Gloranthan fanzine Tales of the Reaching Moon) and my outreach activities on the various Gloranthan mailing lists and forums extant at the time: if something was so obscure that nobody could ever follow it, it was getting in the way of Maximum Game Fun. My most often translated article, A History of Malkionism* was written as freeform background, to be the shortest possible account of the Gloranthan West's myths and history.

We gradually learned to make our writing more flexible and modular, never writing a page when a paragraph would do, sharing material between characters where it made sense to do so.

I spent the rest of the 1990s and early 2000s helping to run the next Convulsion conventions, and playing and writing freeforms, including co-authoring Home of the Bold's two sequels, How the West was One and Life of Moonson*.

I even got to play the role of Prince Temertain of Sartar twice more, invited back in the same role for the US and Australian runs of Home of the Bold. Bumbling around ineffectually between various imperial generals and rebellious tribesmen, I even managed to raise the stakes, coordinating my own Royal Wedding among other pointless distractions.

Future Chaosium team members Lynne Hardy and David Scott also participated in the first running of Home of the Bold, and Julia Rawcliffe was present at the convention too (as a three year old).

After Convulsion in July 1992, Home of the Bold was run again several more times, including the first RuneQuest Con in Baltimore (January 1994) — which, in addition to Nick, featured future Chaosium team members Rick Meints, Neil Robinson, Michael O'Brien and Susan O'Brien in the cast — RQCon Down Under in Melbourne, Australia (January 1996), where future Chaosium team member Andrew Bean took part, along with Nick, Rick, MOB and Susan; and Convulsion 3D and Convulsion C2K in Leicester, UK (July 1996 and July 2000).

*The Convulsion convention lives on as Continuum! - in fact, the next Continuum Convention takes place next month (August 5-8) in Leicester, UK – more details here: https://continuumconvention.co.uk 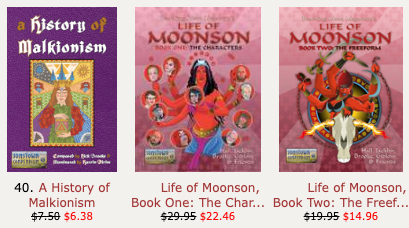 *Nick's History of Malkionism from How the West was One is now available in the Jonstown Compendium, beautifully illustrated by Greg Stafford Award winner Katrin Dirim.

A Rough Guide to Boldhome cover art by Dan Barker