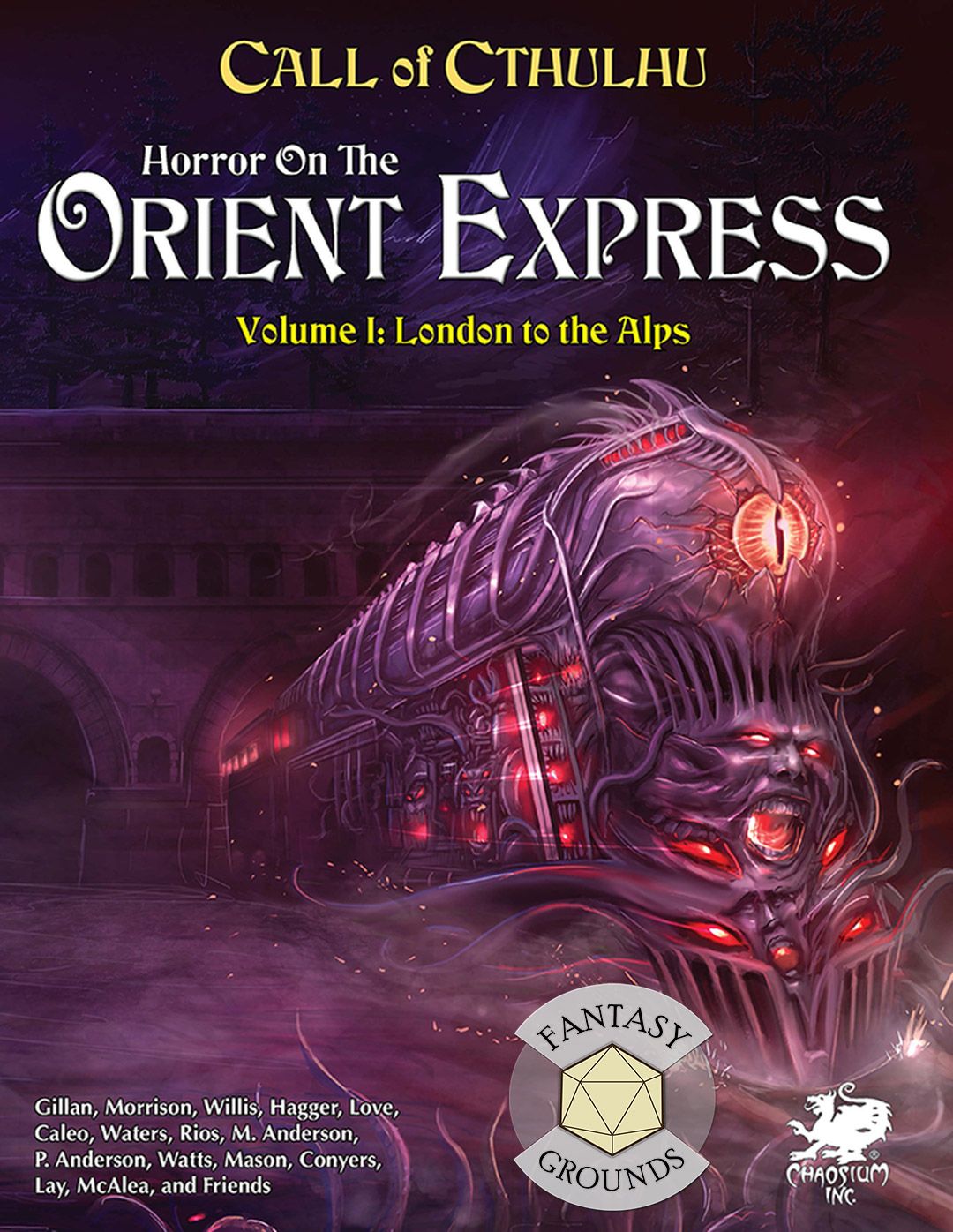 A Legendary Campaign - the Definitive Edition!

Horror on the Orient Express, the legendary Call of Cthulhu campaign, is now available for Fantasy Grounds VTT!

With 19 scenarios taking the investigators on a thousand-mile journey on the legendary rail service, Horror on the Orient Express is a modern classic. This massive and legendary campaign begins in 1920s London, with the investigators journeying to Paris and thence to the ancient city of Constantinople. With luck, they also return home.

Optional episodes are set in ancient times or special places (Roman-era, Dark Ages, Gaslight-era, the Dreamlands), so that the players can experience the founding, creation, and discovery of crucial elements of this campaign.

Also included is a modern-day coda to the storyline, an alternate ending for those wishing a shorter campaign, and a built-in survival guide to aid beleaguered investigators. 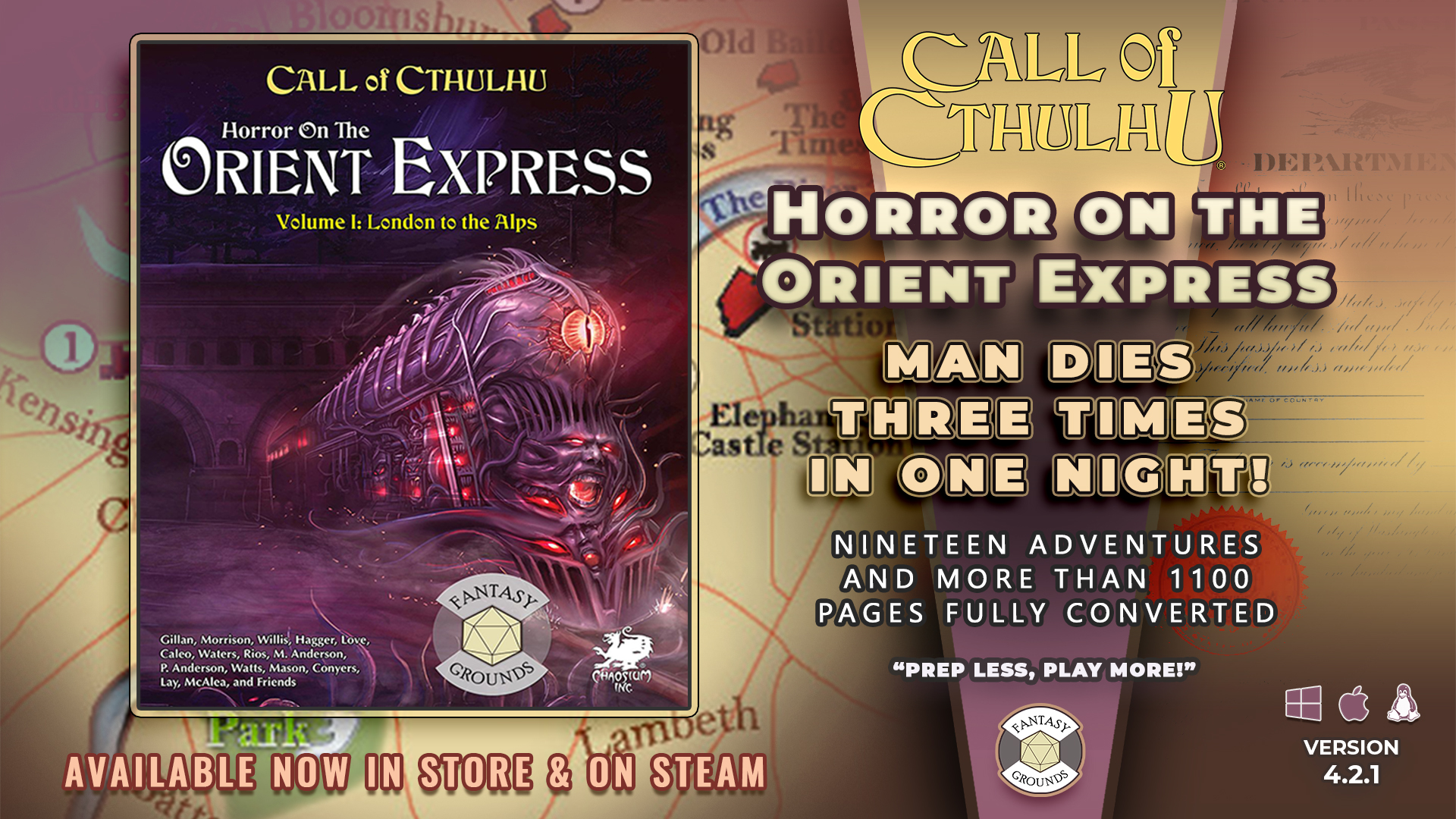 All the Tools you Need

Premium maps, player hand-outs, and full details on all NPCs and monsters make running the campaign easier than it's ever been. 1100 pages with all the handouts, maps, and gamer resources. 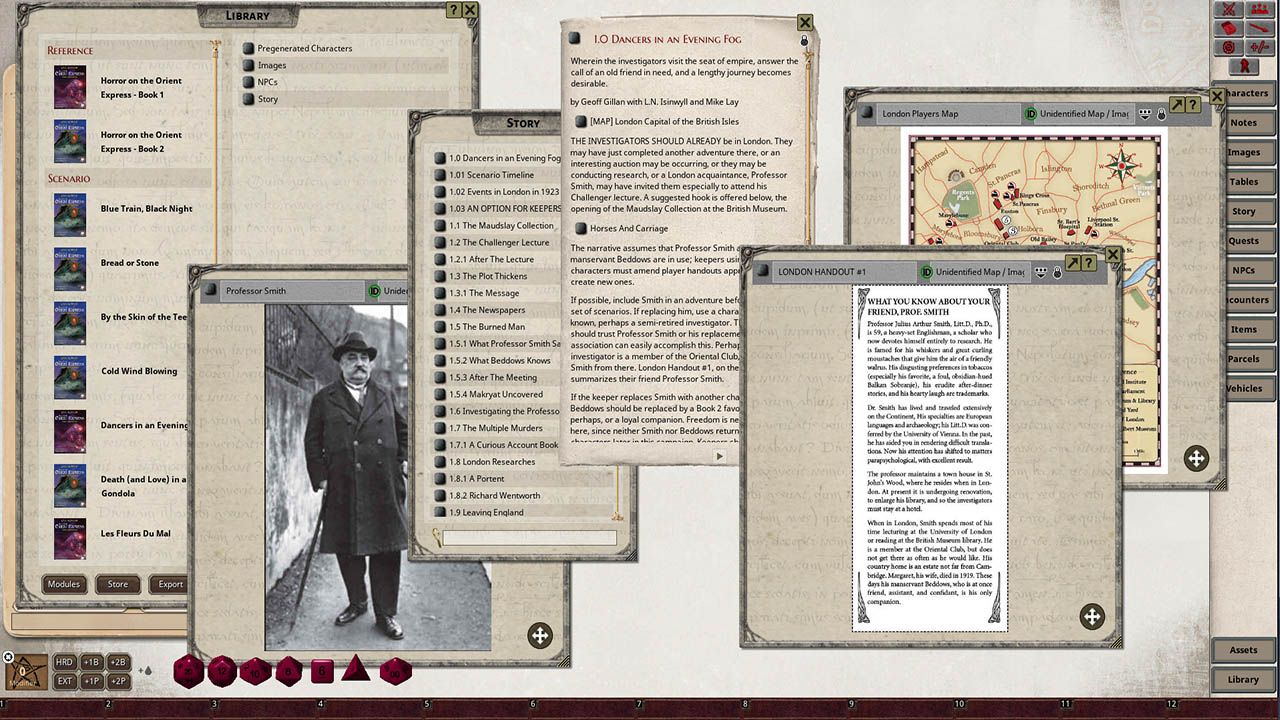 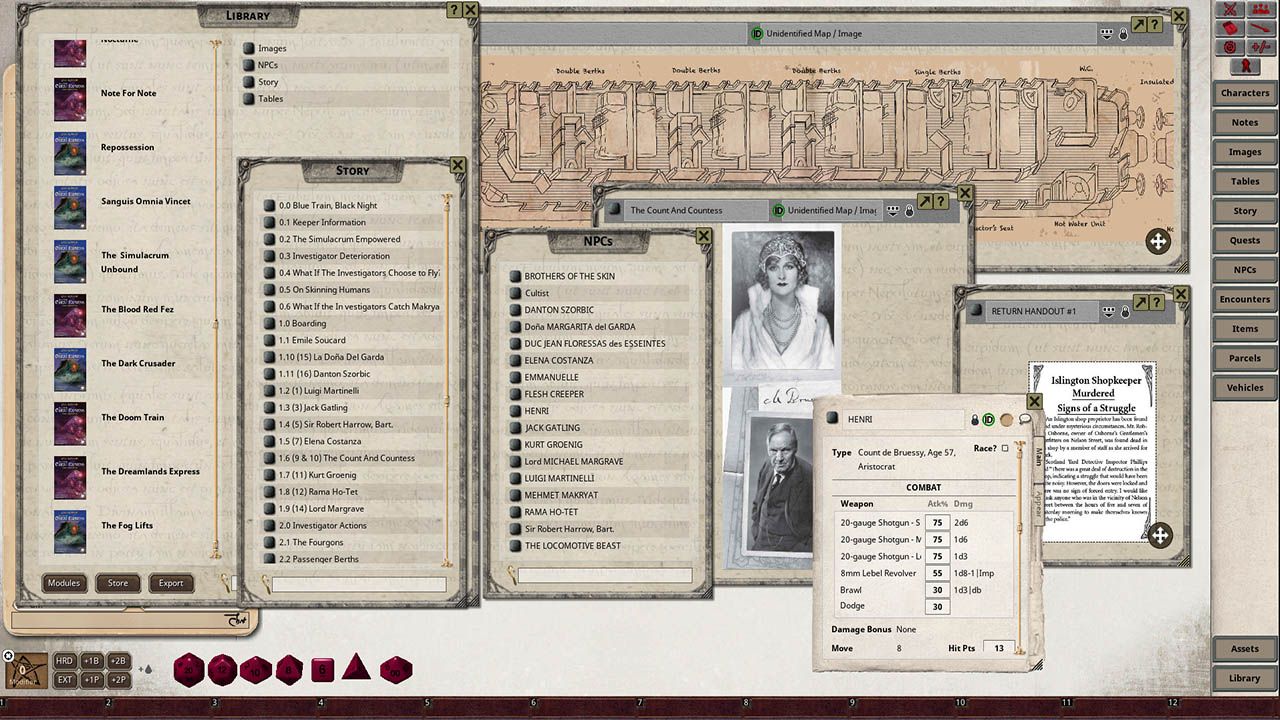 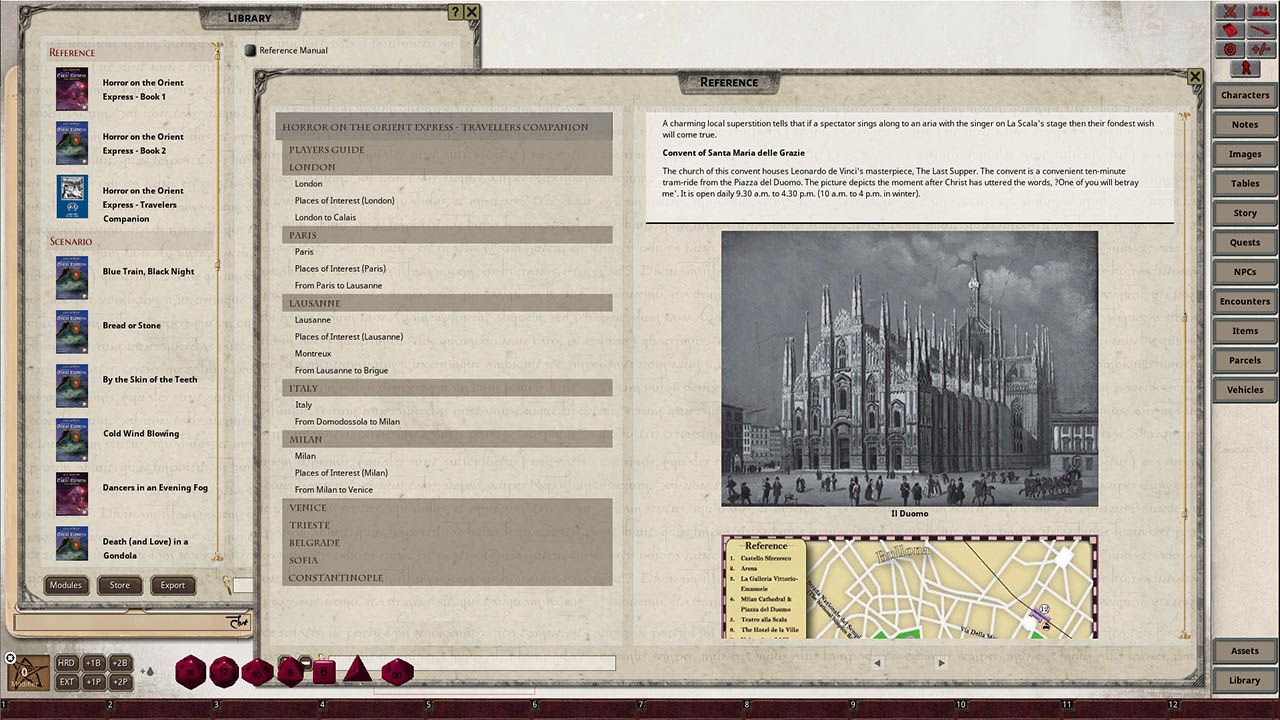 What the Critics Say About Horror on the Orient Express