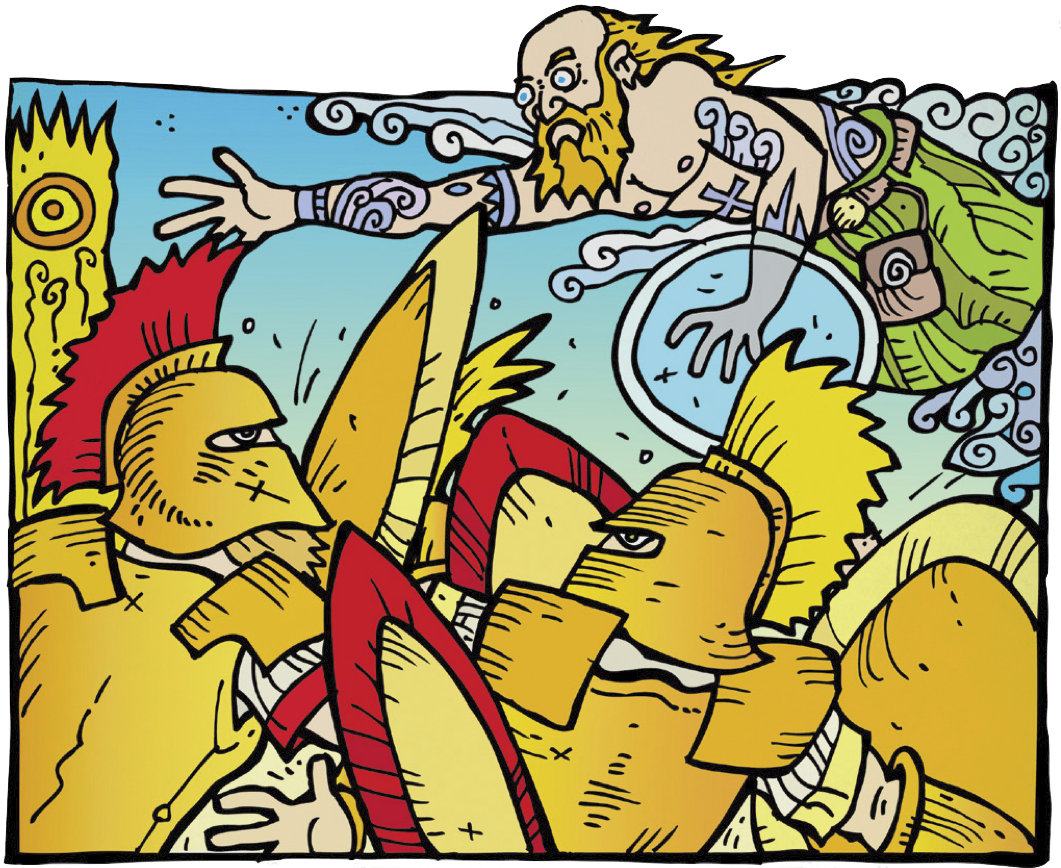 Released today on the Jonstown Compendium is The Black Spear, the latest community content from 2021 Gold ENNIE award-winning and best-selling creator Nick Brooke. Nick says of his new work:

"This adventure grew from my love of epic quests that seem to journey back through time into myth as they approach their ultimate goal: Francis Ford Coppola’s Apocalypse Now, Robert Holdstock’s Lavondyss or Peter Jackson’s cinematic Lord of the Rings trilogy. I also liked the idea of having reality break down the closer the adventurers get to Argrath, as his dragon-dreams bleed through into Glorantha, making previously mundane places increasingly symbolic and heroquesty."

Check it out and the other new releases that magnificently show that the Jonstown Compendium continues to go from strength-to-strength!

Nick Brooke says, "An epic saga of the Hero Wars, festooned with heroquests and deep Gloranthan weirdness. Probably the strangest thing I’ve ever written. Designed as a follow-up to The Duel at Dangerford, but it also works as a stand-alone mini-campaign. Canonically set in Sea Season 1627, with suggestions at the back of the book for changing things around. Illustrated lavishly by Mike O’Connor: 50+ pictures, one or two songs, some poetry, not many stat-blocks."

A preview of the first of The Black Spear's seven Acts has been bundled with PDF versions of Nick's Jonstown Compendium release The Duel at Dangerford: if you've already bought this title look for updates in your Library when you're logged in to DriveThruRPG.

The Rathori are the “werebears” of Glorantha. Children of Rathor, the Great White Bear, they inhabit the wide pine forests of the northwest, beyond the fringes of civilisation. But their life is not a peaceful idyll. The forests can be home to fell creatures and hostile tribes, and the civilised folk of the south press at the eaves, felling trees for new cropland.

The Rathori’s defences against such threats include their deep bonds with the spirits of the woodlands, granting them potent magic from the Other Side. For almost a hundred years, during the Syndic’s Ban, the Rathori slept, oblivious to the outside world and safe from its incursions. Just over two decades ago, they began to awake, finding the world changed, but no safer than before.

Now they must find their new place within it.

This is a guide to the Rathori people and their world. It is written for both RuneQuest and QuestWorlds, and the relevant rulebooks will be required to make full use of it. For example, spell descriptions (including those for shapeshifting) are not duplicated here.

Years ago, a Lunar Hero and a Wind Lord of Orlanth fought a terrific battle which led to their mutual demise. Buried together in a single grave, the mingled remains wove their souls together. Now this tormented ghost haunts the dreaded Valley of the Blight, in the lands of the Cinsina Tribe.

In this Monster of the Month "mini-adventure," your adventurers will get to:

This short adventure is intended to provide one gamemaster, and four to six adventurers, with an evening of play. 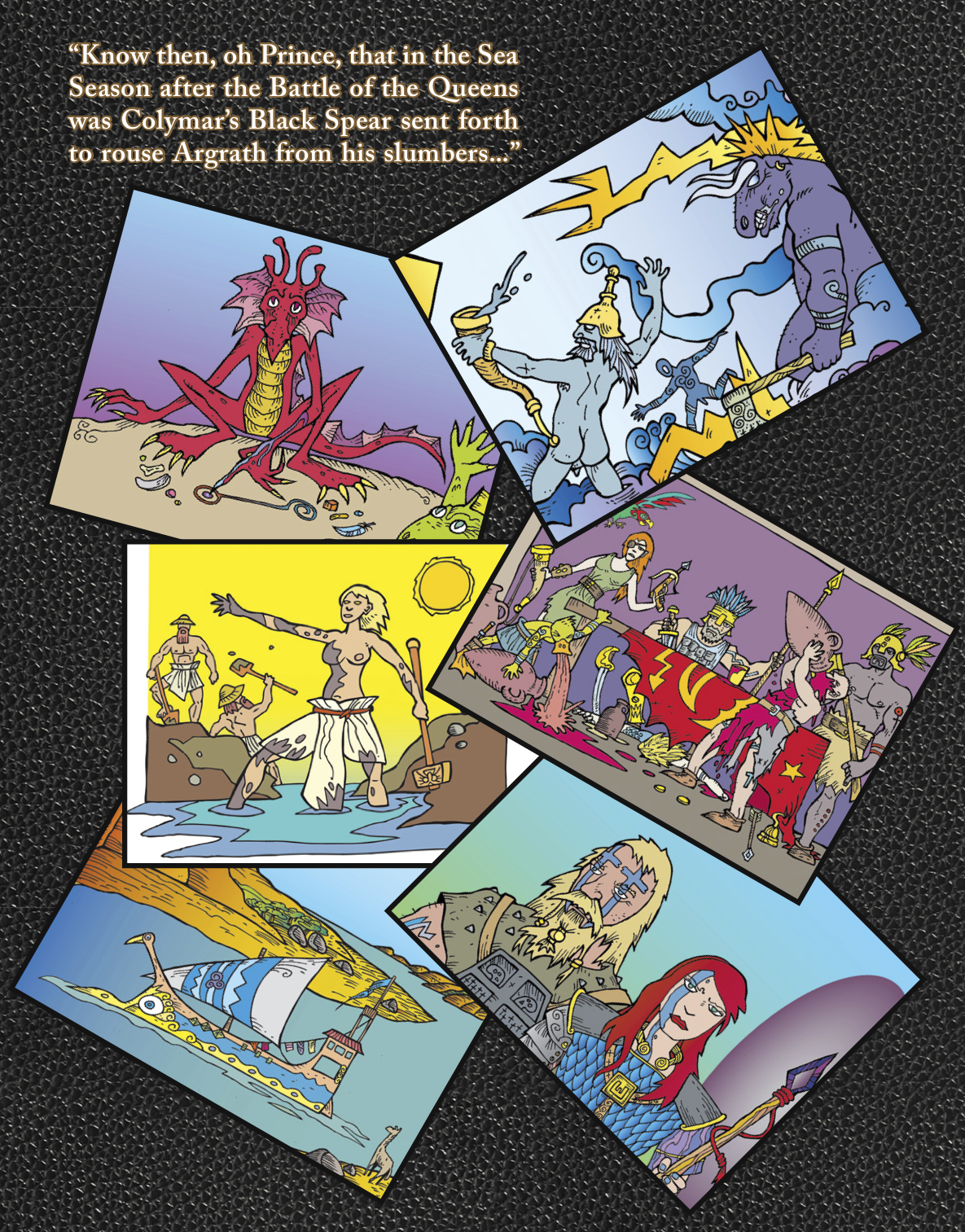 "The Black Spear artwork is by Mike O’Connor, a brilliant collaborator who contributed more than 50 illustrations. I am absolutely delighted with the way this has turned out! I can't wait for you to get your hands on this palimpsest of deviant visions scribbled over ancient lore!" — Nick Brooke.