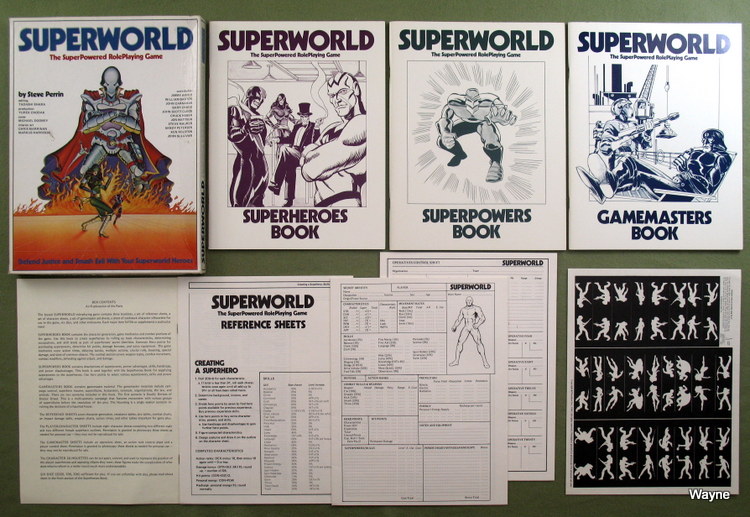 And the game they were playing was Steve Perrin's Superworld, which George R.R. Martin received as a birthday present in September 1983. It ultimately led to the creation of a shared universe of superhero stories by 30+ authors, including Steve Perrin himself.

"Without his game, there would never have been a Wild Cards series," says George R.R. Martin in his obituary, also noting he and Steve had known of each other since they were in high school, both "writing amateur superhero stories for the ditto’ed fanzines of the fledgling comics fandom of the 60s." They finally met in person in 2002 at WorldCon in San Jose.

Read George R.R. Martin's valedictory post about his friend Steve Perrin "Farewell to an Ace" at georgerrmartin.com. nb People in the Wild Cards universe with superhuman abilities are known as "Aces".

Steve Perrin's Superworld is available in PDF from Chaosium and DriveThruRPG, along with the Superworld Companion, Trouble for Havoc and Ken Rolston's legendary adventure Bad Medicine for Doctor Drugs.