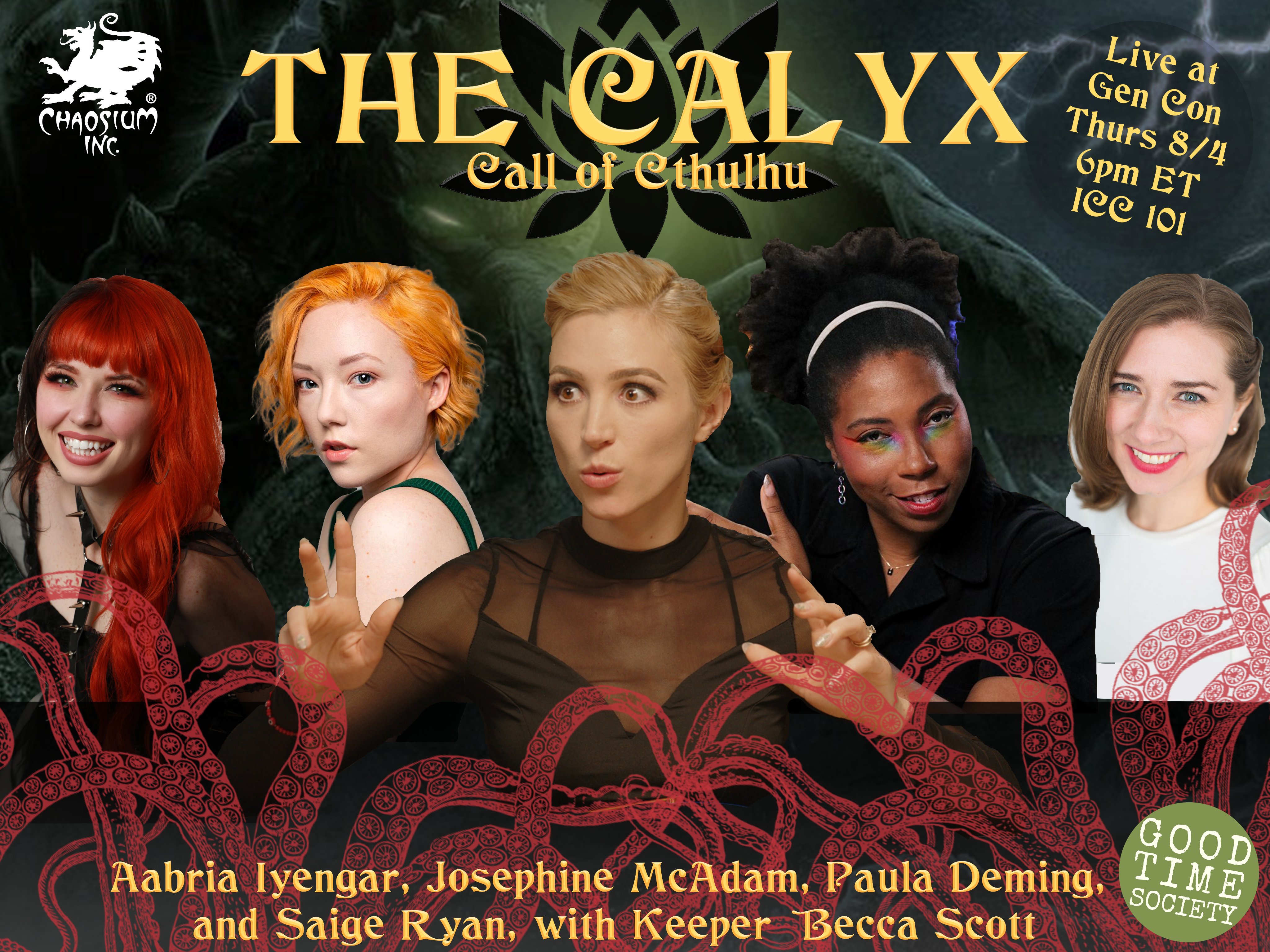 A cast of fabulous and well-known role-players graces the stage for this once in a lifetime comedy TTRPG where all the players want desperately to die before the day is out. Chaos ensured.

Keeper Becca Scott guides her fearless investigators: Aabria Iyengar, Saige Ryan, Josephine McAdam, and Paula Deming, through a two-hour Call of Cthulhu adventure to see who can make it out alive and with their sanity intact. Scream along with us at the convention Streaming Stage, where only the living can watch it live! 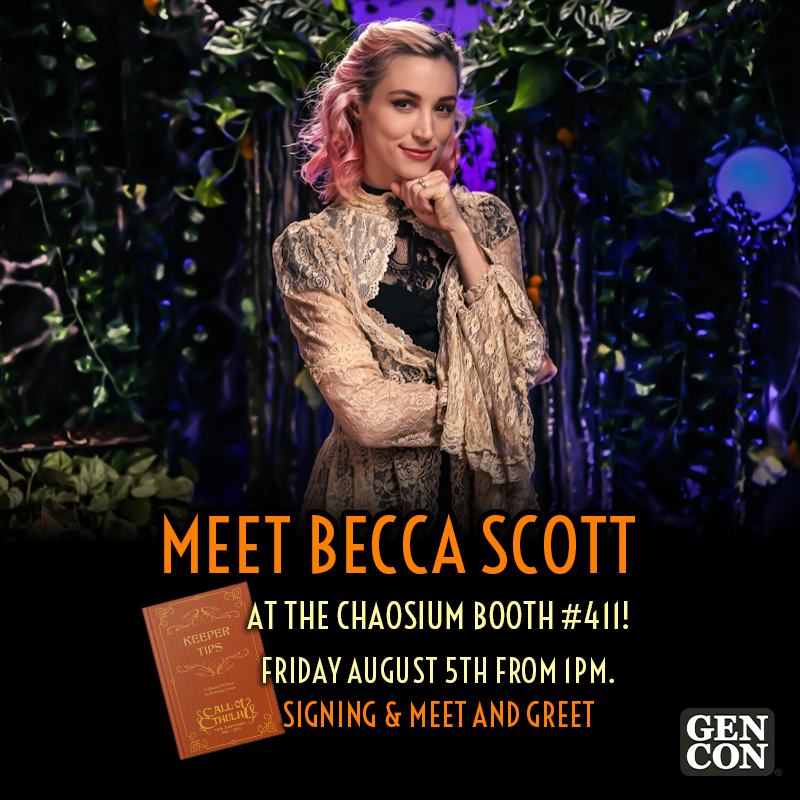 And at Gen Con on Thursday August 4th at 6PM, Becca will be putting her Call of Cthulhu Keeper skills to work with Chaosium Presents: The Calyx, Deepest Blue, delivering scares to Aabria Iyengar, Josepine McAdam, Paula Deming, and Saige Ryan!