A few thoughts on RuneQuest combat...

RuneQuest combat is a fundamentally different experience than in most other roleplaying games. First, and I think most commonly talked about, the actions in a RuneQuest combat correspond with what we imagine might actually happen in a melee - someone swings a sword at you, you are in big trouble unless you can parry it with another weapon or shield or get out of the way. Unlike level-based games, in RQ all human beings have more or less the same range of hit points, unless increased as the result of magic or from heroquesting. People often call this the "realism" in RuneQuest combat mechanics.

However, I think that misses the point. The realism of RQ combat IMO is not in the values given for hit points or the specific spread between hit locations, or how skill values are calculated. It is from the results of combat - from the inherent dangers in resorting to violence. Combat always poses a risk in RuneQuest. I was playtesting the new rules recently with a group of players that included Rob Heinsoo. What everyone noted is how deliberate the decision to resort to violence needs to be in RuneQuest - battle is dangerous, and not something lightly undertaken.

Not only that, but RuneQuest is not balanced in the traditional sense. Your characters will regularly encounter things that are simply more powerful than they are and the only sensible response to these encounters is to flee. The Crimson Bat, Cwim, heck even some Full Priest dragonewts and their followers, could wipe out whole parties of rune lords and rune priests. Some monsters are so dangerous that the only way to have a chance is to first quest into the Gods World to find some mythological vulnerability or bypass.

The result of this is a sense of fragile mortality that is utterly unlike most other RPG experiences. In HeroQuest, you play the protagonist of a narrative, in 13th Age, you play an epic hero - but in RuneQuest, no matter how mighty you are, defeat and disaster is always just around the corner. You could say it is anti-heroic heroic fantasy.

No matter how it is sliced, RuneQuest is crunchy. But granularity that is not used in play can be discarded. A lot of the RQ3 granularity read better than it played, and I've gone through and tried to hack it out. Remember, rules that don't get used shouldn't be in the book.

As we continue to fine tune the new Chaosium edition of RuneQuest, more and more I find I'm stripping rules down to about RuneQuest 2.5, and then we're working in the consequences of Runes and Passions.

The new combat rules are primarily derived from RQ2, including how certain attributes such as hit points and weapon characteristics work. However, Runes and Passions have a potentially big impact on combat mechanics - but not on the combat results.

Both Runes and Passions allow the character to be inspired within certain limitations. For example, the Air Rune is the rune of violence and destruction. A character in the midst of a melee combat may try to call upon the primal powers of Air to get a bonus to their sword skill. A character strongly loyal to their temple may try to inspire themselves when carrying out a cult mission. In playtesting, people have strongly role-played their Runes and passions and have a game incentive to do so.

But inspiration can and does fail, resulting in penalties across the board. There are no hero points or luck points to bail the adventurer out - and in the end even your Rune Lord-Priest with their heroquest gifts will face mortality's sharp bite! 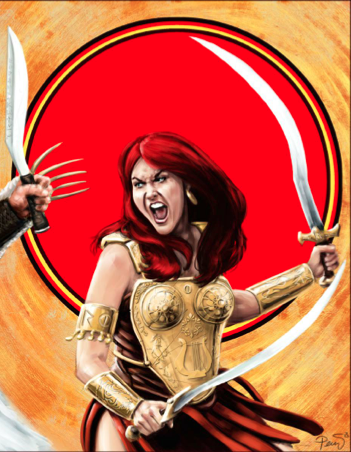