Let's start this update with what you probably care about most: what we know about the publication date of 13th Age in Glorantha and the Glorantha Source Book. Neither book will be published by GenCon. Our goal is to publish both books as soon as possible after GenCon, this calendar year. We'll distribute the PDFs asap after the books are laid out. At present, it looks like the Glorantha Source Book PDF will be available way ahead of the 13G PDF.

The transition from Moon Design to Chaosium has been a great deal of work and schedules have slipped. This project has been bigger and more challenging than anyone expected. Yes, Jonathan and I were in love with our subject matter, and creating a book that's at least twice the size that was planned hasn't helped the production process.

I'll be making updates (on Kickstarter, then repeated here) at least twice a month. That starts with the art below, which is the 13th Age in Glorantha cover drawing by Aaron McConnell. I say it's the 'drawing' because the next step is that it's being painted by Lee Moyer, a team-up between the two original 13th Age artists. I'm very happy with the cover as a powerful demonstration of the Chaos Rises theme of 13G! Details are shifting, and it will be fun to share the cover as Lee paints-it-up. 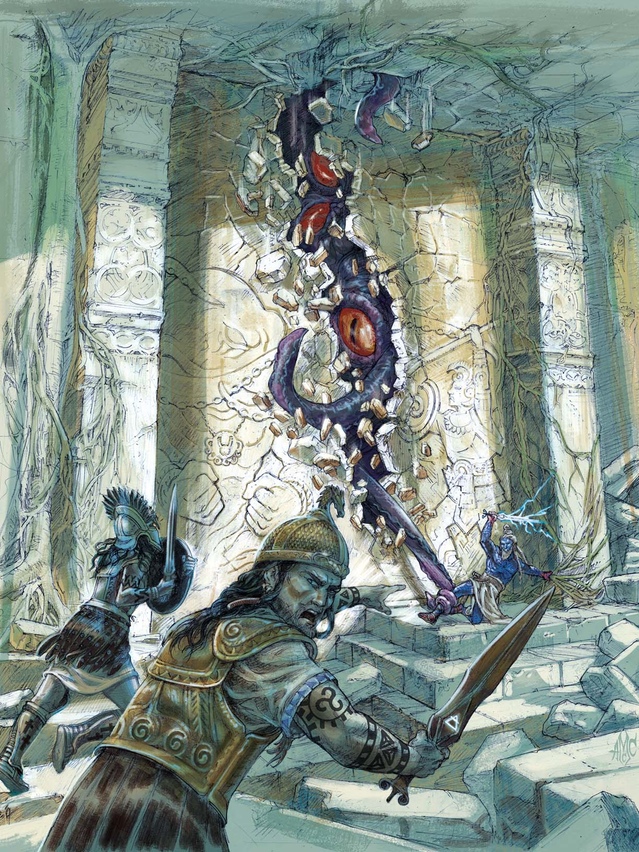