By Rob Heinsoo (from the most recent Kickstarter update)

Chris Huth has finished initial layout of Chapters 1, 2, and 3! There's still some fine-tuning and formatting to handle, but only minor bits like italicization, filling in some tiny art-samples from other chapters, and making sure lines aren't orphaned.

A sample spread from each chapter appears below, showing off Kalin Kadiev's different chapter ribbons and Chris' treatment of headers and text in the different chapters. People attending GenCon can visit Chaosium in the Exhibitor Hall, booth 829, to see the full printout of all three chapters.

I should also mention that there will be a fully-printed book on sale at GenCon that has 13th Age in Glorantha content: Lions & Tigers & Owlbears: 13th Age Bestiary 2 will be at the Pelgrane booth, #1317. It has a two-page appendix for people running 13G campaigns covering conversions like the Gold King as an exemplary Mostali and flux elementals as God Learner leftovers! If you're not going to be at GenCon, Bestiary 2 is available in the hobby store channels and via the Pelgrane webstore.

And I should mention that I won't be at GenCon this year. Jonathan and Greg and Jeff and MOB and the rest of the Chaosium Gloranthans will all be there. 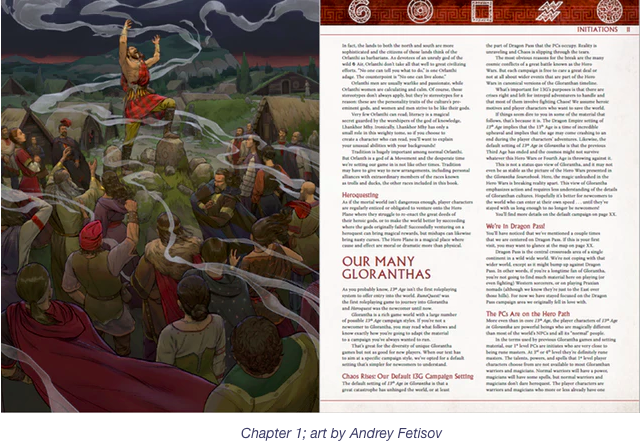 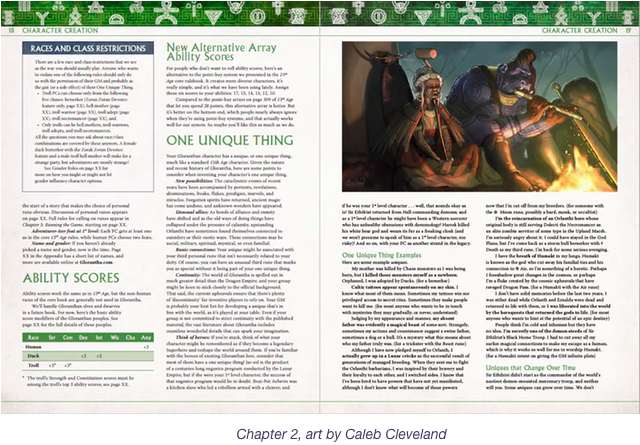 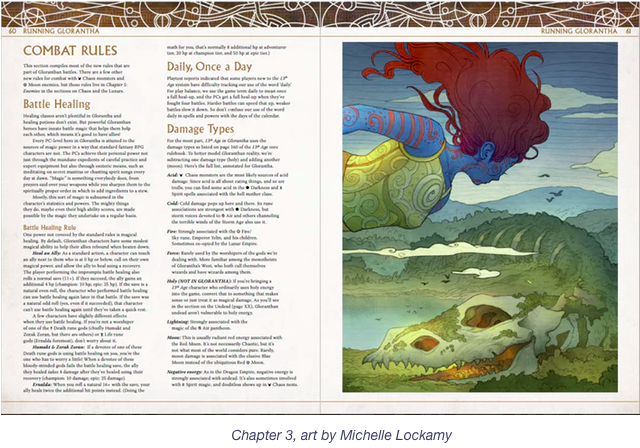