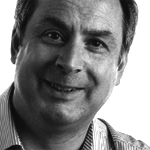 Lee is part of the Chaosium team as a software developer. He first got involved with role-playing games after playing through The Warlock of Firetop Mountain back in 1982 and then running and playing in various games of D&D in the mid 80's. His first introduction to the Call of Cthulhu RPG was via the 3rd edition hardback book he bought after reading an anthology of HPL stories borrowed from the local library. From that point he's been an avid fan of the game, playing and Keeping as often as possible. Inspired by the 7th Edition rules, Lee decided to use his spare time to develop The Dhole’s House, a website to help players and Keepers of Call of Cthulhu.

Lee lives and works in the South East of England.