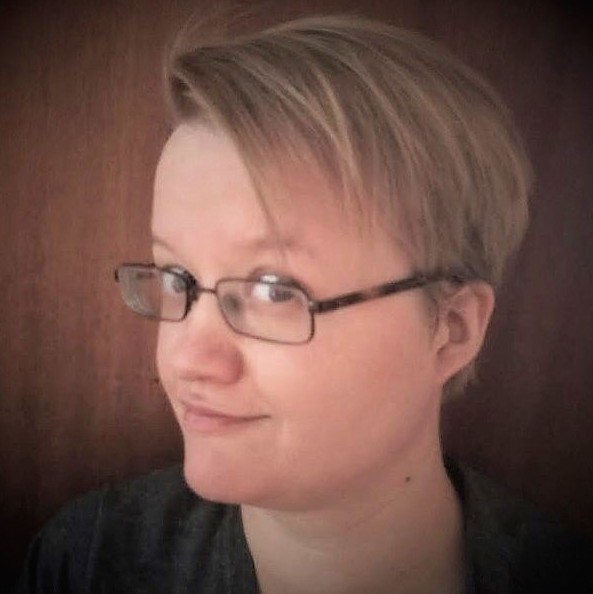 Being born to gamer parents who are (among other things) avid RuneQuest and Call of Cthulhu fans involved in the German RPG scene, Julia attended her first RuneQuest Con in 1990 when she was 1 year old and over the following years proceeded to gradually be raised by the "Tribe" at European conventions and Seeing Too Much in the process. Miraculously, none of it put her off. After going off to London to study for a BA in Theatre Studies and Creative Writing and an MA in Professional Writing - graduating with a cthulhuesque freeform as her MA thesis - she returned to Germany to enjoy some free extra university education.

Most recently, Julia has been translating Chaosium products into German for Chaosium and various licensees, and since 2010 she has been a member of the Committee of the Continuum Convention in Leicester, UK. You can also regularly find her behind the Chaosium Booth at various European conventions. Julia lives in Germany, but on The Other Side.