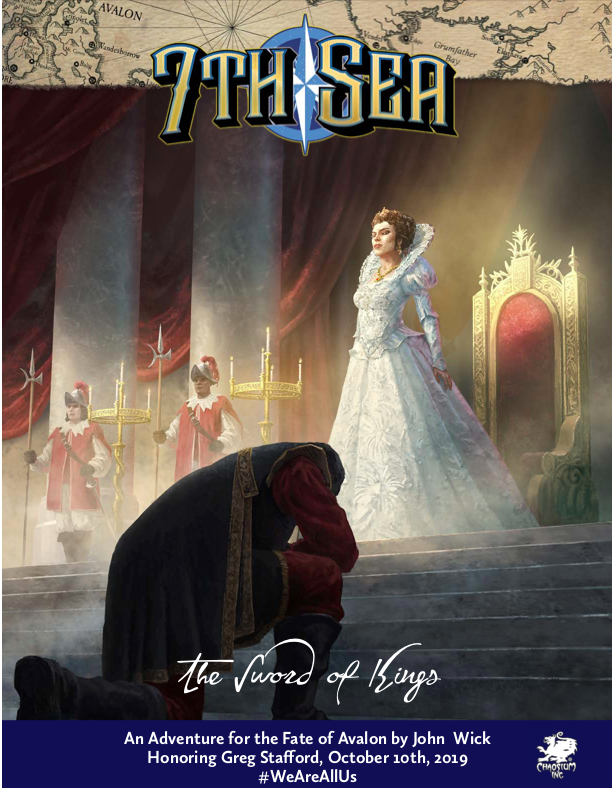 This is The Sword of Kings for 7th Sea, by 7th Sea creator John Wick. Greg Stafford's influence on John's own development as a game designer was profound, and he writes about that here in his moving tribute to Greg, 'The Grey Crane'.