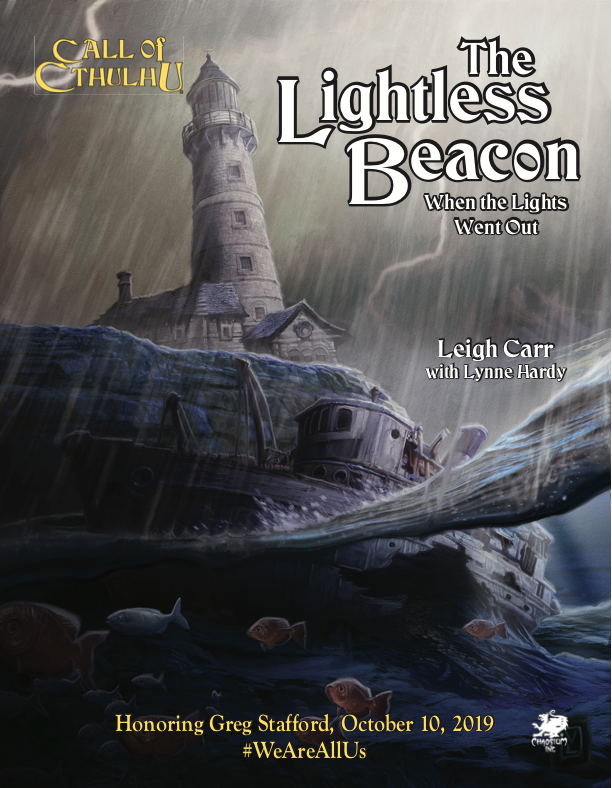 Here's The Lightless Beacon for Call of Cthulhu, one of the five free scenarios we're releasing in remembrance of Greg. It's a short standalone introductory scenario, by Leigh Carr with Lynne Hardy. It's designed for novice Keepers and players - though there's plenty here to enjoy for more experienced players and Keepers, too. It comes with four pre-generated investigators and should take around an hour to play. Advice is also given on adapting the game for 2–6 investigators, as well as how to expand the scenario for longer sessions.