Chaosium mourns the passing of Steve Thomas, who died yesterday evening in the Royal Hospital for Neuro-disability in Putney, UK.

As a part of the editorial team for David Hall's influential fanzine Tales of the Reaching Moon, Steve played an important role in helping keep Gloranthan fandom alive throughout the 1990s and early 2000s. Steve worked on TotRM with current Chaosium team members MOB, Rick, and David Scott, and with many other writers, creators and artists who continue to explore Greg Stafford's amazing mythic universe to this day. He was associate editor for issues #5-#15, and was largely responsible for the magazine's high standard of layout and professional finish for issues #5-#13.

Steve was also a committee member for the Convulsion convention, held in Leicester from 1992-2003 (carrying on today as the Continuum convention). Convulsion was host to such legendary Gloranthan freeforms as Home of the Bold and How the West was One. His bravura performace as Mad-Blood Malan, in the Fall of the House of Malan LARP is still vividly remembered by everyone who took part.

A true renaissance man, Steve never let the physical limitations he endured with tremendous spirit in the past several years define him. He will be greatly missed. The Chaosium team expresses its heartfelt condolences to Steve's family and friends. 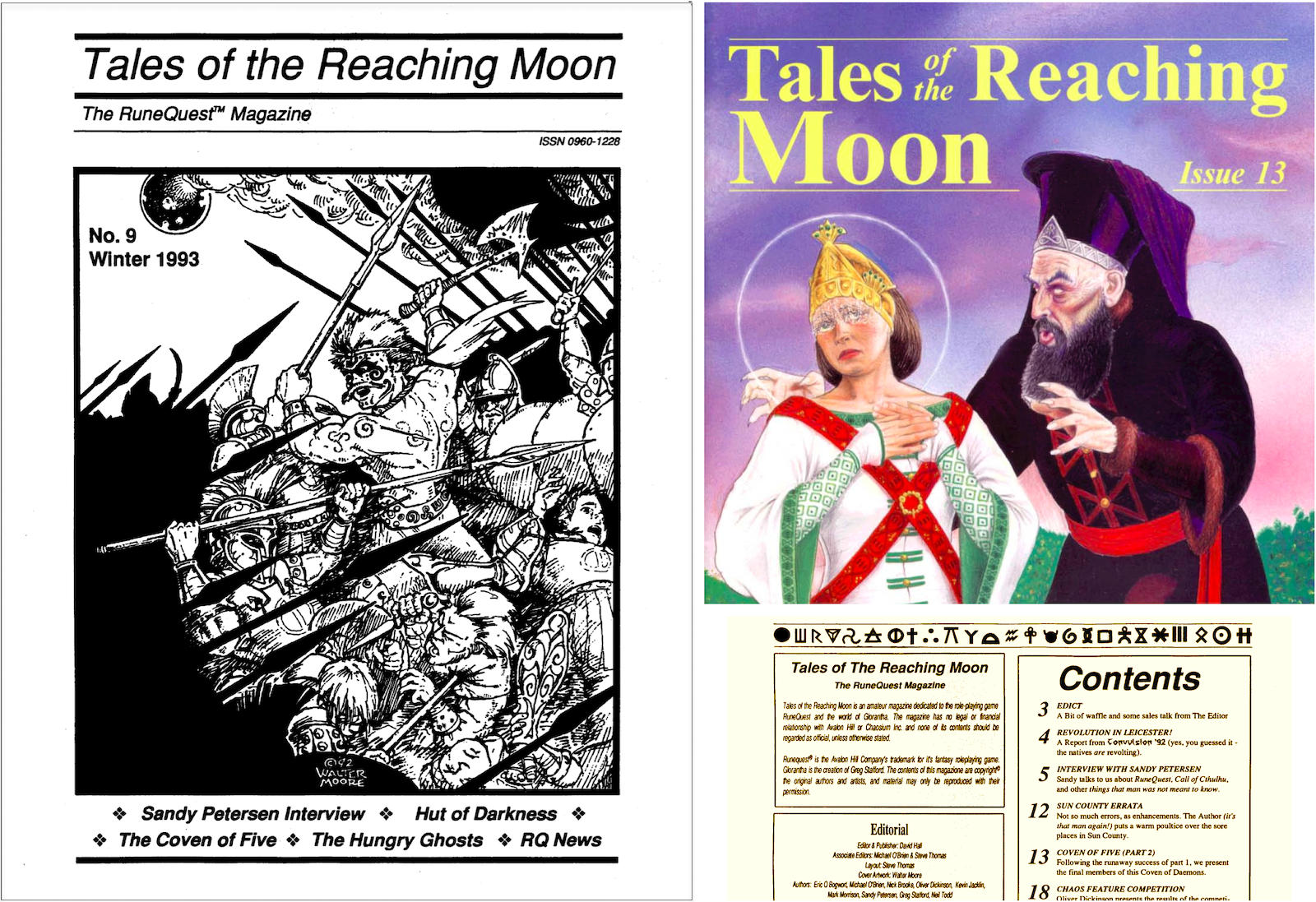