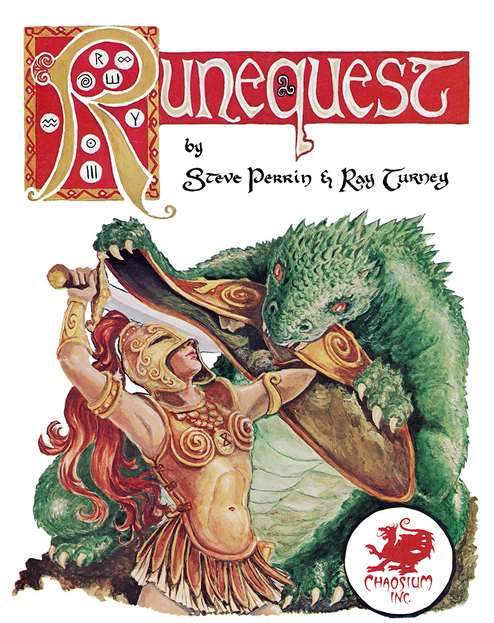 Ron Edwards, influential game design theorist, Diana Jones award winner, co-founder of The Forge (and recent emigrant to Sweden) is currently running an on line RuneQuest Classic game, posting the videos of the sessions and writing up his thoughts.

"one of the Great Games, a defining thing for our hobby, and still one of its most ambitious on a number of levels".

You can see more about these sessions at Ron's site, Adept Play, including actual play videos (Ian Cooper, Chaosium's line editor for HeroQuest, is one of the players): 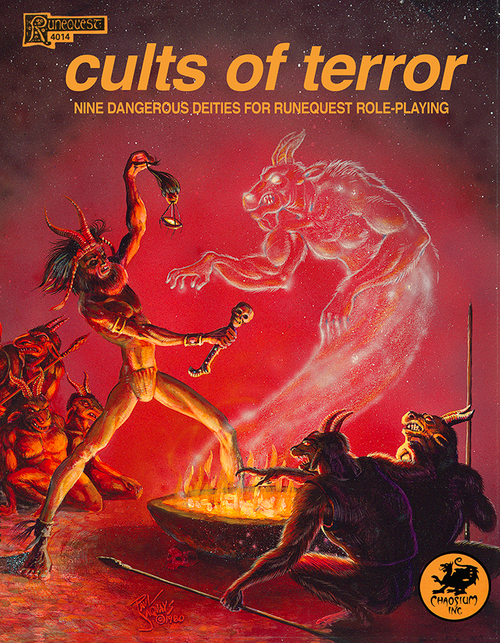 And here's what Ron has to say about the RuneQuest Classic release Cults of Terror (reissued version now available in PDF):

"CULTS OF TERROR is a not merely a landmark in role-playing history, it's a giant. Coupled with the rules it was written to support, RUNEQUEST 1980 (RuneQuest Classic), and the supplement that immediately preceded it, CULTS OF PRAX (also available in PDF from Chaosium), it established a new-and-different bar for play which defined "I play RuneQuest" into almost its own sector and subculture to the present day."
.

The new Chaosium edition of RuneQuest is coming soon! Sign up here to learn more!