Chaosium has released three major titles for their Call of Cthulhu tabletop roleplaying game in seven days – A Time to Harvest and Cults of Cthulhu on June 20th, and the 40th Anniversary Call of Cthulhu Starter Set on June 27th.

All three titles are available at Chaosium.com and DriveThruRPG, and are going out into retail distribution channels worldwide.

Cults of Cthulhu and A Time to Harvest are also available in special leatherette editions. 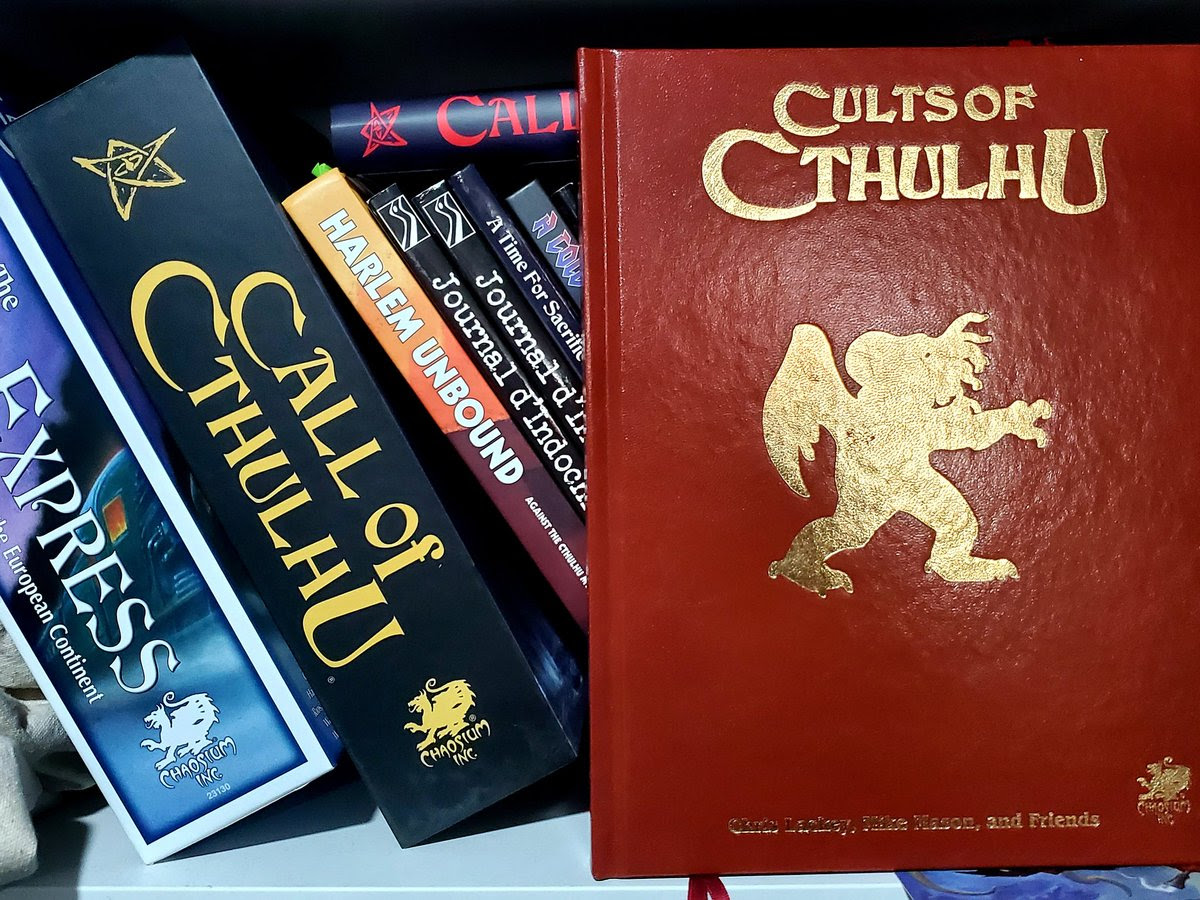 *Purchasers who buy Chaosium products direct from Chaosium.com or at Friendly Local Game Stores that are part of the Bits & Mortar initiative receive the PDF included in the price.