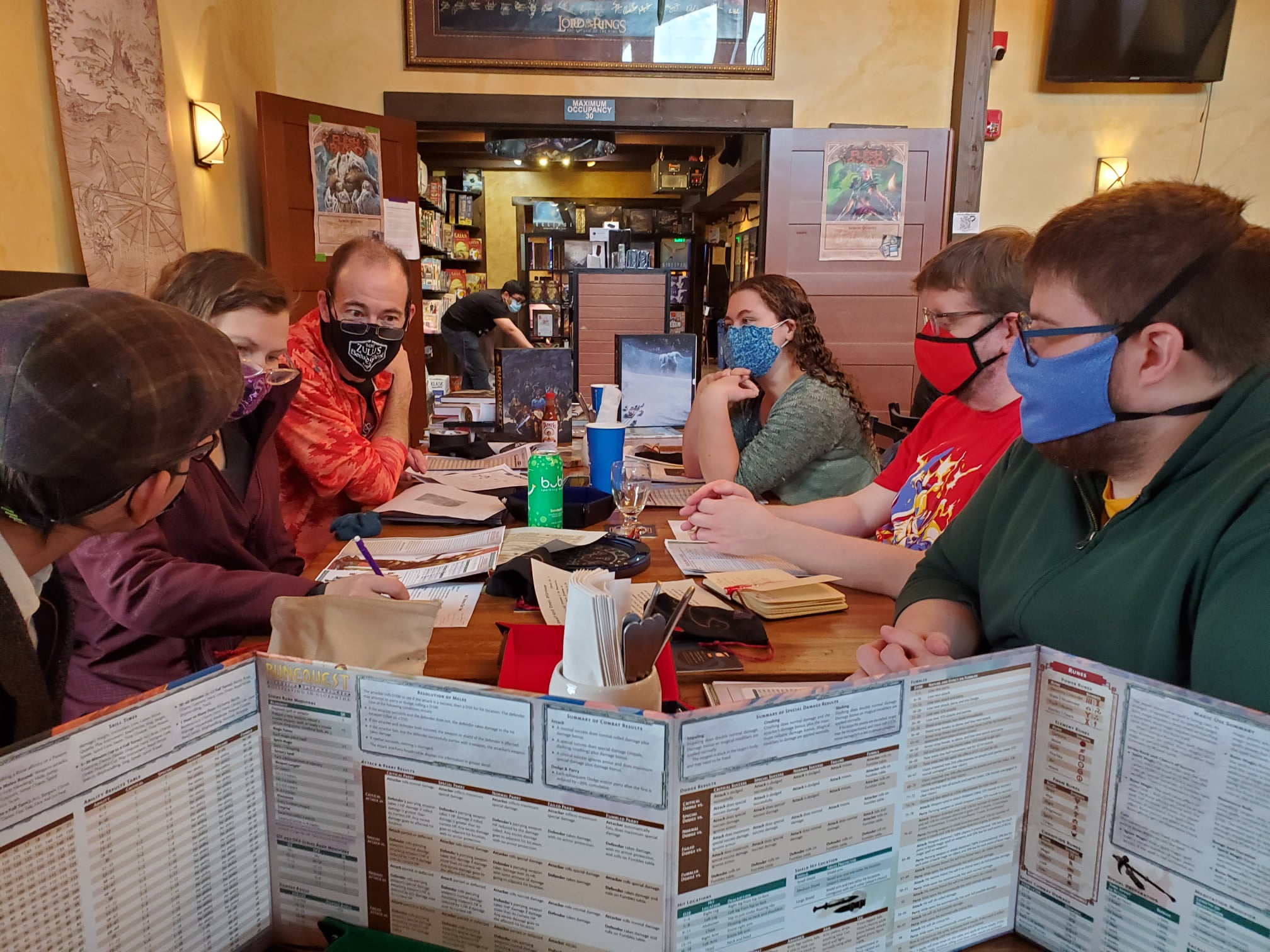 "Yesterday, I had the good fortune to host a GM a game of RuneQuest at Zulu's Games in Bothell, WA," Sven Lugar wrote to let us know. Sven is an old friend of Chaosium; in fact, he was one of Greg Stafford's original playtesters of RuneQuest first edition (in particular, Sven invented the Resistance Table in RuneQuest and with his SCA experience contributed to modelling Basic RolePlaying's combat system).

Here's what Sven told us about his demo game:

"Six players participated who had never played RuneQuest before, but everyone picked up the mechanics of the rule system in rather short order. The end result of the game – besides the players achieving a successful conclusion to the scenario – was all six are now avid fans of RuneQuest!

Thank you Chaosium for your encouragement and friendship. And thank you Eric Nickerson of Zulu's Games for your hospitality, generosity and being a great all around player."

The RuneQuest Starter Set is available now, and is out in retail distribution in FLGSs world-wide. If your store doesn't carry it, ask the manager to get in touch with us. And remember, if you purchase from a FLGS that is part of the Bits & Mortar initiative (like Zulu's is!), you get the PDFs included in the price. 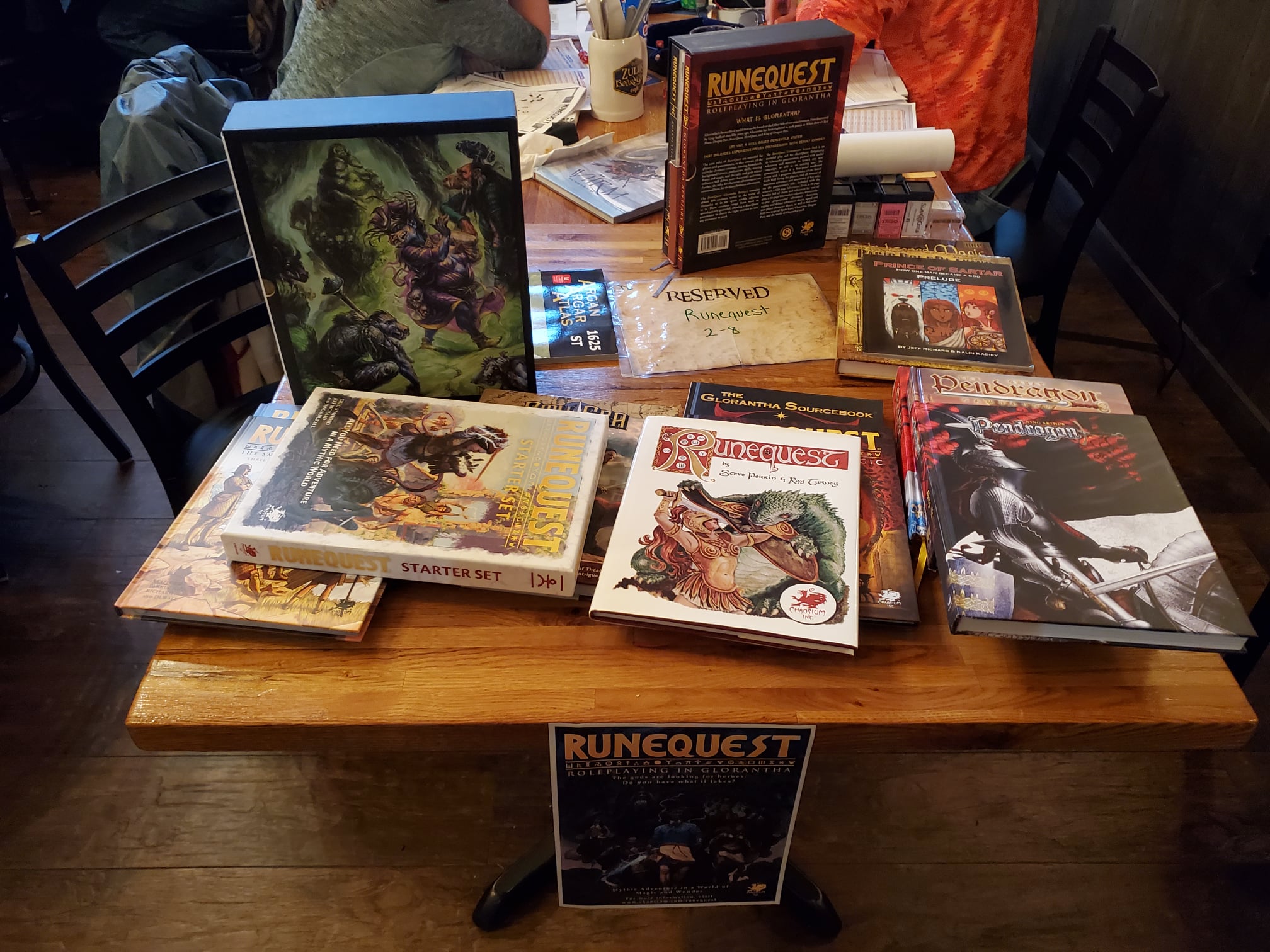