Gavin Inglis (pictured below) proved himself a maestro of the solo scenario genre with his highly-regarded introductory adventure Alone Against the Flames, so he was the perfect designer to bring on board to do the update for Call of Cthulhu 7th edition.

Chaosium's Michael O'Brien speaks to Gavin about the process:

MOB: How did you originally come across the Call of Cthulhu RPG?

GI: I think everybody in the UK came across Call of Cthulhu through the reviews and articles in White Dwarf magazine. Looking back through those issues, in the early Eighties, you can see it took the community a while to wrap their heads around the concept. Suddenly problems couldn’t be solved with swords and magic missiles. And if you approached the game with the idea that you could ‘level up’ a beloved character – well, that wasn’t going to happen. The best you could hope for was a memorable demise or a padded room in a colour you liked.

MOB: What was your experience of playing the original version of this scenario?

GI: I was in my early teens and we didn’t have a VCR, so I was not particularly literate in horror. This scenario helped me understand how those stories worked: the deliberate pacing, the atmosphere, the descent from civilization to isolation, and a foe you could not hope to match. It was my introduction to the idea that a game could end in failure and still be fun. And Call of Cthulhu was my gateway to Lovecraft, who was my gateway to modern horror writers.

MOB: How is the experience of playing a solo Call of Cthulhu scenario different to playing with a Keeper and other players?

GI: I know there are groups who take their roleplaying very seriously. But in the groups I’ve played with, there is always humour in the session too. A Keeper-led game is like going to a horror movie with friends, eating popcorn and maybe drinking a couple of beers. It’s a relaxing, social experience. A good solo scenario is like sitting alone after dark, reading a horror novel while rain taps the window behind you. It’s closer to the essence of Lovecraft. Neither experience is a superior one; it just depends what you’re in the mood for.

MOB: How does writing a solo Call of Cthulhu scenario differ from writing one for a Keeper and investigators?

GI: I think a skilled Keeper has a lot in common with an actor or director who improvises. They need the elements of a theatrical production: setting, characters, conflict, set pieces. You give them those tools, and get out of their way. Whereas a solo scenario needs to replace that Keeper, and the text can’t improvise. So as the writer, you need to fill in what’s missing: meaningful choices, evocative description, memorable dialogue – and you need to make sure the player always has the starring role.

MOB: What challenges did you face in adapting the original text for the new version?

GI: Anybody who adapts a programmed adventure has to stare into the non-Euclidean nightmare of its structural graph: how the entries link to one another to tell the story. To really understand how it works you have to deconstruct it, and this scenario had 654 entries. Fortunately, I find this stuff fascinating. I made some small structural changes to reduce random elements which felt outdated, and fix bugs.

The other challenge was to update the text to reflect how culture has moved on in a third of a century. Glenn’s original was ahead of its time in providing male and female versions of Professor Nadelmann. We needed to rethink the description of some adversaries, and update the representation of the indigenous people. That’s hard to get right when you live in Scotland – I haven’t had the chance to make many First Nations friends. 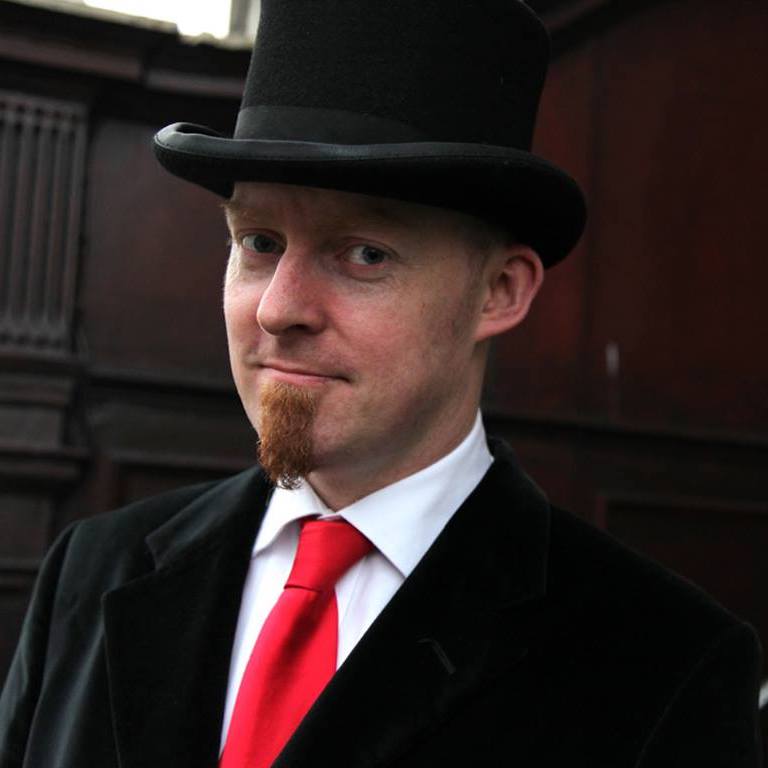 MOB: What aspects of the scenario appeal to you most?

GI: First, it’s a classic expedition scenario: a working vacation into rich, unfamiliar terrain. I really enjoyed researching the area for this revision, discovering photographs of the landscape Glenn captured in the original book. I always liked Professor Nadelmann’s companions, too; I’ve tried to give them a little more spotlight time in this version.

There is also a touch of chaos to this scenario, an old-school flavour which feels fun in comparison to more earnest storytelling. Deconstructing it has shown me the underlying logic of the forces working in the area, but their motivation won’t necessarily be visible to a casual player. I’m OK with that.

MOB: Any tips for players tackling Alone Against the Frost?

ALONE AGAINST THE FROST is available in PDF now:
—from Chaosium (with print version to follow):
—from DriveThru RPG