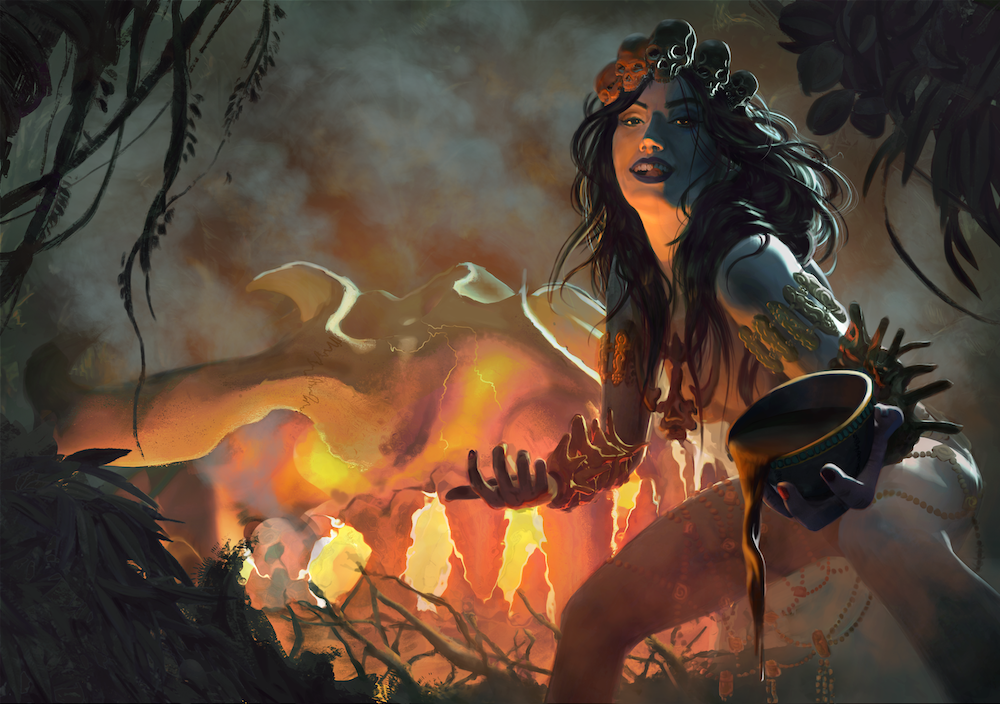 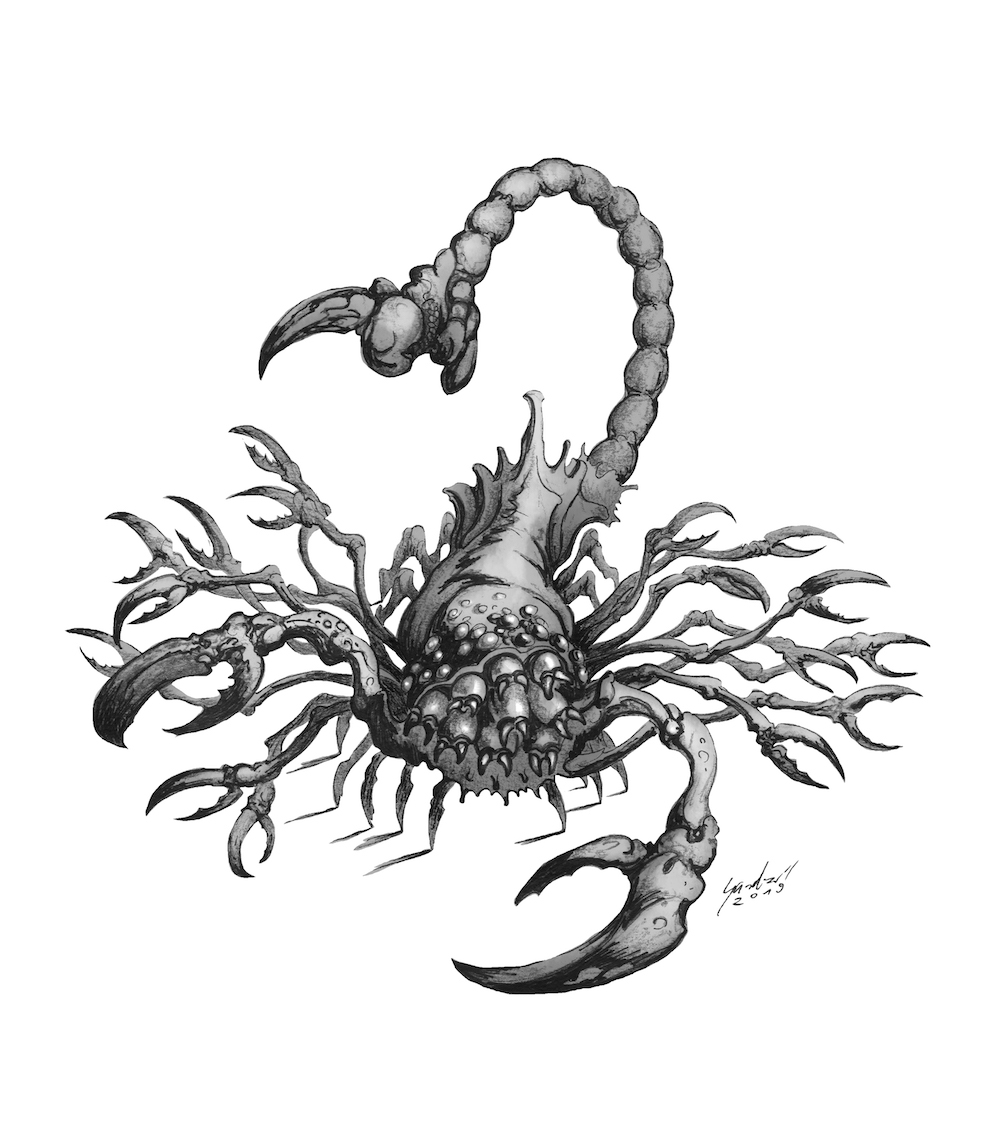 In September 1923, an urgent and mysterious telegram from an American adventurer plunges the investigators into an epic journey across China, Central Asia, Northern India, and Tibet. Often following in the footsteps of the famous Chinese Buddhist monk and explorer Hiuen-Tsiang (immortalized in the fantastical Chinese saga Journey to the West), they must visit looted temples, lost lakes, dusty museums, charnel grounds, venerable monasteries, and hidden secret valleys if they are to succeed in their quest to prevent the King of Fear and his lieutenants from destroying everything they hold dear…

Work is progressing well on The Children of Fear – all the art, maps, and handouts are in progress, and the final stages of editing are almost finished. But we thought you might like a sneak preview of some the amazing art work we have for waiting you. Some of it is work in progress, others are finished pieces.

Hopefully this preview has only whet your appetite for the campaign to come. And don’t worry, there’s plenty more where that came from! 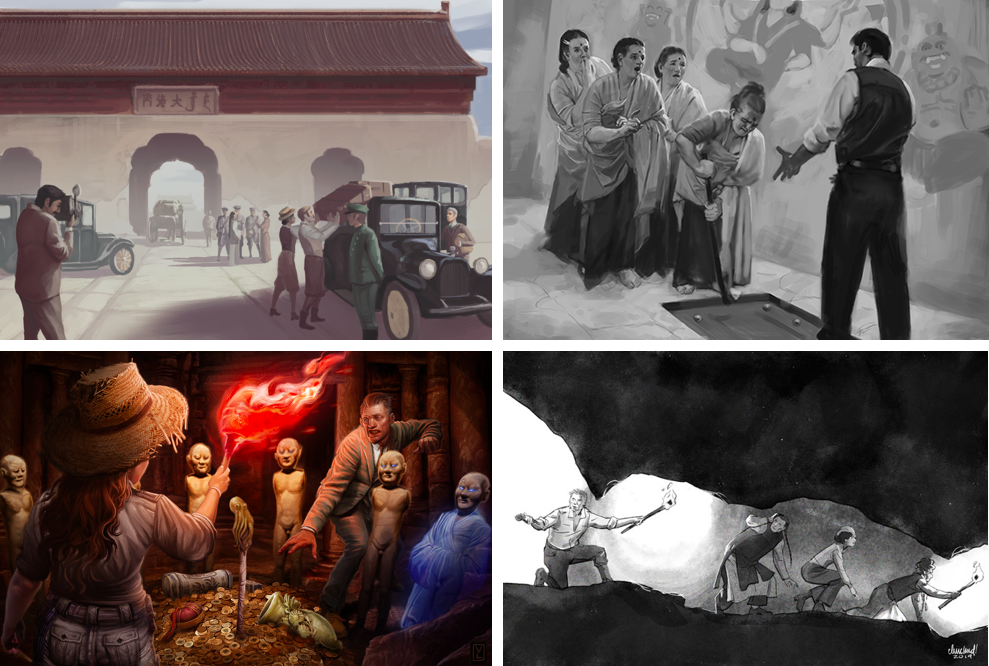 Children of Fear is a Call of Cthulhu campaign supplement by Lynne Hardy. It is due for a mid-2020 release.

Top: 'Dakini' by Magda Mieszczak
Right: 'Scorpion demon' by Mariusz Gandzel
UL: 'Imperial gate' by E Mali Ware
UR: 'Kumari Ma and the Crowbar' by Doruk Golcu
BL: 'Terracotta figures with artefacts in a tomb' by Victor Leza
BR: 'Section through a mountainside' by Caleb Cleveland