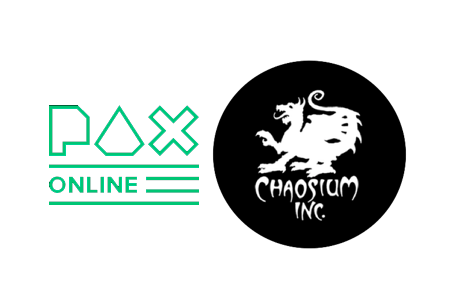 PAX Online is finished! Over the past nine days Chaosium and friends enjoyed participating in panels and live play games, and - with grateful thanks to our Cult of Chaos volunteers - running over a hundred tables of games this past weekend.

If you missed the live events we took part in on Twitch, here they all are on Chaosium's YouTube channel:

GET A FOOT IN THE RPG INDUSTRY DOOR WITH COMMUNITY CONTENT Panel
With MOB, M.T. Black, and Lysa Penrose.

Many thanks to everyone who joined in on these panels and live play games: we had a blast!

We hope you had fun at PAX Online. Until the end of the month, use the code 'PAXONLINE2020' to get 10% off your order at Chaosium.com!

See you at PAX next year - in person (we hope), otherwise on line!