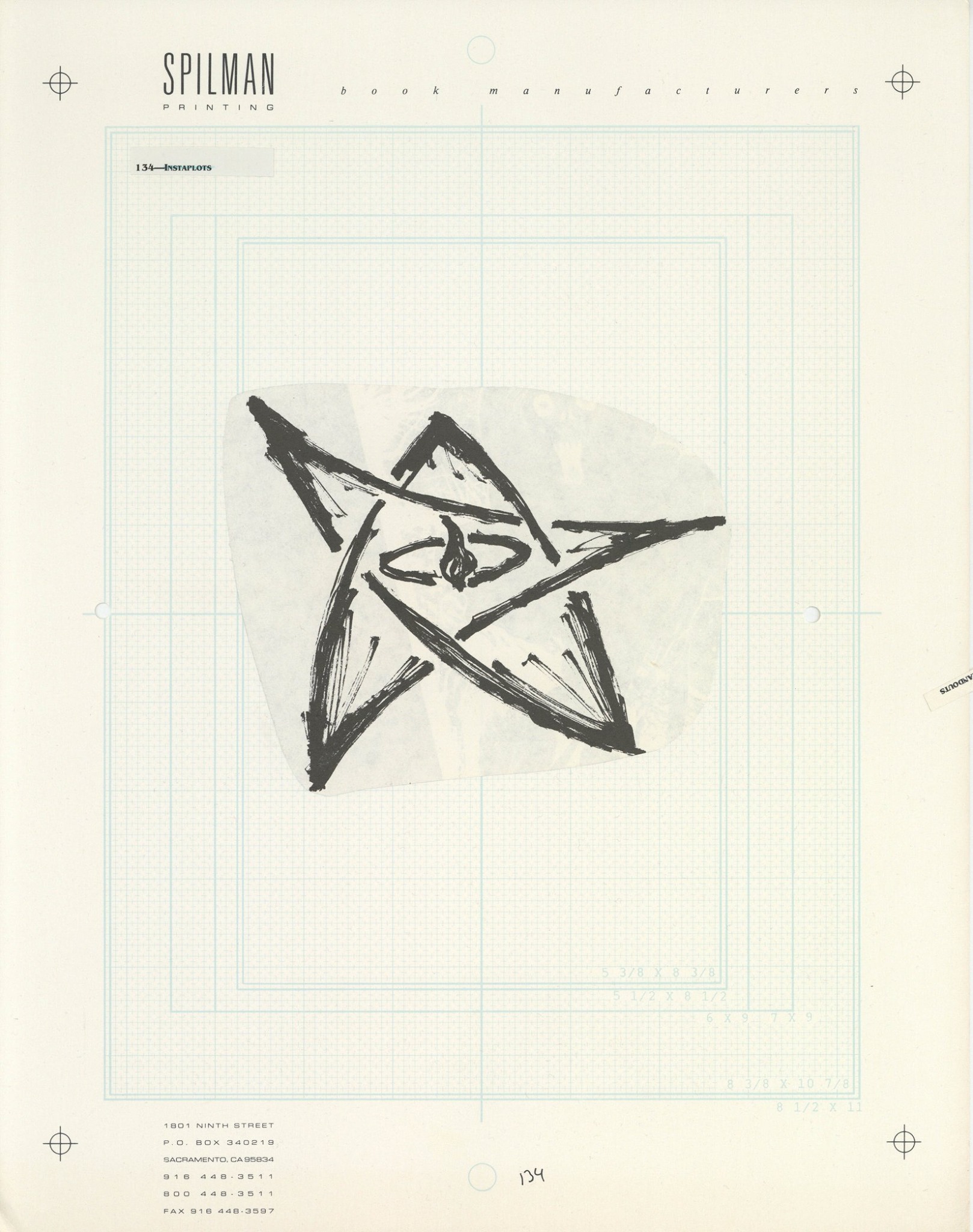 A relic from The Chaosium archives... I came across the original layout board for page 134 of 1990's Cthulhu Casebook. This is the Star Elder Sign – which first appeared as the 'Arcane Symbol' in Call of Cthulhu 2nd edition (1983).

When recreating that rulebook and everything else for the Call of Cthulhu Classic Kickstarter, we didn't just make nice scans of the pages. We recreated text files from the originals, remastered all of the art individually, redid their layout in InDesign, and then exported that as PDFs in Adobe Creative Suite. This means the new files are crystal clear, searchable, and hyperlinked.

But back in 1983, the Star Elder Sign was literally cut and pasted in, with glue. Kids, that's how layout was done back in those days...

Sam Shirley, who worked at Chaosium in the 1990s, doing "editing, writing, line developer, pasteup and layout, even print buying", tells more about the process back then:

"An image like this would have been enlarged on the stat enlarger, a big machine we kept in the back room. I can confirm that Chaosium had a waxer when I first started there in '91 for laying out columns of copy. We used glue sticks for something like this image, and retired the waxer eventually because glue sticks were easier. We'd typeset columns of text in Ventura and get it printed out at the typesetter, then take the typeset rolls and cut the columns into strips and wax the back. Then we'd lay out the text on pasteup boards like you see here, starting on the last page and lay out the copy backwards toward the front, adding in black and white artwork resized on the stat machine. A finished book would be a stack of 128 (or 142... in signatures of 16 pages) of these boards, which we wrapped up and packaged very carefully, because if it got wet or damaged your book was ruined and you had to start over. We'd drive the boards to the printer in Sacramento and have lunch with their sales rep.

"I actually almost lost a book to the rain once. I had almost finished with the layout and left the stack of boards on the light table. It stormed overnight, and when I got to the office in the morning I discovered the roof had leaked and soaked some of the office, but luckily missed the light table. It think it may have been Boy King.

"I got the company converted over from PCs to Macs in the early 90's so we could do layout in Pagemaker and eventually Quark Express. By the time I left (in 1997) we were doing full digital layouts, scanning images and delivering books as postscript files on removable hard drives."

Yesterday we shared the good news that all of the printing of the boxes and their contents has been completed and collation of the boxed sets has been underway all month, with February 22nd the scheduled date for bulk shipment to our warehouses. If you missed the Call of Cthulhu Classic Kickstarter, we'll be selling the remaining copies of Call of Cthulhu Classic via Chaosium.com AFTER distribution to backers is completed. 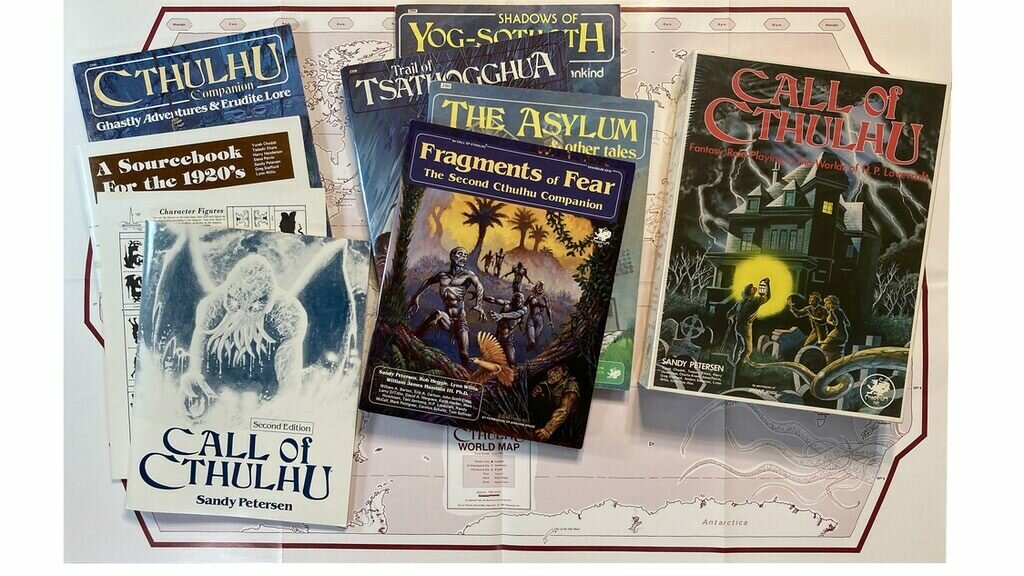