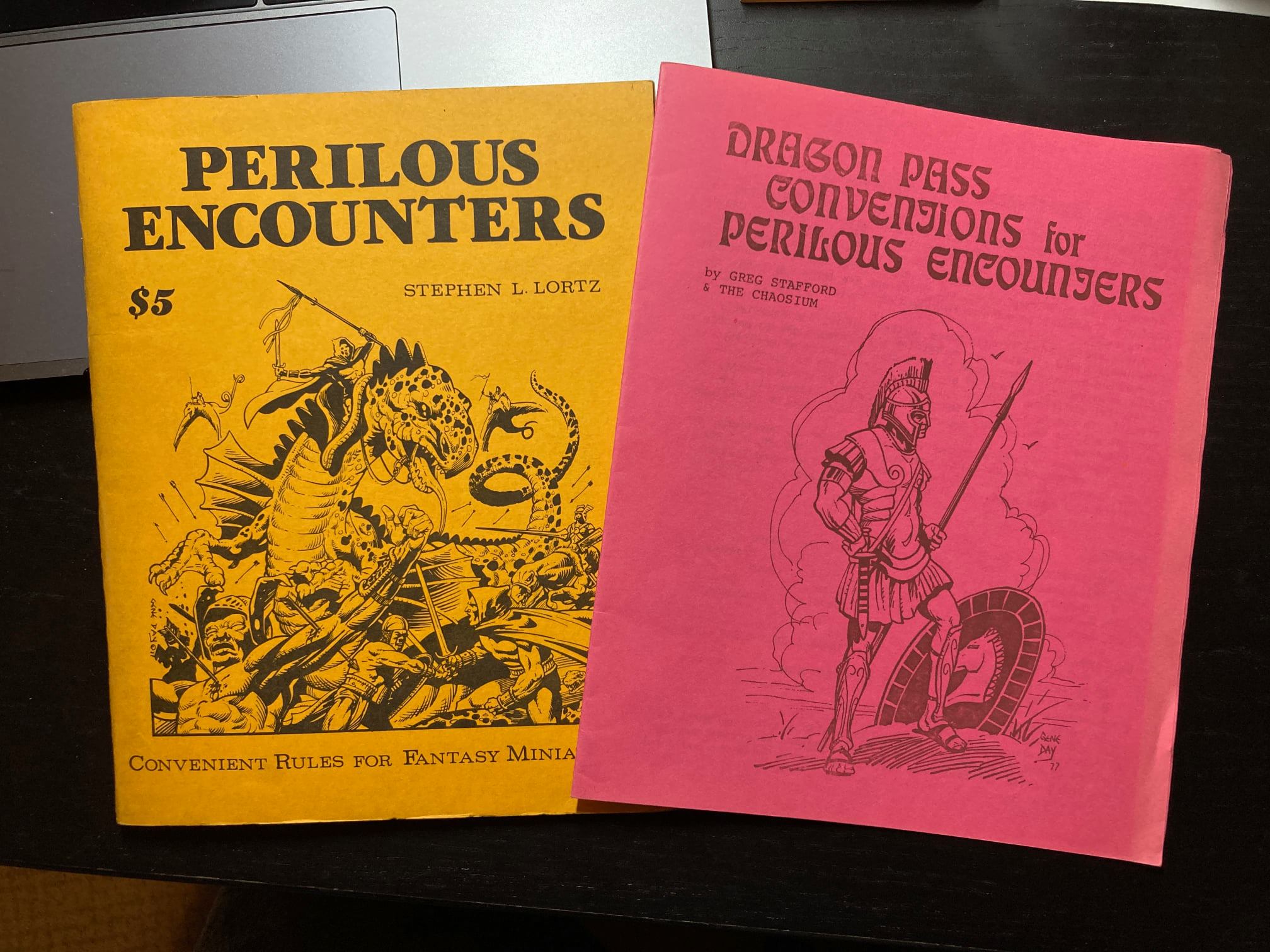 A last minute request pleasantly shifted some of my work priorities recently. Many of our current projects mine our vast library of prior Chaosium publications for inspiration and depth of material. Being the de facto company archivist, I was asked if we had an electronic copy of Perilous Encounters and the even rarer Dragon Pass Conventions supplement for it available. As sure as the sun never rises on Chaosium, my reply was “they could be”. Challenge accepted, it was into the vaults and off to work.

During the height of our wargame years, The Chaosium published Steve Lortz’s Perilous Encounters in 1978. It featured the amazing art of Gene Day, most of which he had drawn previously in 1977. Its 44 pages of fantasy miniatures rules for beginners were described as “It has always been our intention to present the finest quality games for experienced game players, but it is also our intention to present the novice gamer with enjoyable and playable games of similar high caliber.” Don Dupont (Troy) and Nevile Stocken (Archive Miniatures), two early Chaosium collaborators, honed the project into its final form.

We printed 1000 copies, sold them all, and that was that, at least for then.

Steve passed away in 2017. He was part of the Chaosium team way back in the 1970's. In addition to Perilous Encounters, with his brother Kurt, Steve also created the now legendary 1980 game Panzer Pranks (tagline: "WW2 as it actually was in the movies.") Greg Stafford noted that Panzer Pranks "violates just about every convention of standard board war games. For instance, movement points can be saved up from turn to turn and all expended at once. It has line of sight rules, so that hills or terrain obstacles obstruct sight. However, by stacking the unit counters on top of each other the top unit can see over the obstacle. Tanks can make bank shots off the edge of the board."

From almost the beginning, The Chaosium often experimented with new games from unexpected sources. Many years later we delight in rediscovering and reintroducing them as and when we can. Who knows what Chaosium Classics will appear over time...