​New Maps for our Flotsam and Jetsam Organised Play Campaign! 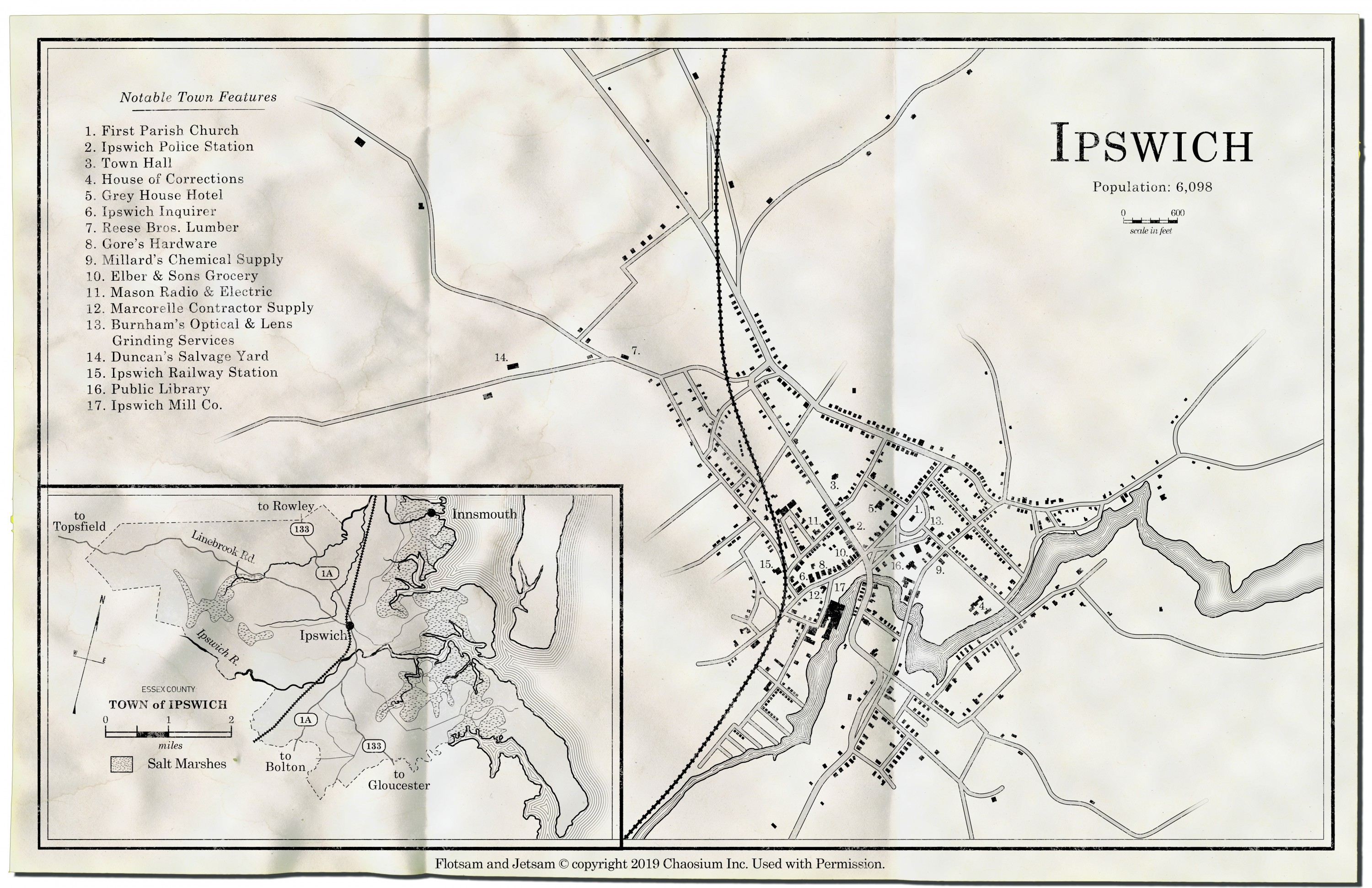 This is the players' version of a new set of maps by Matt Ryan for our current Organised Play campaign, Flotsam and Jetsam. There is also a Keeper version with secret locations marked on it.

Presented as four separate and loosely linked scenarios, each episode of Flotsam and Jetsam is released free on a monthly basis to Keepers in the Cult of Chaos, Chaosium’s volunteer network of gamemasters. Part One and Part Two have already been released.

If you'd like to take part too, join the Cult of Chaos - it's free!