There is much to learn from M.T. Black's own journey as a TTRPG creator. So, with his kind permission, we are sharing his speech here for the benefit of fellow independent creators in the Miskatonic Repository and Jonstown Compendium community content programs. 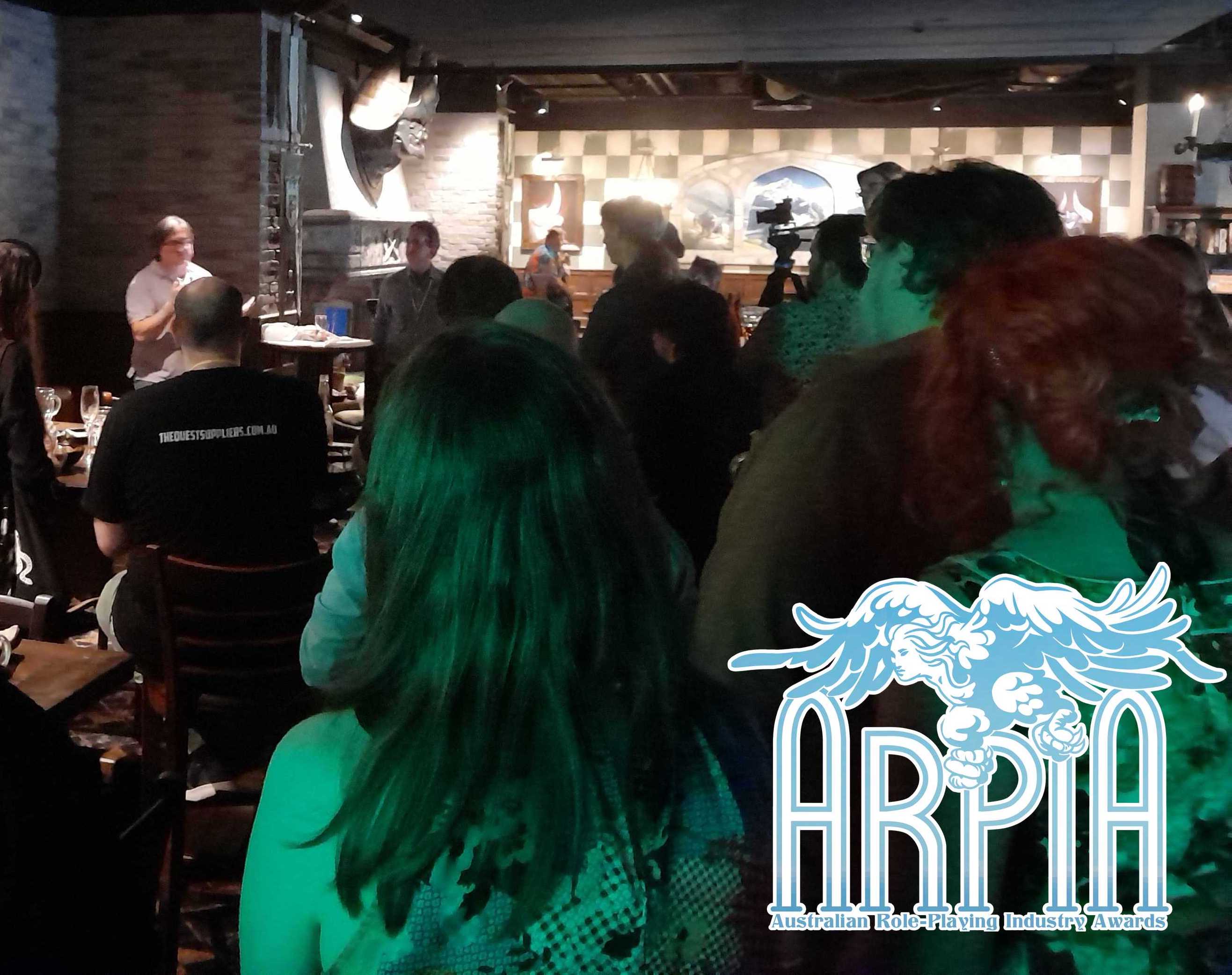 "Hi, my name is Craig and I’m a freelance game designer and indie publisher who goes by the pen name of M.T. Black. I mostly work on D&D-related stuff and I’ve had a bunch of contracts with Wizards of the Coast, but I’m focusing on my own IP these days.

I’m also part of the organizing committee for the Australian Roleplaying Industry Awards (ARPIA) and I’m very pleased to be able to share a few words with you this evening.

I started playing RPGs in 1983, nearly forty years ago, and I’ve always been keenly interested in the commercial side of the hobby. There have been a couple of times over that forty-year period where it seemed as if the industry was close to extinction. And so it’s been both surprising and thrilling to see the recent growth in the RPG hobby, which is now bigger than it’s ever been.

All this growth raises an obvious question—how can you increase your share of the pie? I think that’s a legitimate question! After all, you are not coal barons looking for another billion. Game designers have some of the highest levels of income insecurity that I’ve seen, and it’s perfectly reasonable to ask how we can improve the situation.

To provide one answer to that question, I hope you’ll permit me to discuss my own experience briefly. I’ve been playing RPGs for a long time, but I’ve only been publishing since 2016. I got my start on the DMs Guild, which is the official D&D community content platform.

I mostly wrote adventures. Anyone looking at my products in early 2016 would not have predicted I’d one day sell 100,000 books on the platform! Sales were slow back then. By the end of the year I had written 14 small adventures selling for $1 or $2 each, and I tried an experiment. I bundled them as the Complete Adventures of M.T. Black for $10, hit the publish button, and went to bed.

The next morning, I woke up and saw it was the number 1 title on the platform, a position it held for 5 months. It stayed in the top 10 for about 2 years and has now sold over 10,000 copies. And it really opened doors for me in the following years.

The thing to note is that I didn’t make any game design changes to get these improved results. What I’d done was implement a common marketing technique called a “sales promotion,” although I didn’t have that vocabulary back then. I achieved greater sales by marketing the game better, not by making the game itself better. I completely understand if that feels like a bitter pill to swallow!

What was really fascinating, though, was the reaction of my peers in the creator community. Most were supportive and wanted to talk about promotions etc. But a couple of people were actively hostile and tried very hard to convince me not to use any marketing techniques on the Guild, even something as obvious as bundling up related products.

As I’ve progressed in my career, I’ve encountered this attitude time and again amongst indie game publishers. They are very serious about their craft, they want game designers to be properly compensated, but they are positively allergic to anything related to marketing. And they sometimes actively discourage other designers from going there as well.

What are the objections? I think I’ve encountered two.

First, there is the idea that marketing is implicitly dishonest and therefore inherently immoral. A few years ago there was an [Australian] consumer affairs show called The Checkout, which had a segment called “Package vs Product.” They showed you the packaging of a food product from the supermarket, with the photo invariably depicting a sumptuous feast. They then opened the package, and the food itself looked like dog vomit.

For some indie designers, this is the essence of marketing—disguising dog vomit as a sumptuous feast. Someone who uses marketing, in this view, is both cheating and also implicitly admitting that their game is dog vomit.

The second objection follows on from the first. It is that marketing corrupts the natural economy of the industry. What I mean is, if marketing is elevating the dog vomit game into the top 10, it is also unfairly displacing the sumptuous feast game. Some folk seem to believe that, without the distorting influence of marketing, sales of a game will roughly match the quality of a game. That is, the RPG market could and would operate as a kind of meritocracy. The cream would rise to the top.

This argument mostly fails because it is built on a massive assumption—that a cultural market free of outside influence operates as a meritocracy. We can say with some confidence that this idea is false.

A few years ago, a sociologist named Matthew Salganik got curious about cultural markets. He noted:

Hit songs, books, and movies are many times more successful than average, suggesting that "the best" alternatives are qualitatively different from "the rest;" yet experts routinely fail to predict which products will succeed.

He and his colleagues set up a brilliant social experiment to understand what was happening. They recruited 15,000 teenagers and allocated each of them to one of eight virtual worlds on a simple social media platform. They then gave the participants access to 48 unknown songs that they had to listen to and rate. Participants were then given the choice to download the song or not. The average rating represented the song's quality, while the total number of downloads represented its popularity. Salganik then correlated these two measures and looked for patterns.

The results were fascinating. The song's quality had some influence over popularity, but it was very limited. Salganik said, "The best songs rarely did poorly, and the worst rarely did well, but any other result was possible."

Instead, they found that the popularity charts in the different worlds all behaved in a wildly different manner. A song that might have been a hit in one virtual world may have only been a mediocre performer in another virtual world. The charts in each world evolved unpredictably, despite identical songs, identical initial conditions, and statistically indistinguishable populations.

What this suggests is that cultural markets (such as Itchio or DriveThruRPG) are not natural meritocracies. If you strip away outside influences, the popularity charts will evolve in a random and unpredictable manner. The cream does not rise to the top on its own. Let me ram home the point—in your ideal world that has no marketing, the success of your product comes down to the roll of the dice.

That all sounds a bit hopeless, and some creators react very strongly against these findings. But if you believe what sociology is telling us, what can you do? It’s here that I believe there is a positive role for marketing.

I can’t find the source, but someone once said that marketing is the act of putting your product in front of the people who might like to buy your product. If we think about it that way, and behave in an ethical manner, then good marketing benefits the game player as well as the game maker. Rather than an act of deception, it becomes an act of communication. The game player gets to learn about a game that they might like, while the game maker gets a potential sale that contributes toward just compensation for their work. As a game player myself, I want more and better information about games. I know there are games out there that I would love if I knew about them.

I hope this talk will cause some of you to reappraise your relationship with marketing. Because you deserve to get paid for your work, and the world deserves to know about your game.

Thank you very much." 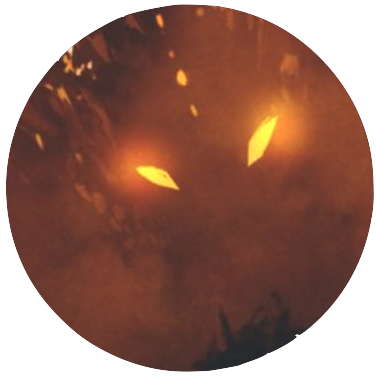 M.T. Black is one of the most successful content creators in the DM's Guild, the community content platform for Dungeons and Dragons. In addition to a number of adamantine and platinum best sellers there, he is co-author of the official D&D 5e release Baldur's Gate: Descent into Avernus.

M.T. Black has also published in the Miskatonic Repository, with his Call of Cthulhu scenario The Room with No Doors.