Lords of Middle Sea: The Roleplaying Game is in development. Based on Lynn Willis's 1978 futuristic proto-Steampunk board game, set in the post-apocalyptic ruins of a flooded North America, the tabletop RPG utilizes a streamlined version of the Basic Roleplaying system.

Here's a preview of the front side of the playtest (NOT FINAL) voyager sheet. The back is mostly just expanded with blank entries for more duplicated skills, etc.

When it's time to playtest a new game, I put together a character sheet in Illustrator. Over the years I've built a number of these and it's quite easy to update as required.

For those who've been following the development posts, there should be no surprises, but I am happy to answer any questions for the curious*. 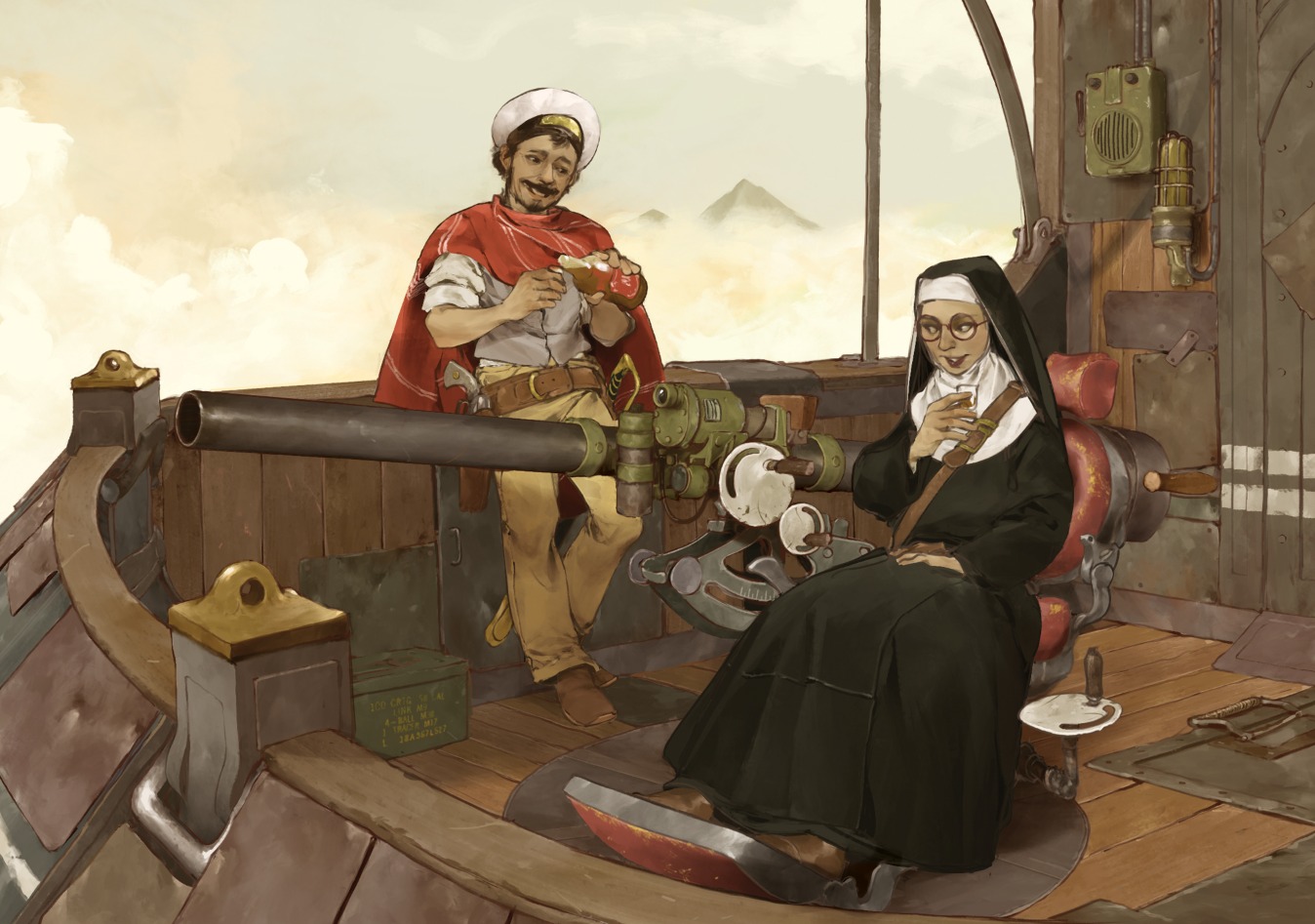 Plus, it has come to our attention that we haven't showed that much art other than the cover. So at the top, here's a particular favorite, titled "Gun Deck & Tequila", featuring a quiet moment between our iconic voyagers Captain Diego and Sister Manita. Art by Eduardo Gutiérrez García, who also did the cover of the SoloQuest for the RuneQuest Starter Set.

*follow the Lords of the Middle Sea facebook page, or the Mythic Worlds forum at BRP Central! 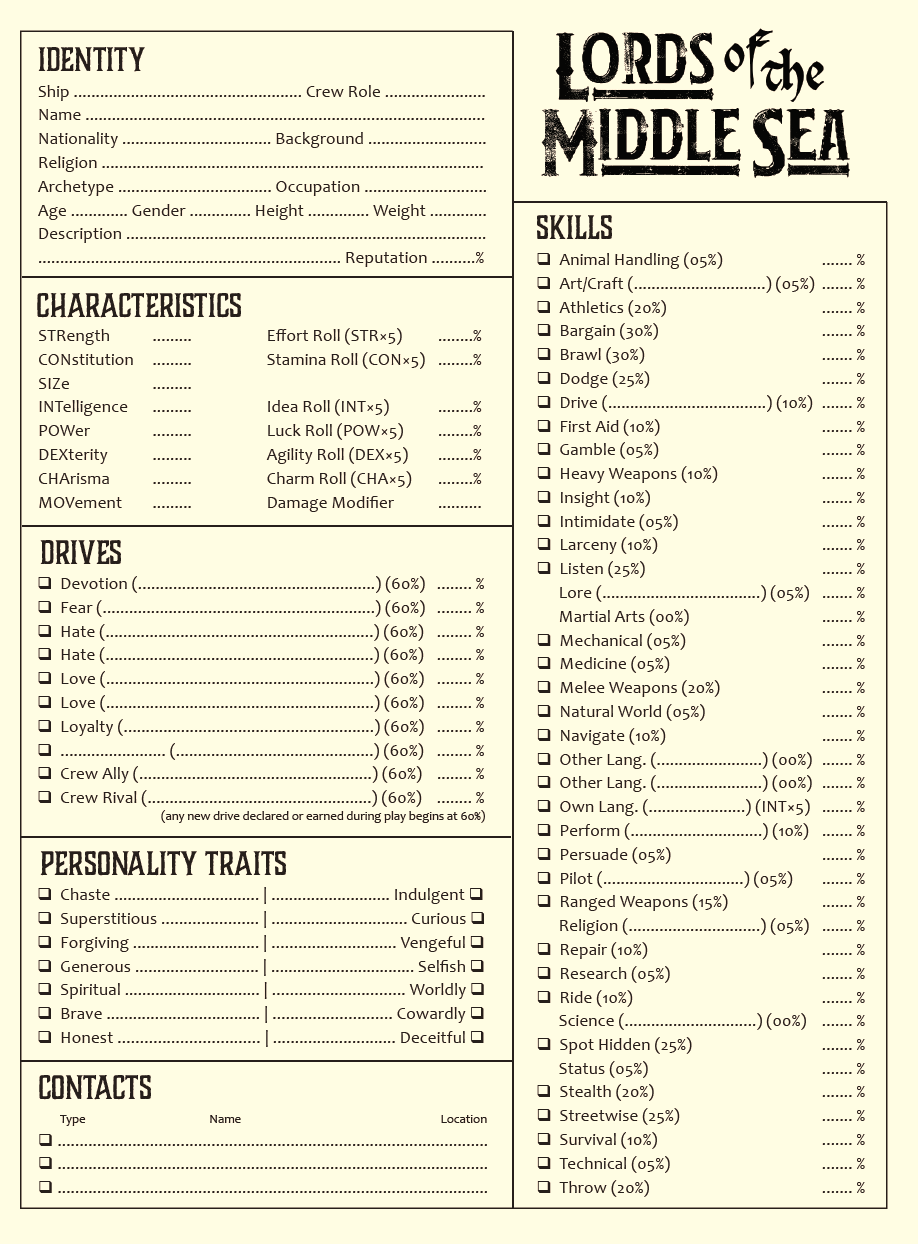 Jason writes: Some sharp-eyed readers have noticed that the front of the voyager sheet (shown above earlier) lacks some features common to BRP. In fact, those are on the flip side of the sheet for easier reference. I suspect we'll do a "all on one side" sheet, as well as a few variants. This side also has a few unrevealed aspects of the setting, including psychic powers and mutations! 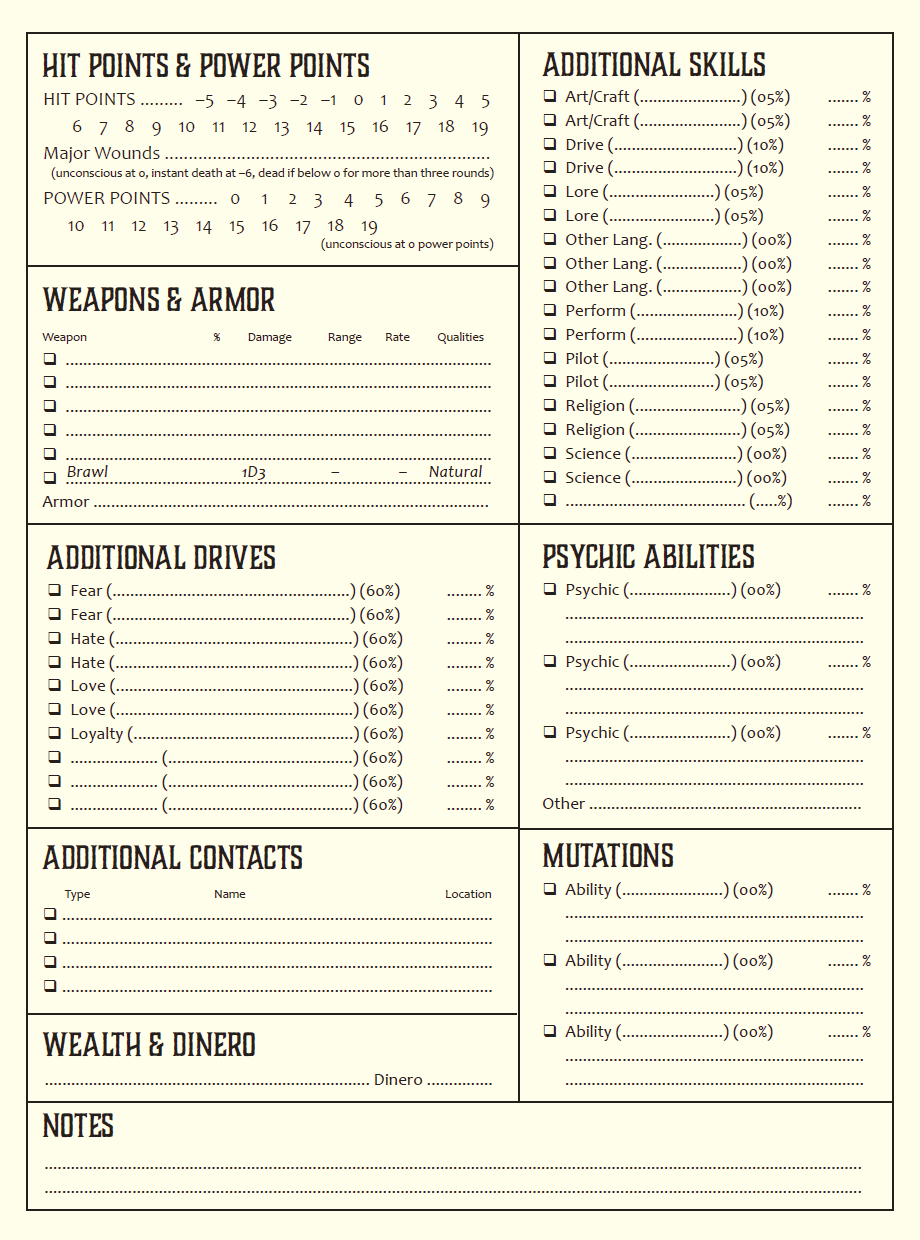