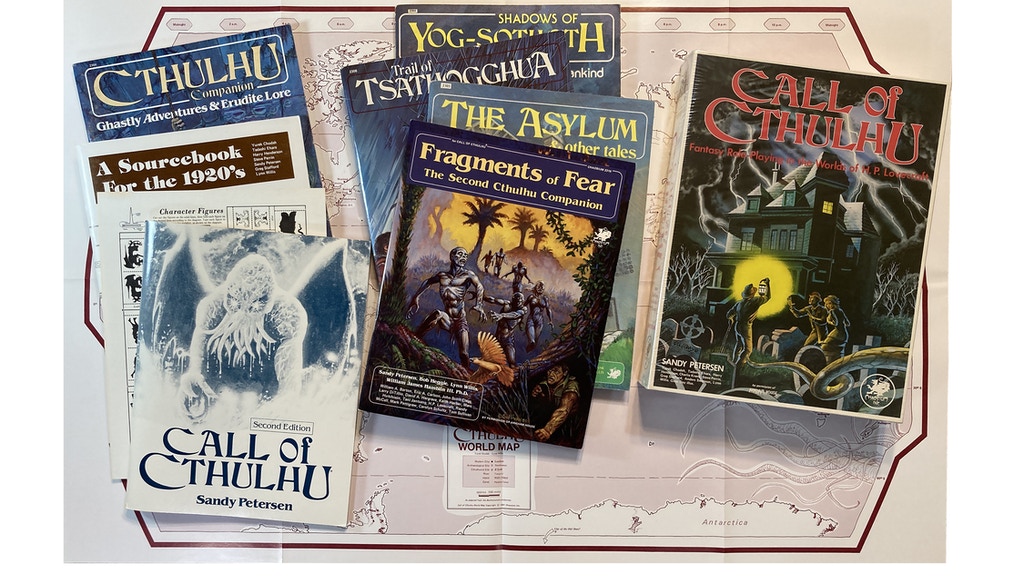 On a cold and rainy day back in 1981 Chaosium unleashed its Call of Cthulhu tabletop roleplaying game on an unprepared world...

To help celebrate the 40th anniversary of Call of Cthulhu, this Friday (July 2nd) we're launching the Call of Cthulhu Classic Kickstarter, featuring a remastered version of this iconic boxed set and five of its first supplements (Shadows of Yog Sothoth, The Asylum & Other Tales, The Cthulhu Companion, Trail of the Tsathogghua, and Fragments of Fear).

"Because we want to deliver these boxed sets in time for the anniversary later this year, we've already got all of these books and boxes ready to print. If this Kickstarter gets funded, within a week of ending, we're going to be sending out ALL of the PDFs to the backers. All of the files will be off to the printer shortly after that. No waiting on writers, or artists or layout to get this done. We print. We ship."

Chaosium hopes you will join us as we celebrate Call of Cthulhu's 40th anniversary and back this project!

Sign up to be the first to hear our about the Call of Cthulhu Classic Kickstarter Launch, plus all latest news and updates about Chaosium games.