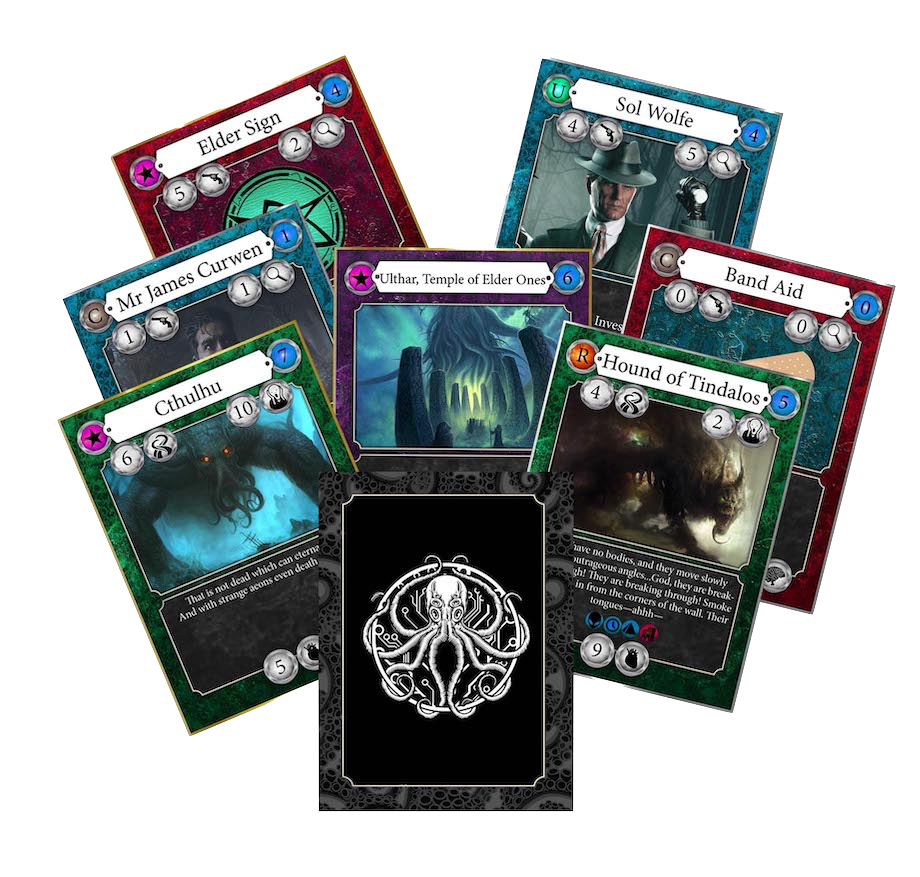 Emerging from the chaos and madness of the Cthulhu Mythos comes the Ethernomicon collectable card game, where you play a faction seeking control of the Earth and all upon it...

Players fuel their unholy conquest with location cards, which provide the resources to summon monsters as well as inspire deluded investigators to interfere with the plans of your opponent.

The game has grown out of an MU student project* that was looking at building an online game where the cards would be tracked on the blockchain** - this project is the physical version of that game!

The online version is on hold for now: writing games for the block chain is, as H.P. Lovecraft so memorably said, like the piecing together of dissociated knowledge that will open up such terrifying vistas of reality, and of our frightful position therein, that we shall either go mad from the revelation or flee from the light into the peace and safety of a new Dark Age.

But if this Kickstarter is successful the MU grads will risk their sanity to run another, to fund development of an online version (and naturally backers of this kickstarter will be first in line for goodies!) 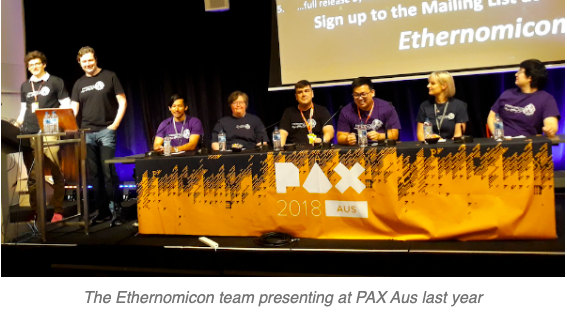 *MU is Monash University, one of Australia’s leading universities, ranking among the world’s top 100.

**The blockchain is a digital ledger in which transactions made in cryptocurrencies are recorded chronologically and publicly. Blockchain gaming applications are a very recent development. These young MU students are at the forefront of this whole new gaming ecosystem.

Ethernomicon is a partnership between Ethernomicon Pty Ltd, a Melbourne based block chain startup working on distributed ledger based trading card games, and Chaosium Inc, publishers of the Call of Cthulhu roleplaying game. Ethernomicon is produced under license from Chaosium.